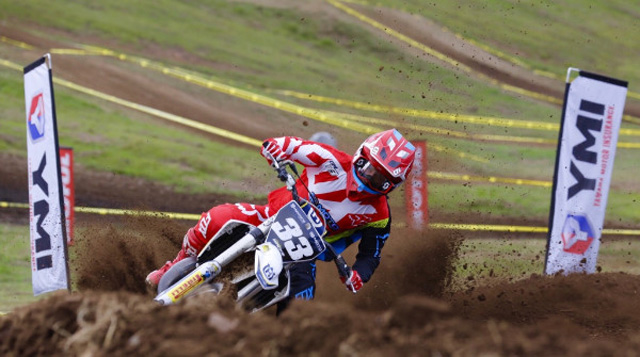 The 125cc Gold Cup Class provided plenty of entertainment at Conondale in Queensland yesterday, with the young and old all hitting the track as the support class alongside Round 3 of the 2017 Motul MX Nationals.

With two 15-minute races making up the class‰Ûªs program yesterday, riders were tested on the Green Park circuit with Husqvarna mounted Cody Mackie eventually walking away with the first round win for 2017.

Former National champion Cameron Taylor set the pace during qualifying aboard his Yamaha 125 two-stroke machine yesterday morning, with a competitive 2:22.571 lap time, while Joel Hall (Yamaha) and Clay Kilvington (KTM) second and third fastest on track during the session.

When race one got underway for the support class, fans were treated to the sights, smells and the sounds that the two-stroke machines are renowned for.

With 15 minutes on the clock in race one, Mad Max stuntman Mackie wasted no time at all in moving in to the race lead, and it was there that he stayed for the duration of the moto.

In moto two Mackie once again put on a performance for the thousands of spectators at Green Park.

Despite the track having become more technical and challenging throughout the day, Mackie took the win once again in race two from Taylor, while Morrissy improved in the second moto to finish in third. Kilvington and Oates crossed the line in fourth and fifth places, while Powell, Dank, Cavanagh, Hall and Sam Garry finished inside the top ten.

With 1-1 race results, Mackie finished his first appearance in the 125cc Gold Cup class on the top step of the podium. Second at Conondale was taken by Taylor, while Morrissy finished the day‰Ûªs event in third.

‰ÛÏI‰Ûªm stoked with how today went. I managed to get pretty good starts and just rode my own race,‰Û 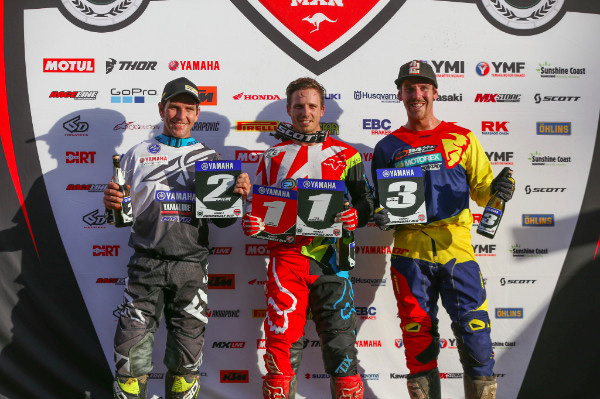 The next appearance for the Yamaha 125cc Gold Cup class will be held at Shepparton in Victoria on July 16.