Cody Dyce ready to take on the world in Russia 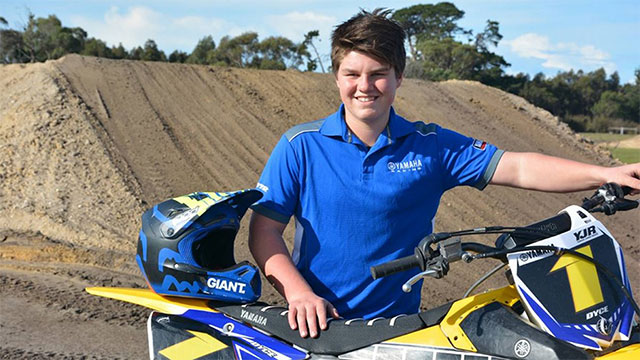 Cody Dyce will compete against the best junior motocross riders in the world when he takes part in the FIM Junior Motocross World Championships held at Orlyonok in Russia this Saturday, August 14.

Cody, 15, will go up against the world in exceptional riding form having recently won the state‰Ûªs 250cc junior title and finished third in the 125cc junior title at the final round of the Victorian Junior Motocross Championships in July.

Cody also dominated the Yamaha Rising Stars Rookies Cup at the MX Nationals in Shepparton on Sunday, July 31, claiming the overall championship lead with one round remaining.

Cody is thrilled to be heading over to Russia to represent Australia on the world stage: ‰ÛÏI‰Ûªm pretty excited. I‰Ûªm keen to get over there and see what I‰Ûªve got against these faster kids. I‰Ûªve never been overseas before,‰Û