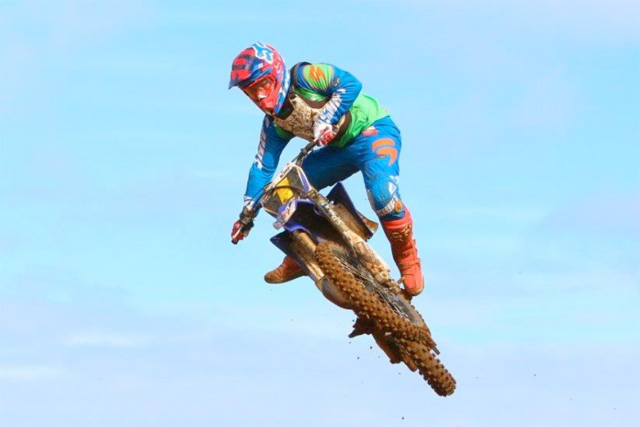 This past weekend Ararat MX club hosted round 3 of 2016 Junior Victorian Titles. Yamaha Junior Racing team mates, Liam Andrews and Cody Dyce, were fired up to get back on track after an up and down start to the season.

The riders were greeted with a fine and sunny Saturday and a hard clay based track. Cody was racing his YZ250F and was hoping to increase his slender 7 point lead in the championship.

Race one was a titanic tussle for all 15 mins plus 1 lap with five of the top junior racers from all over Australia and New Zealand and were separated by about 5 secs at the finish. The track made making time be tough so good starts and no mistakes was the order of the day and that's what Cody managed to do to take the win. Race two was more of the same with a great start and taking the lead about half distance to bring it home in front again.

Race three Cody's start wasn't quite as good and with almost no passing in the top six for the whole race in dusty and slippery conditions. He took a safe third and his 1-1-3 results gave him the round win and extended his points lead to 24 with one round to remaining.

Liam was racing his YZ85 in the A grade 85BW class in a super packed field of young talent. After a top 10 start in race one Liam slowly picked off riders to race to third at the finish to have the best ride of his season so far. Another top 10 start and some banging bars in the first corner made it tough in race tow but a fifth was a solid race result.

Nearly grabbing a holeshot in race three and hanging on to the leaders for a number of laps really wore Liam out but he hung in there to finish fourth and his 3-5-4 results was atop effort and his fourth overall for the round really shows Liam's work in between rounds is paying off. 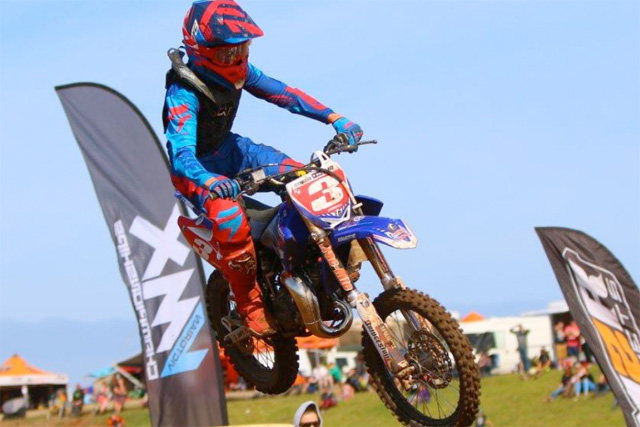 Liam Andrews was on the gas on his YZ85 - Credit: John Smith
Sunday rolled around and Cody was racing his YZ125 and with the forecast of rain for the day anything was possible on such a hard packed surface. After dropping a race at round one Cody has been playing catch up in the points so no mistakes was the mission.

Race 1 Cody was caught up in one of the many first corner incidents so coming from last to ninth was a great ride. Cody started race two outside the top 5 and but started picking riders off one by one to finish only one second behind the leader in second place.

Race three and steady drizzle falling making the track super slick Cody lead from start to finish to take the win. Fourth for the day shows what a super competitive field it is this year. The days‰Ûª results moves him to third in the 125cc championship.

"This weekend I was so determined to get back on top after the way the second round went down,‰Û