Clout To Be At His Best In Bid For 2019 Championship 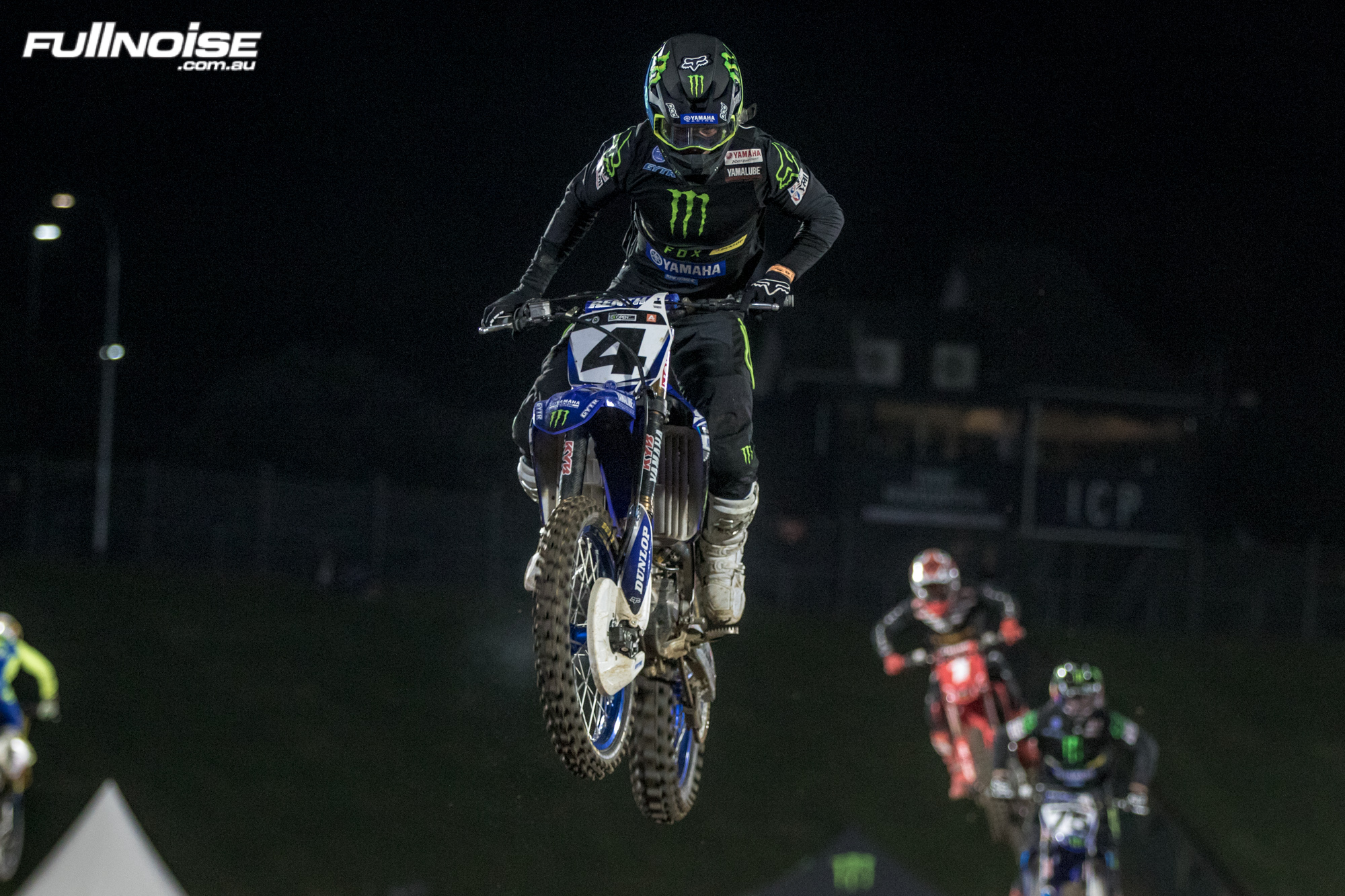 Clout now leads the championship by one point in the premier SX1 (450cc) division over US import Justin Brayton and a further eight points back to CDR Yamaha team mate, Dan Reardon. With one round to go at Marvel Stadium on November 30, its shaping as a knock-down, drag ‰Û÷em out, winner take all, Oz vs US shootout!

Clout has been a model of consistency in the first four rounds and has yet to finish off the podium so far. He kept that streak going in Auckland to finish in second place with 4-1-4 results in the Triple Challenge format contested on Saturday Night. 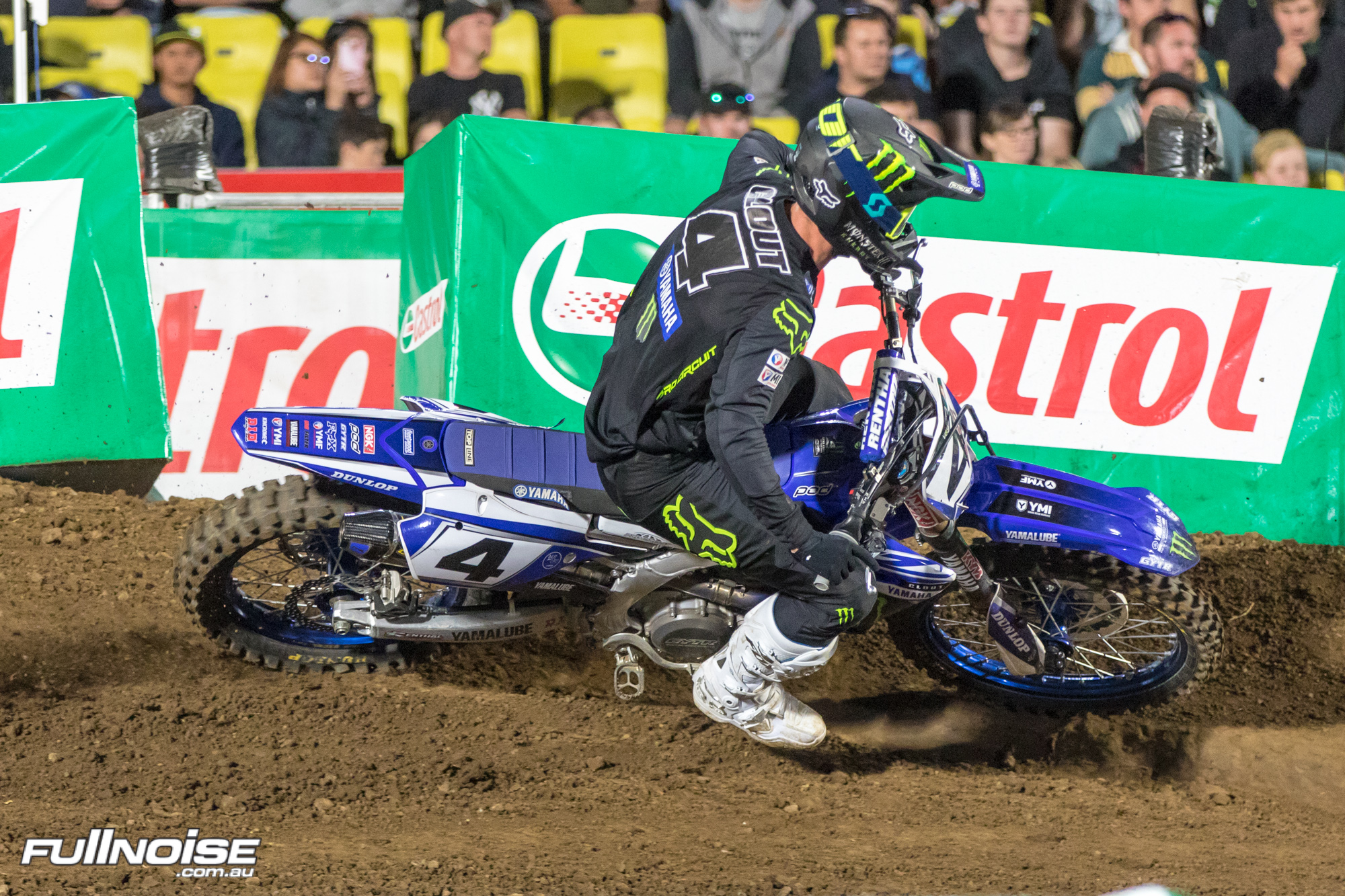 Just a single point seperates Clout and Brayton heading into SX-Open Melbourne - Credit: Aaryn Minerds
The three race, back to back format provides unpredictable and thrilling racing and combine that with the Sky City Short-Cut that allows the riders to use a fast lane to their advantage once in the three races and you never know the winner until the race is over.

Clout pulled the short cut to his advantage in race two to take the race win and set up his podium position for the night. He has now finished with 3-2-1-2 results in the four rounds but is looking to keep the momentum rolling into Melbourne.

‰ÛÏI had a goal last night to be on the podium and the only rider I think capable of beating me was Jason Anderson (2019 World Champion) and I was able to achieve that,‰Û 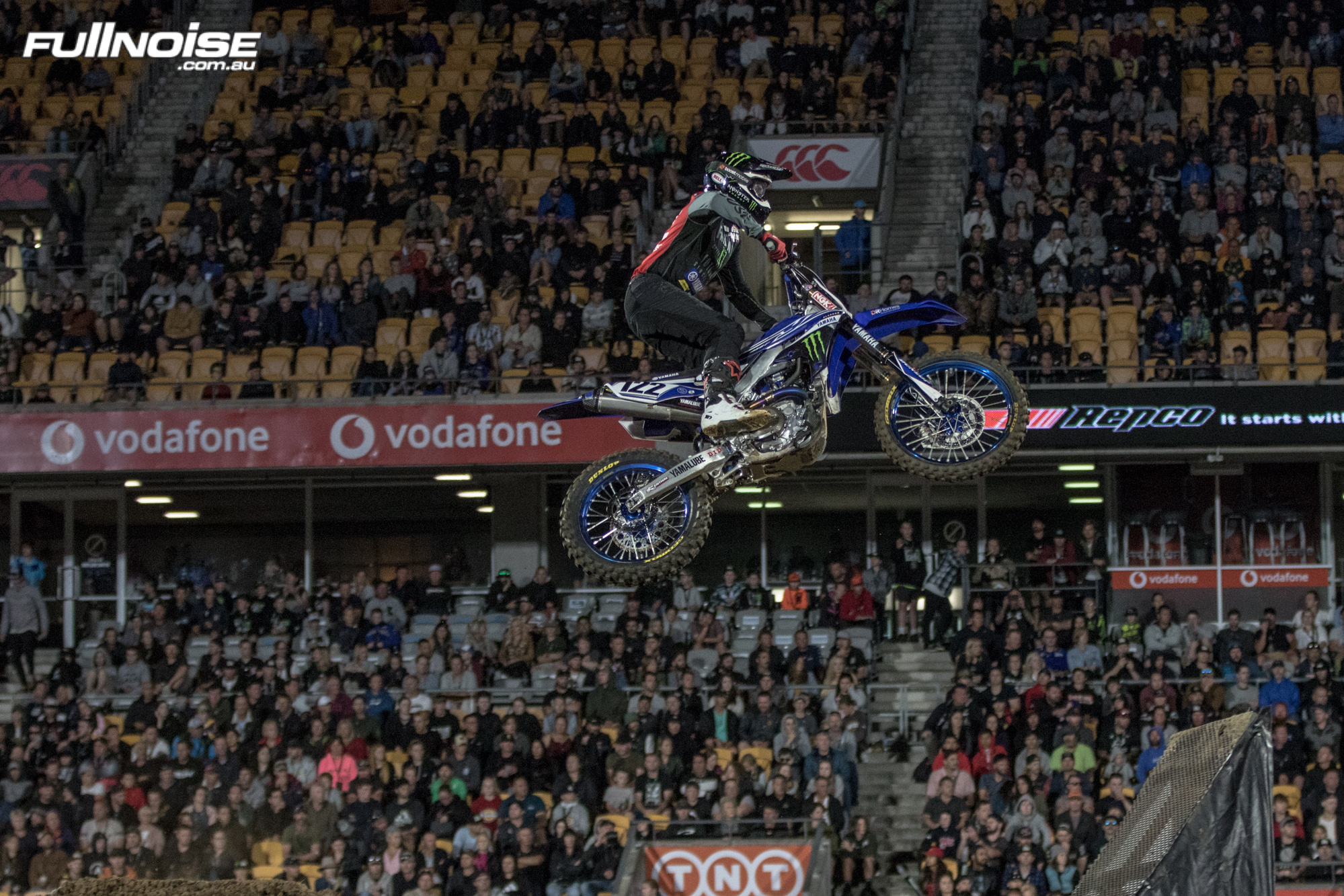 Dan Reardon will look to heal up before taking aim at victory at the final round in just over a weeks time - Credit: Aaryn MInerds
Dan Reardon came home in fifth place after a challenging night that saw him take a trip to the hospital to get stitches in his hand/ thumb after coming together with another rider in a hectic night of racing.

Reardon compiled 5-7-2 results on his way to fifth and was close to snaring the final moto victory but, Jason Anderson made the pass in the closing stages to pinch it out from under him.

Despite the slightly off night, Reardon still remains in with a chance of taking the 2019 championship as he sits nine points behind championship leader, Luke Clout. With nothing to lose and everything to gain, expect to see Reardon come out all guns blazing at the final round.

‰ÛÏI knew the importance of these final two rounds as having the extra US riders can really seperate the points. I started out strongly in qualifying and was confident going into the triple crown format," Reardon offers.

"The triple crown format just amplifies the aggression on the track and the improtnace of great starts and unfortunately, my starts suffered in all three races. I also took a hit in the second race and punctured my hand so I list a few valuable points on the night and in the championship.

"I will let me hand heal this week, get back into training and be ready for the final round in Melbourne on Novmember 30." 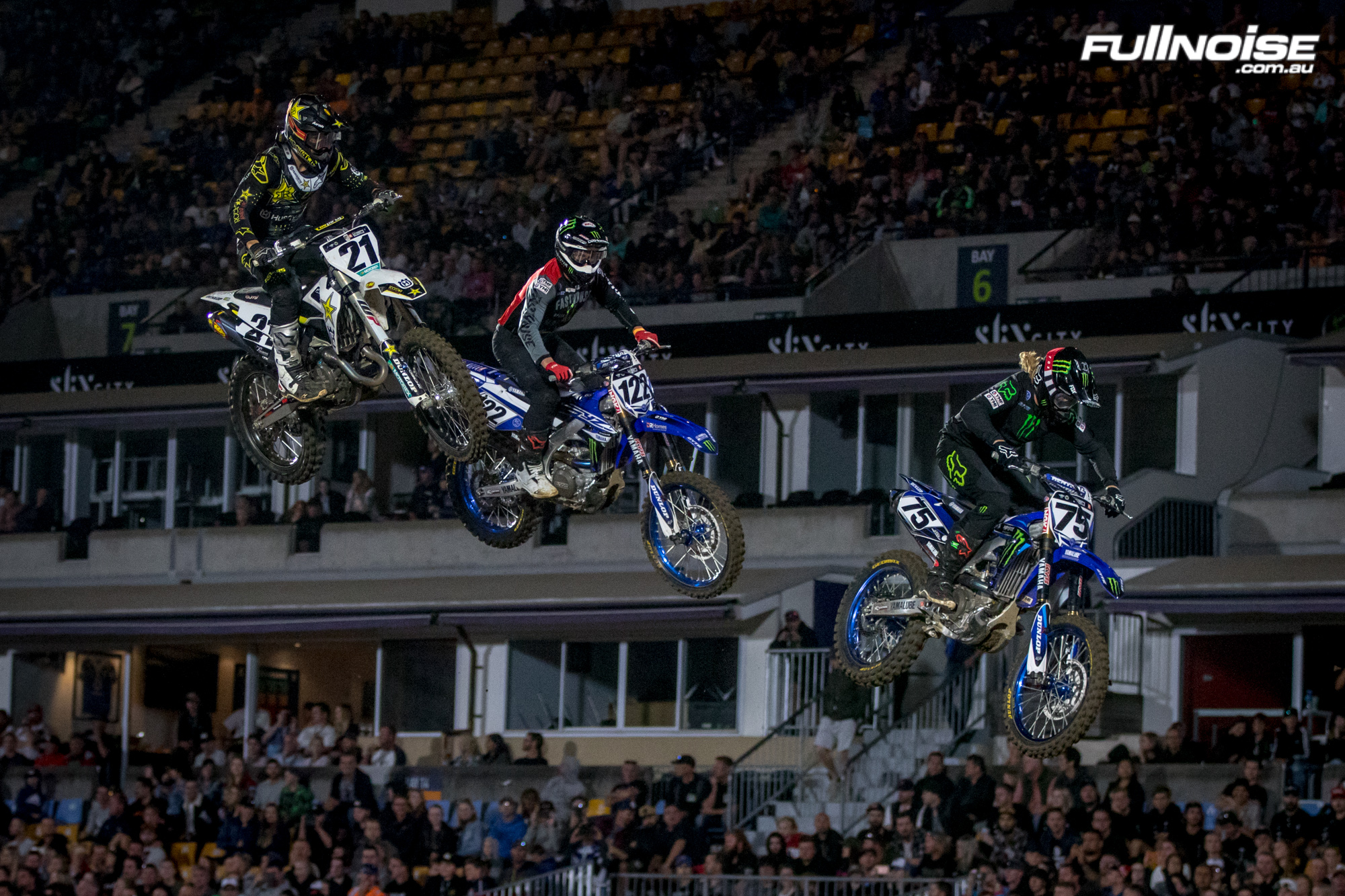 Josh HIll was happy with his result in Auckland and will look for even more at the final round with his CDR team - Credit: Aaryn MInerds
Josh Hill continues with his guest rider with the CDR Yamaha Monster Energy Team and again showed he has skills on a supercross track. Hill finished with 7-3-7 results to claim sixth on the night and be extremely popular with the fans both on and off the track.

Hill was always near the front of the pack and but believes just some good old fashion race hardened conditioning kept him from finishing higher up the order.

‰ÛÏI thought my speed was good tonight but with the three race, back to back sprint format, it just took it out of me,‰Û