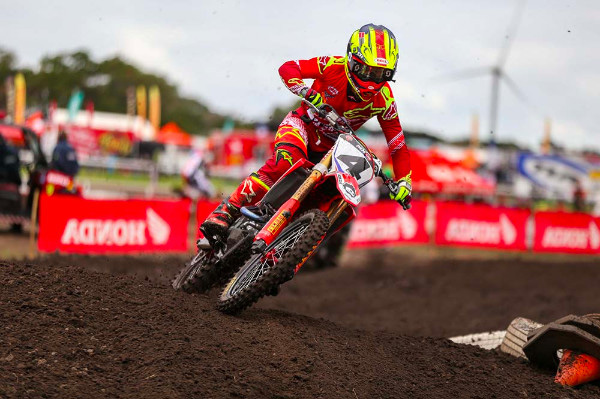 New South Welshman and Appin local Luke Clout is one rider who will be heading to the second round of the Motul MX Nationals this coming weekend with plenty of new-found confidence.

After a top five finish on debut in the Thor MX1 class only two weeks ago, and being somewhat of an Appin Motocross Track regular, Clout has high expectations for when the series heads heads to south New South Wales for it‰Ûªs second outing on Sunday.

Clout, who has signed with the Crankt Protein Honda Racing Team for the 2017 race season, shared that he met his expectations at round one three weeks ago, and that this weekend he‰Ûªll be looking to achieve more of his goals set out for 2017.

‰ÛÏHonestly I was hoping for a top five at round one, that was the goal of mine, but I didn't really know what to expect jumping in with the top guys. I'm pumped I've already kicked a goal and can't wait to keep progressing,‰Û