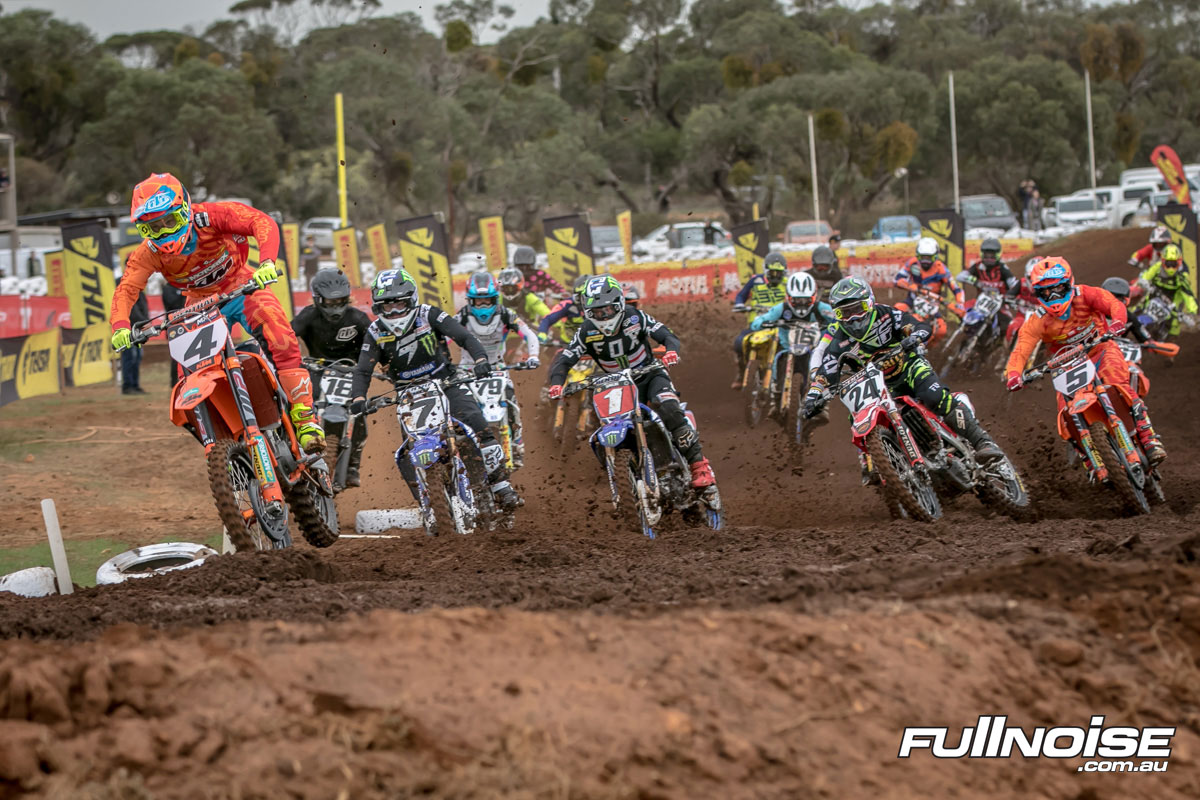 Luke Clout (4) took a stunning holeshot in the opening moto fending off a hard charging pack for over half the moto. Photo: Aaryn Minerds.
KTM Motocross Racing Team's Luke Clout came out firing at the fifth round of the 2018 MX Nationals in South Australia this leading the majority of the opening moto before ending the day 4th overall.

After kicking of the round with a strong third in Superpole, Clout blazed into the lead with a stunning holeshot as the opening moto got underway and led the majority of the race before championship leader Dean Ferris made his way past in the final stages. Clout held onto second to finish a few tenths ahead of team-mate Kirk Gibbs.

It was an unfortunate start for Clout, when he went down in turn one, although that didn‰Ûªt dampen his spirits as he pushed on for seventh, giving him fourth overall for the round and just one point shy of the podium.

‰ÛÏIt was a good day for me, I got third in Super Pole and I finally pulled a hole-shot in race one and rode my own race from there," Clout said. "I led my share of the race from the front, but unfortunately I let that one slip away toward the end. It‰Ûªs good to be leading laps though, I‰Ûªll take a lot from that and learn from the experience. The second race I put it down on the start and had to work my way back up the order, so it was an up and down day. I was fourth for the round and I‰Ûªm fourth in the championship, so I can‰Ûªt complain and now we will keep working hard to prepare for the coming rounds.‰Û 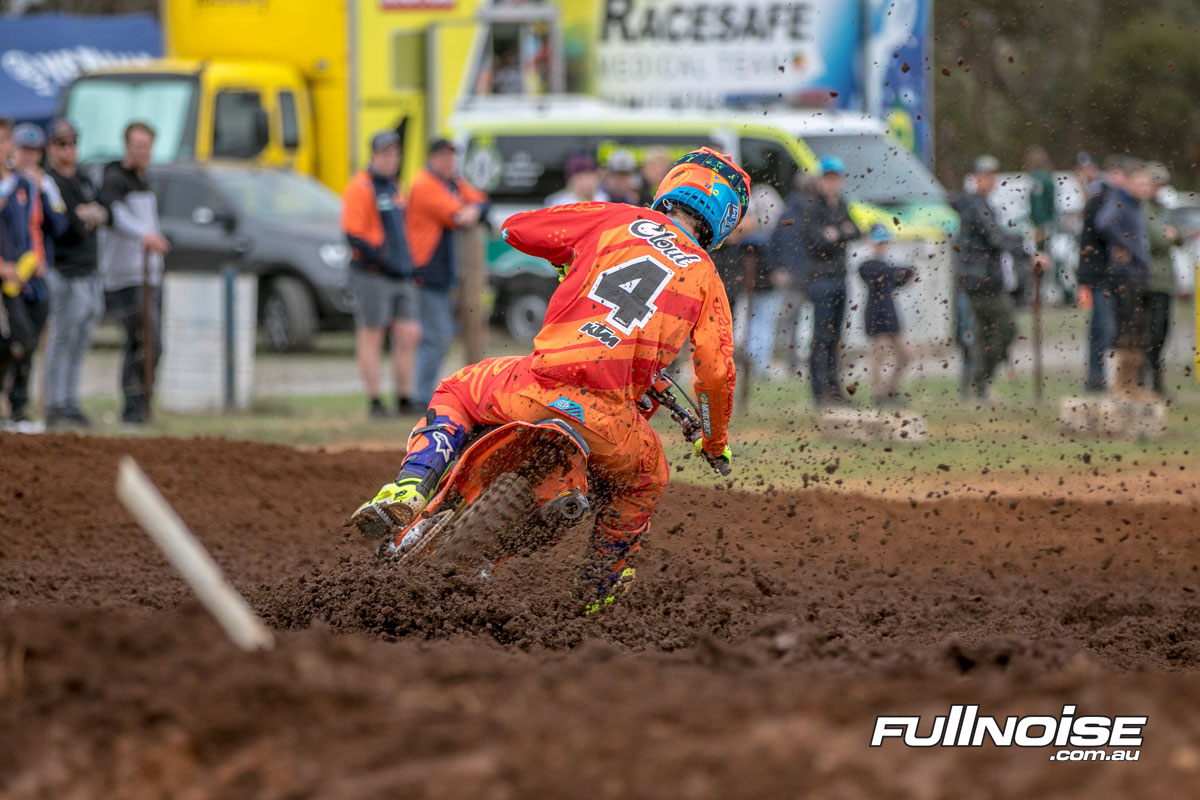