Clement Desalle on the road to recovery from broken C6 vertebra 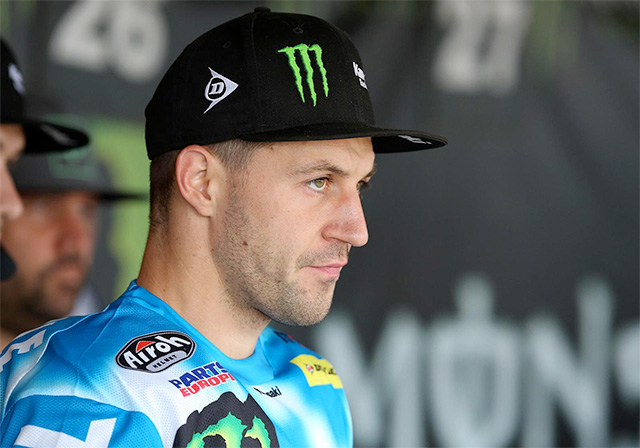 Clement Desalle is currently recovering at home from his crash during the opening moto of the penultimate round of the FIM MXGP Motocross World Championship at Assen in the Netherlands last weekend.

Until last weekend the 2017 season had been a good one for Clement Desalle and the Monster Energy Kawasaki Racing Team as they were in contention for a top three finish in the FIM MXGP World Championship.

Winners of two GPs this season Clement and the team were confident before Assen as the Belgian rider had enjoyed his first GP win with Kawasaki at this track one year ago. But the season ended for Clement with a crash during the first heat, when he landed heavily from one of the biggest jumps of the artificial track built in front of the main grandstand at the famous road race facility.

After several examinations, first at the track and later in Belgium, it has been confirmed that Clement suffered a broken C6 vertebra without displacement; he will need to rest for several weeks to recover but according to the medical experts he will not have any more disturbance from this injury once he has recovered. 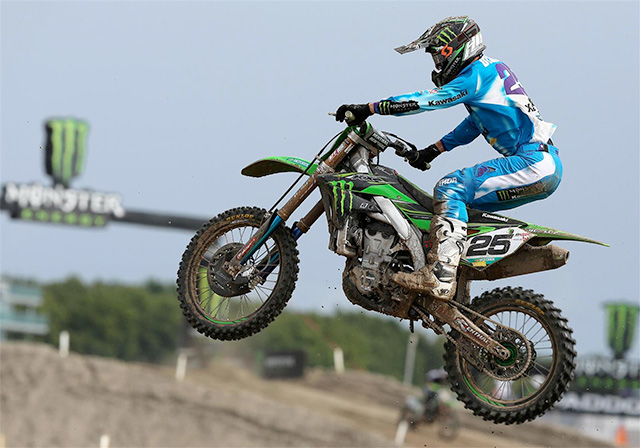 Desalle in action through the year
"I‰Ûªm disappointed as I can‰Ûªt finish the championship and fight for the top three in the series, but I‰Ûªm also glad as my doctor confirmed to me that I will have no further trouble with my vertebrae in the future," Desalle said.

"We had a good season with the team as I won two GPs and got some other podiums but the goal was of course to do the entire series; there‰Ûªs a great atmosphere in the team, we know each other really well and we have reached a high level as we are the leading Japanese brand in the championship. Concerning my injury I feel pretty lucky as it was a big crash; the sand was wet and heavy due to the rain and just before one of the biggest jumps I came in a softer part of the track and lost my balance.

"I went over the bars and hit the ground pretty hard; I had feeling in all my limbs and could move them, but I had a lot of pain in my back. Now I have to rest for a few weeks, which is not easy as I‰Ûªm used to being very active, but there‰Ûªs nothing else I can do except accept the situation," the Frenchman concluded.