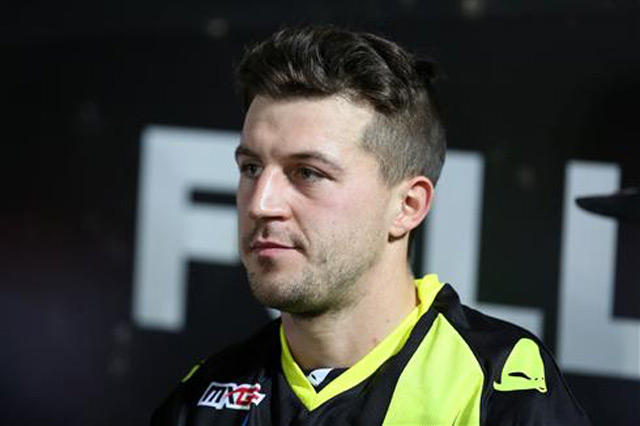 Clement Desalle will join Jordi Tixier in the Monster Energy Kawasaki Racing Team on the brand new KX450F-SR Kawasaki for the next two years. Both riders will soon start testing with the team.

Clement has been one of the main protagonists in the MXGP World Championship for the last seven years, and with nineteen GP wins and five series medals he is one of the most sought-after riders in the paddock.

Having shared a good relationship with several members of the KRT staff in the past, Clement has been in close contact for several years and has finally decided to join the team for the next two seasons.

Still recovering from a shoulder injury that sidelined him after he had claimed seven GP podiums during his eight appearances and held the red plate for three rounds, Clement will be able to start testing the bike in a few weeks.

‰ÛÏI have been in touch with Thierry (team owner) and FranÌ¤ois (team manager), who was my mechanic in 2009, for several years now and finally they convinced me to join them for the next two seasons." Desalle commented. "It was a great feeling to see that they wanted to work with me so much, and that was important for me when it was time to make my decision.

"I have spent great years with my previous team, but I think that it was the right moment to change colours, bike and environment. It‰Ûªs never easy to change, but I‰Ûªm very happy with my decision and I‰Ûªm impatient to start testing the new Kawasaki.

"At the moment I‰Ûªm still recovering from my shoulder injury; after Lommel I took the decision to undergo surgery to repair it, and two weeks ago I got permission from my doctor to start working with my physiotherapist.

"Everything is going well so far, and at the end of this month I will have a further check-up to know if I can start riding a bike.‰Û