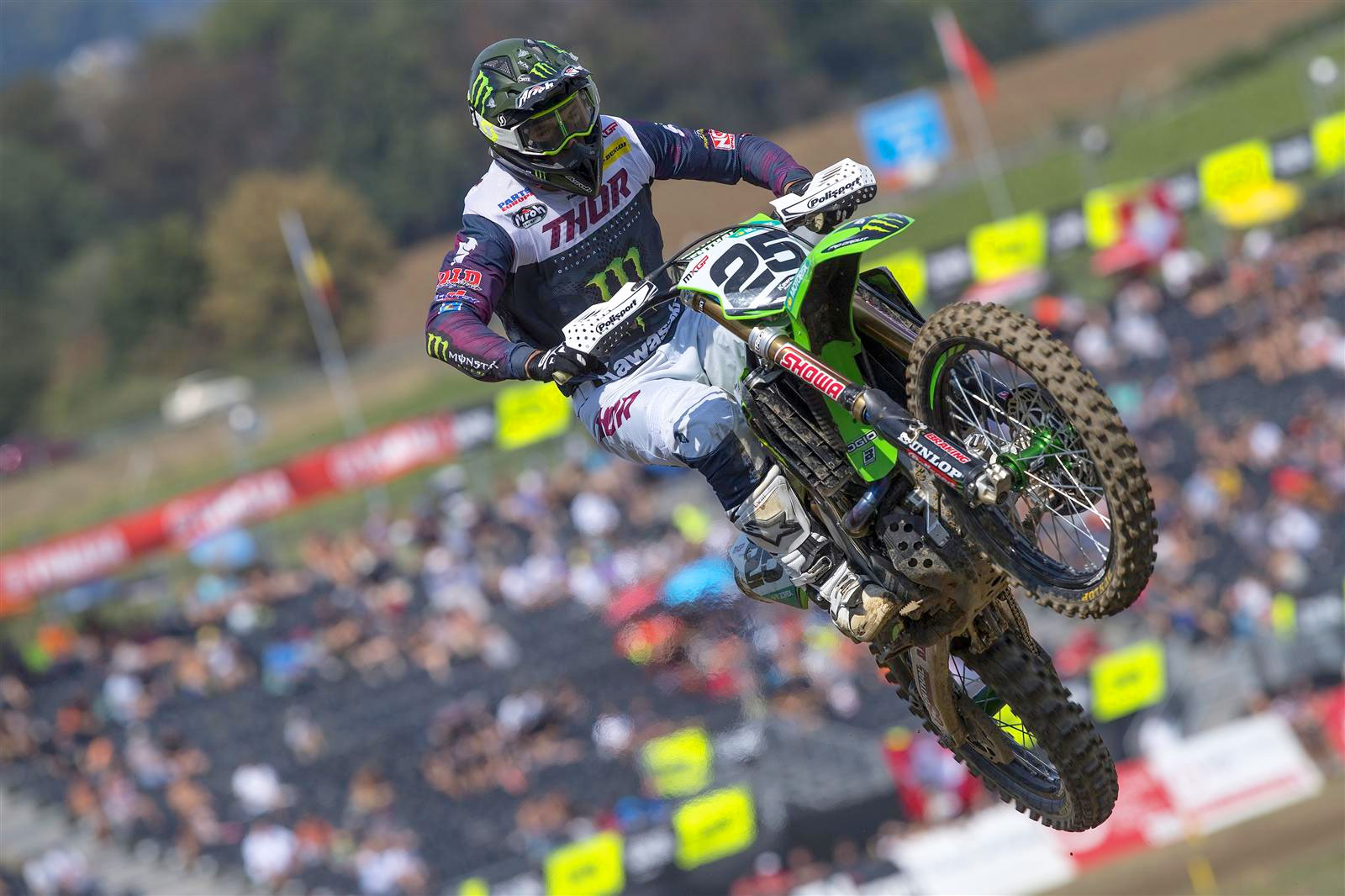 Clement Desalle now holds a 33 point lead over Romain Febvre in fourth place in the MXGP standings.
Clement Desalle has strengthend his grip on third place in the 2018 FIM Motocross World Championship with his sixth podium finish of the season at the MXGP of Switzerland.

The Belgian was in great form round the grassland track on the outskirts of Frauenfeld, just a few kilometres from the German border and Lake Constance to take the lead on the opening lap of racing in each moto.

He soon had to make way for championship leader Jeffrey Herlings, the Dutchman who has dominated the 2018 season, but he maintained the pressure to the end of the thirty-five minute race to finish less than five seconds after the winner and nearly twenty seconds ahead of the rider in third place. 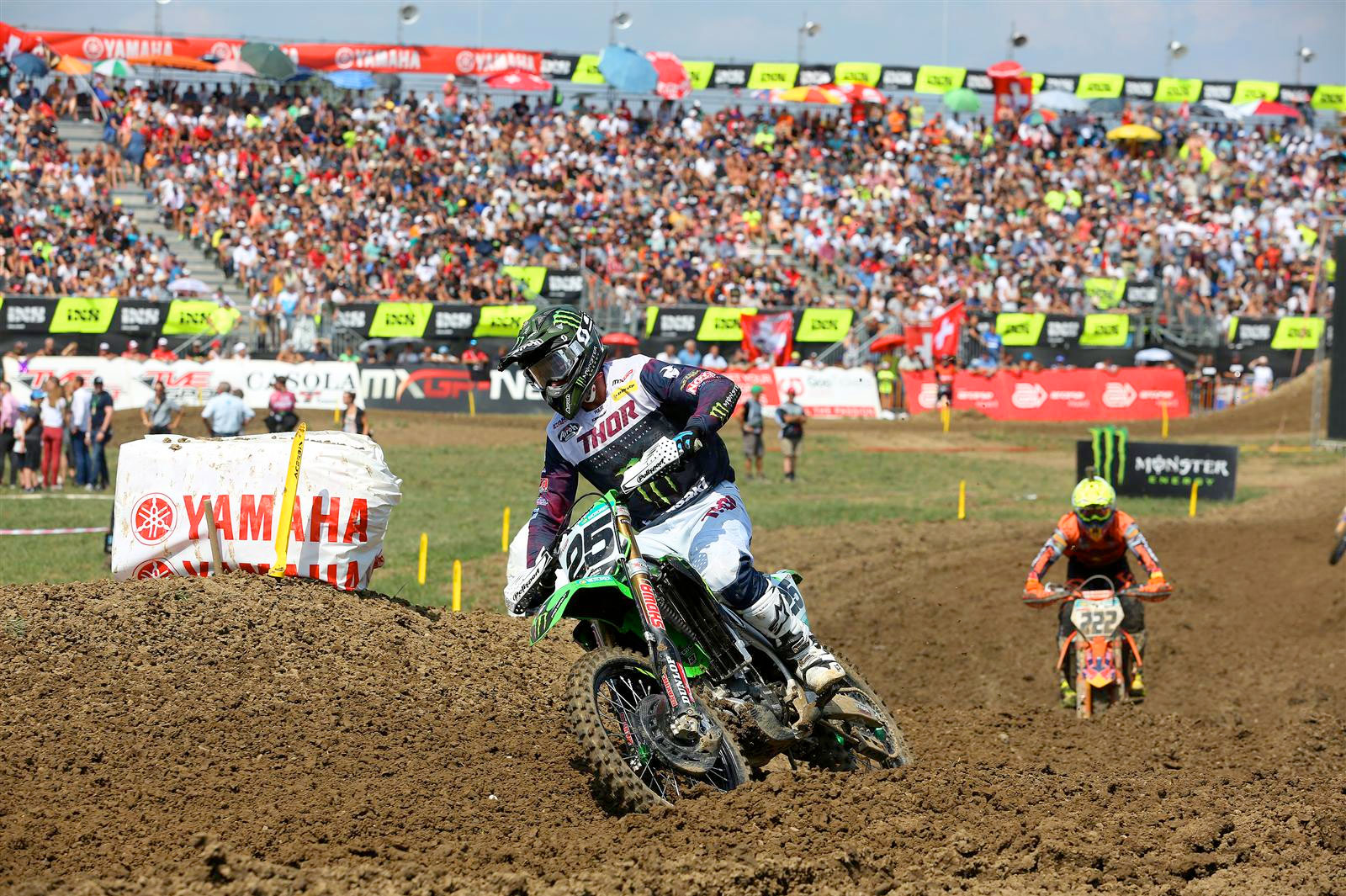 Desalle leads defending champion Tony Cairoli.
The second race went even better initially as Desalle kept Herlings at bay for five laps before Yamaha's Romain Febvre mounted a surprise charge and was followed through quickly by HRC's Tim Gajser. Losing his rhythm for several laps Clement slipped to fourth before rebuilding his rhythm to secure his overall podium with third place.

"It was a really good weekend; I got three good starts and rode consistent in both GP motos," the 29-year-old said. "In the first race I got a good start and after Jeffrey (Herlings) passed me I rode my own race to finish a close second. In the second moto I had a good speed and led the race for a couple of laps.

"I was thinking about a possible win but then I made a few mistakes and was passed by Jeffrey and Romain (Febvre). I'm not so happy with the second part of my race as Tim (Gajser) also passed me, but fourth was enough to secure my sixth podium of the year. Anyway the weekend was positive and my thanks to the team who are so close behind me and work so hard for us." 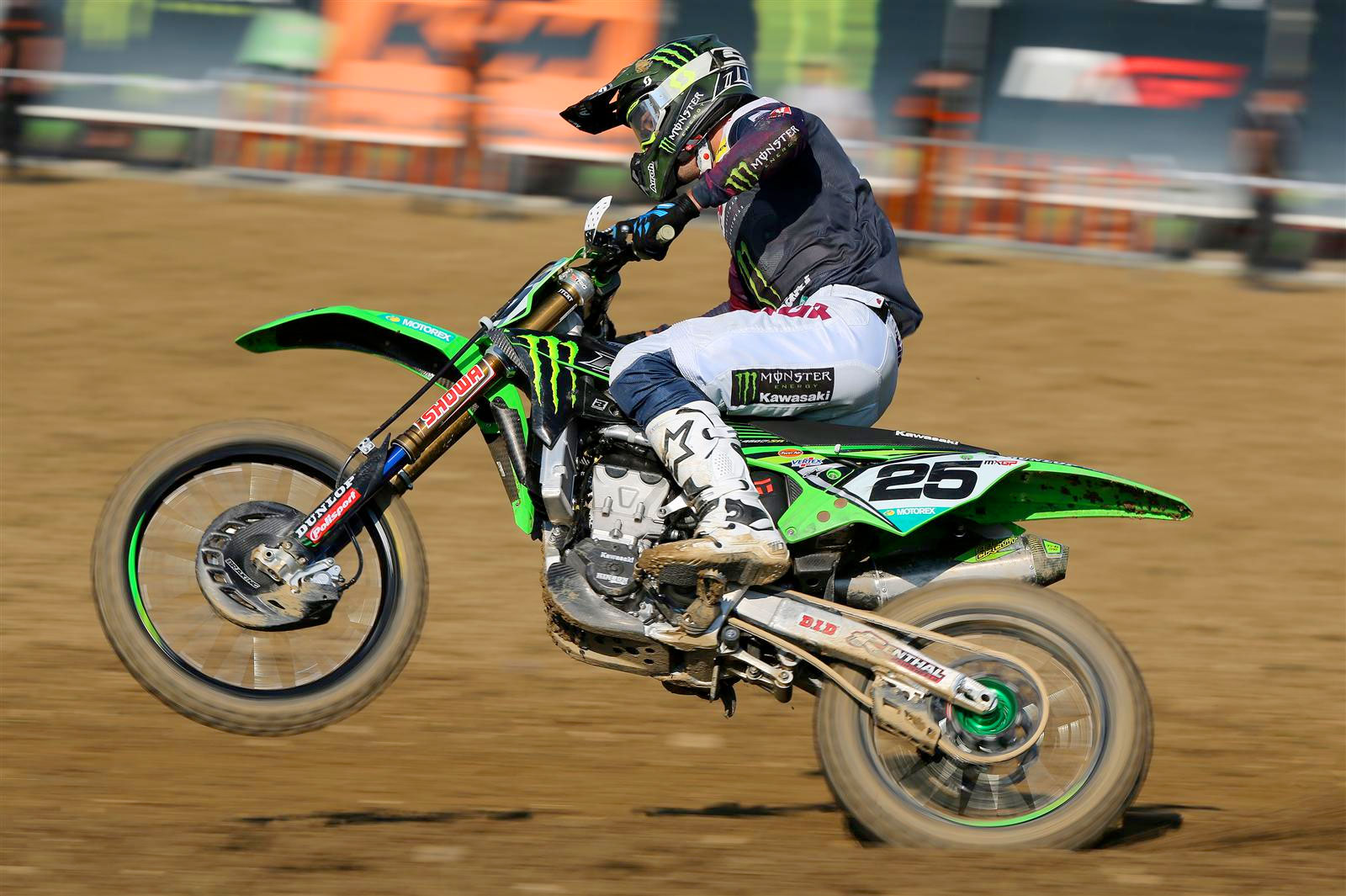 A 2-4 results gave Desalle third overall for the round.
Desalle has extended his advantage over the closest chaser for third place in the championship standings to thirty-three points with four GPs remaining to the end of the season. 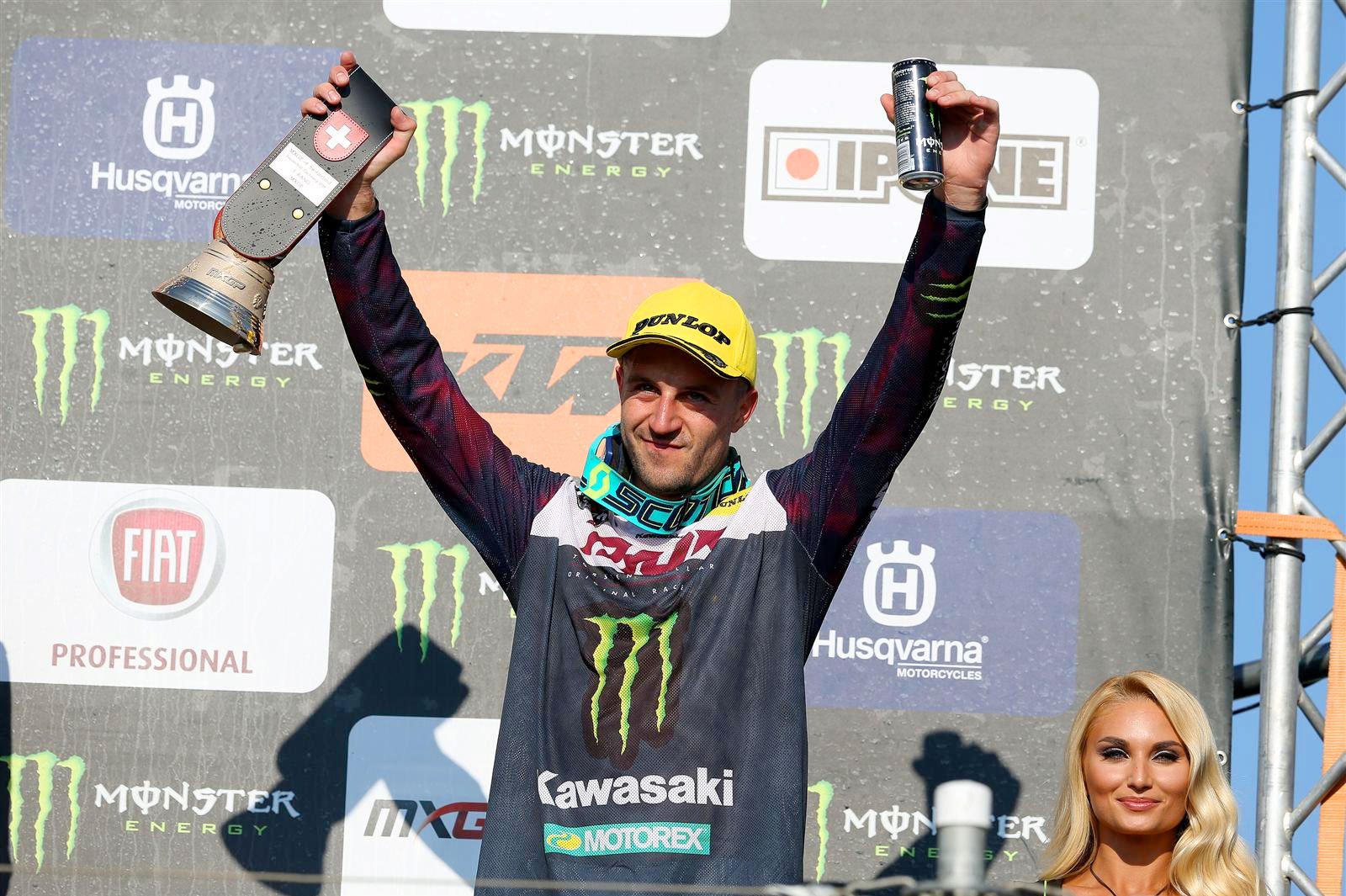 Clement Desalle on the podium