Clean Crawford Focusing On The Positives 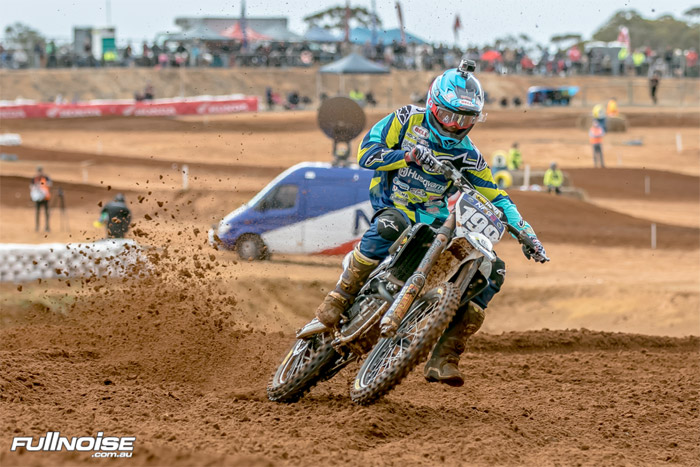 Husqvarna factory supported racer, Nathan Crawford has revealed that he was tested for performance enhancing drugs during this years MX Nationals championship via his facebook page this evening.

Crawford a front runner in the MX2 class where he currently sits tied for the championship lead heading into the final two rounds of the series has confirmed that he returned a negative test result.

"I would like to announce that I have been contacted by ASADA today." Crawford posted. :They have advised me that the samples taken from me as part of their routine drug testing regime were negative.

"AS I ALWAYS KNEW WOULD BE THE CASE," he added in capitals in reinforce his point.

"I have never used and will not use performance enhancing drugs. I intend to get on with my career with the passion and enthusiasm I have always displayed, and that you know me for.

"Thank you for your continuing support."

Crawford will now focus on this weekends penultimate round of the national motocross championship in Toowoomba before the series heads to Coolum the following weekend.