Cianciarulo breaks through for first podium of the season 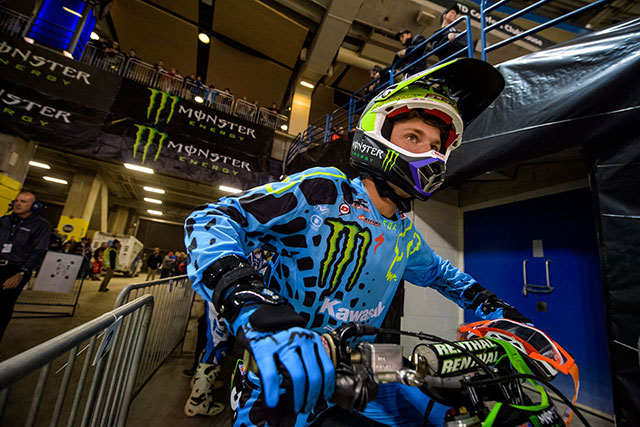 Monster Energy Pro Circuit Kawasaki‰Ûªs Adam Cianciarulo raced to the podium for the first time this season, giving him the needed confidence boost as the series took over the Rogers Centre in Canada.

His efforts helped propel him to a tie for third in the championship standings.

Cianciarulo returned to the site of his 2014 season-ending crash looking to not only overcome his past, but have his best night of the season. After finishing second in his heat race, Cianciarulo worked hard to get a good start and was aggressive in the opening lap to start in fourth. He minimized his mistakes, which kept him close to the front-runners. When the 15 minutes plus one lap was complete, Cianciarulo finished the night as the runner-up.

‰ÛÏI‰Ûªve definitely been through a lot to get back here [on the podium],‰Û 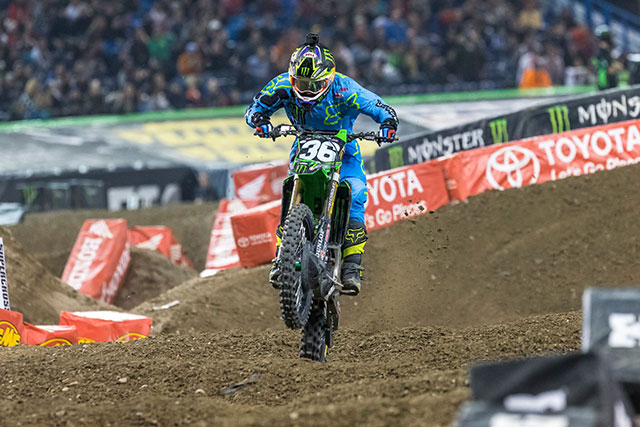 Adam Cianciarulo at Toronto. Credit: Simon Cudby
Cianciarulo's Joey Savatgy was in podium position, but he went down late in the race and that pushed him down the charts to sixth.

Savatgy took the holeshot and raced back and forth for the lead. He settled into second around Lap 7, but with just a few laps remaining, Savatgy miscalculated a rhythm section and went down. He quickly remounted and was able to still come across the finish in sixth.

‰ÛÏThe biggest thing I need to do is to minimize mistakes,‰Û 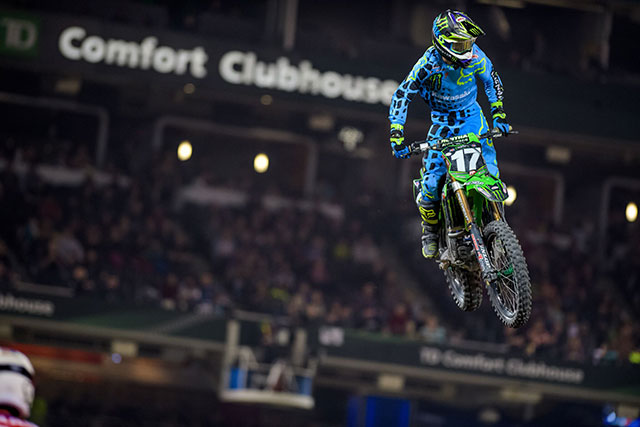