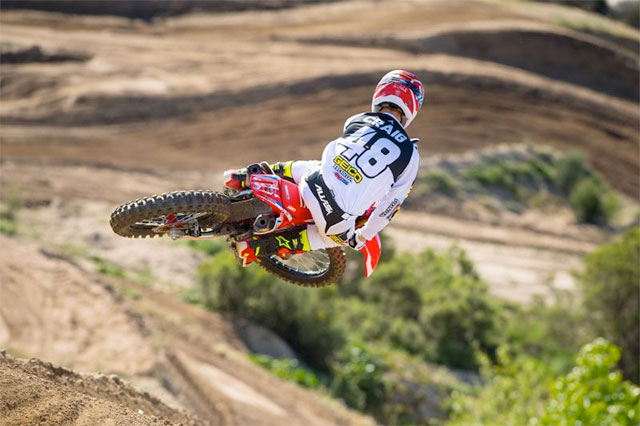 The substitution is for one race only, as Craig will rejoin GEICO Honda to finish out the 250SX East series, in which he currently sits sixth in points. However, the Salt Lake City race serves as an opportunity for Craig to get a head start on preparing for the AMA Pro Motocross series, the entirety of which the Californian will spend with the factory squad. A final decision has yet to be made on participation at Salt Lake City by Cole Seely, who pulled out of the last round with a groin injury.

‰ÛÏI‰Ûªm really excited to debut on the Honda CRF450R this weekend in Salt Lake,‰Û