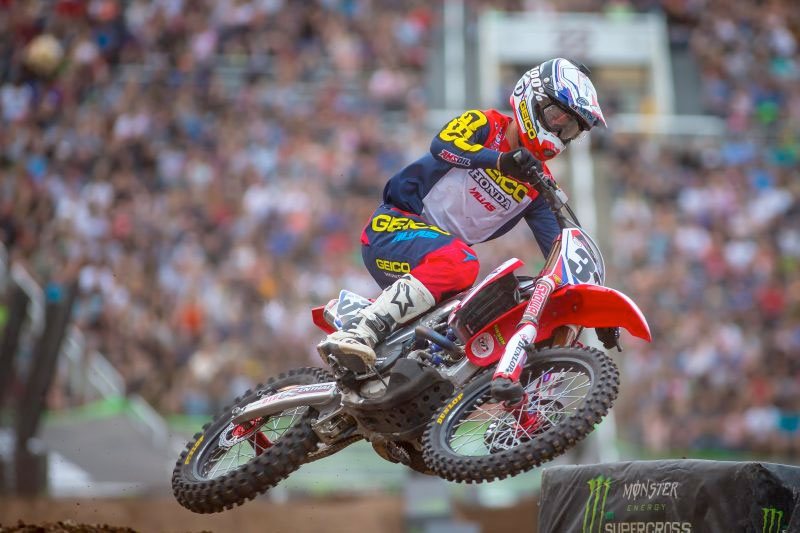 After qualifying fourth through his heat race, in the main event the Californian completed lap one of twenty six in third place and stayed there until slipping a position on lap fourteen. After briefly recapturing third two laps later when Eli Tomac fell, Craig was overtaken again with eight laps remaining. His fourth-place result matched his best in the 450SX division, posted in Daytona Beach, Florida, in March. 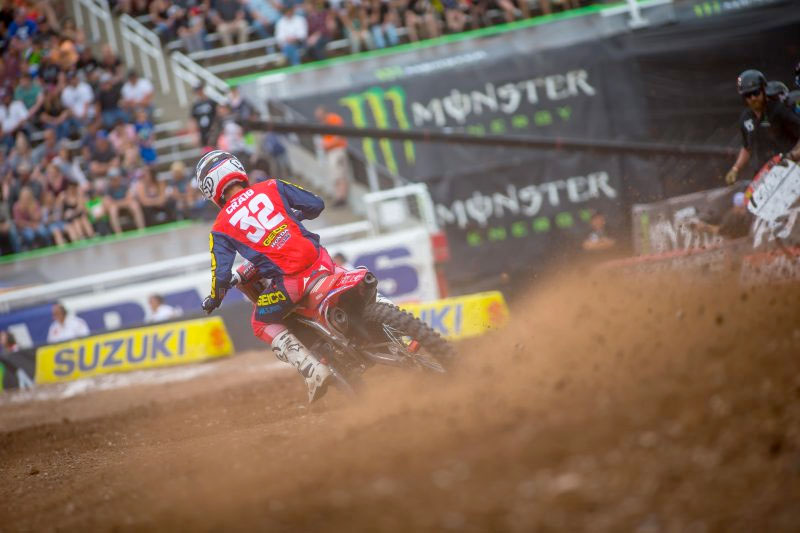 Christian Craig
‰ÛÏI made some mistakes in practice and had to regroup in order to go out there and do a good heat," Craig explained. "In the main I thought, ‰Û÷I‰Ûªm just going to try to get a good start and stay up there with those guys,‰Ûª which is exactly what I did.

"I latched onto the top two and put in my laps. It was a long main, especially on this track. I stayed with [Blake] Baggett for as long as I could. Eli [Tomac] was just on a mission. He passed me but fell, and I thought I might get a podium if he stayed down long enough. He got by me again, but it was a fun race. I‰Ûªve had some bad races since Daytona, and you begin to wonder if the Daytona ride was a fluke. It feels good to back up that fourth place.‰Û 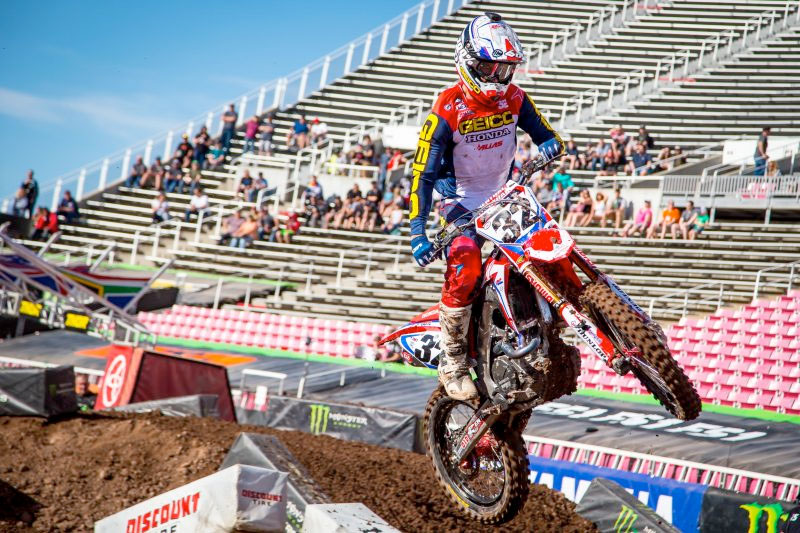