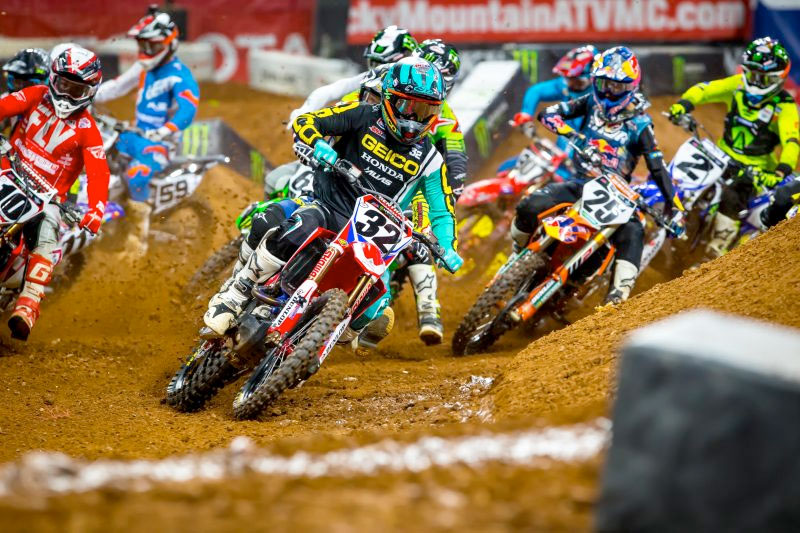 Craig grabbed the holeshot and held the lead for most of the race before falling back to 6th in the closing laps.
With injuries having put Team Honda HRC riders Cole Seely and Ken Roczen out for the remainder of the AMA Supercross series, GEICO Honda racer Christian Craig filled in aboard a factory CRF450R as the squad‰Ûªs sole rider for round nine in Atlanta.

It was an outstanding night for Craig, as he notched his career-best 450SX result with a fifth-overall score via an impressive 6-7-5 race tally.

Hitting the track for qualifying, with a special butt patch reading "#14" to show his support for the injured friend and training partner Cole Seely, Craig struggled to get comfortable with the Georgia clay, posting the ninth-fastest time of 53.238‰Û 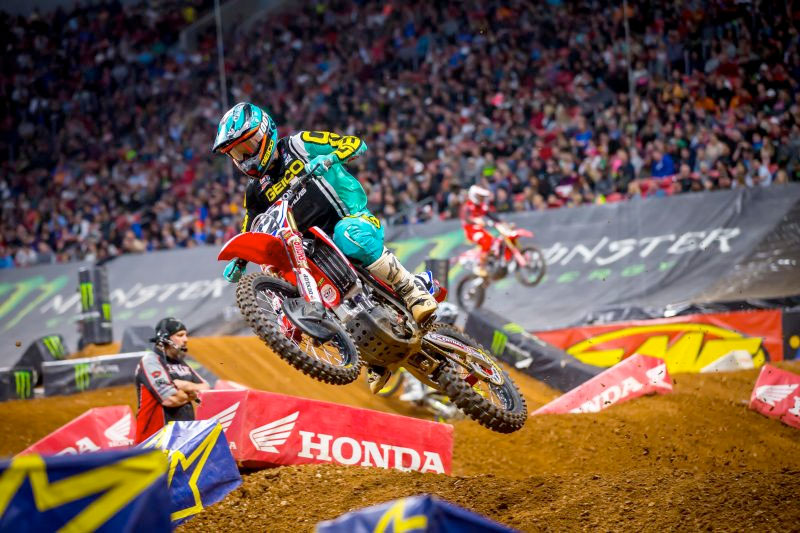 It was an outstanding night for Craig, as he notched his career-best 450SX result with a fifth-overall score via an impressive 6-7-5 race tally
Team Manager, Erik Kehoe, added, "Christian definitely exceeded everyone‰Ûªs expectations tonight. Everyone knows he‰Ûªs a very talented rider, but he just hasn‰Ûªt had much time on the 450. I think for the couple of days that he did get testing this week, he did an awesome job. He got two holeshots and ran up front for a long time in both races. We‰Ûªll keep improving the bike this week and go into Daytona even stronger."

While the factory-backed HRC team is in the wars satellite Honda rider Justin Brayton scored an impressive win in race one and then followed that with sixth-place results in the second and third races for fourth overall.

‰ÛÏI had my wife and two kids here, and this is the only race they‰Ûªre coming to all year, so that was extra-special,‰Û 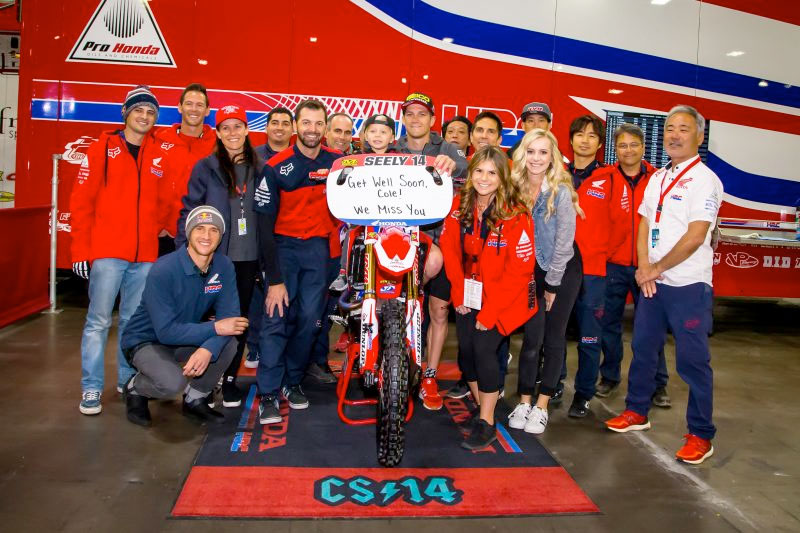 On Saturday morning, Team Honda HRC got together for a group photo in front of Cole Seely‰Ûªs bike in order to send him a message of support.