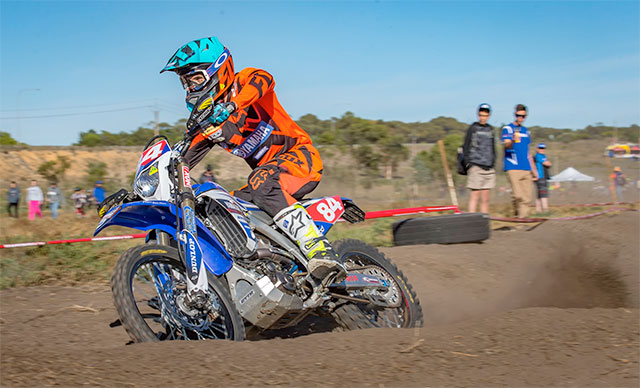 CDR Yamaha‰Ûªs Chris Hollis hit his stride at rounds five and six of the Australian Off Road Championship, held in South Australia, where he claimed a round win and a podium position, to surge into championship contention as the series reached the half way point.

Tom McCormack also made gains in his form and began to show the speeds he is capable of to hit the class podium for the first time this year in a good confidence booster for the talented rider.

Measured by his lofty standards, Chris Hollis has made a slow start to the year but with each round he has continued to make progress in his racing and round five at Murray Bridge saw the New South Welshman hit his straps and take a convincing round win, both in Outright and E2 class honour.

Hollis, who had been building at each round hit the ground running, winning five of the seven special tests conducted to take an emphatic victory for the round. The only spoiler came when he fell awkwardly late in the day. 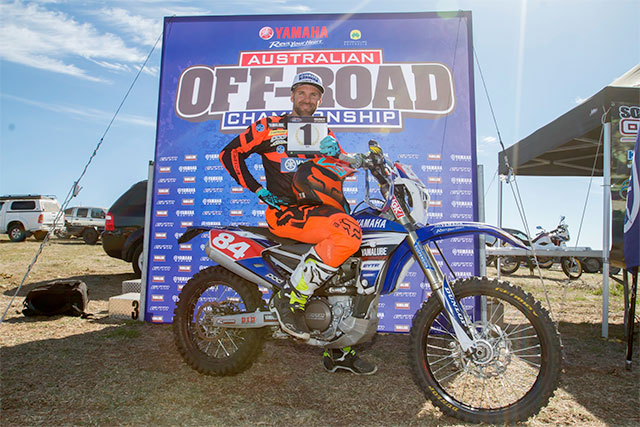 Chris Hollis celebrates his win on Saturday at round five
Sunday again saw Hollis in good form but the fall had taken some wind from his sails and he wasn‰Ûªt as sharp as the previous day. He again worked hard and managed to take third for the round, second in E2, and he has leapt up the leader board to be perfectly placed with six rounds remaining. He sits third outright, 18 points from the lead, and has taken control of the points in the E2 class on his WR450F.

‰ÛÏIt was the weekend I needed to have and get myself back into this championship,‰Û 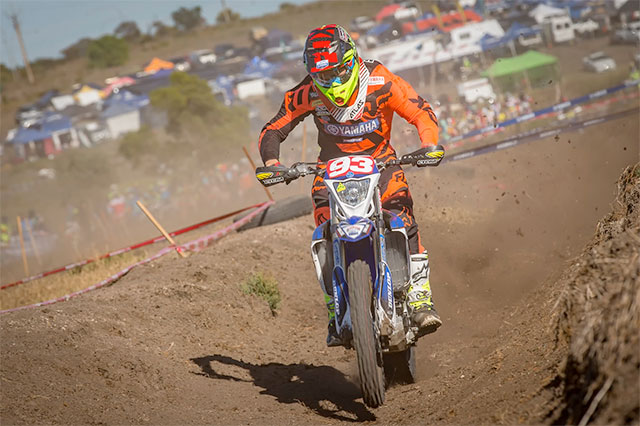 Tom McCormack made his way back to the E2 podium at round six
Tom McCormack also made his first podium appearance of the year and his very first podium in the E2 class as he took his CDR Yamaha WR450F to third at round six on Sunday. The Saturday event was a bit of a struggle for McCormack, but to his credit, he was able to turn that around and raced to an impressive third place in class and eighth outright the following day.

‰ÛÏWhile the results don‰Ûªt show it, I felt on Saturday there were some tests where I did alright and I felt pretty good on the bike so I was confident I could go better on Sunday,‰Û