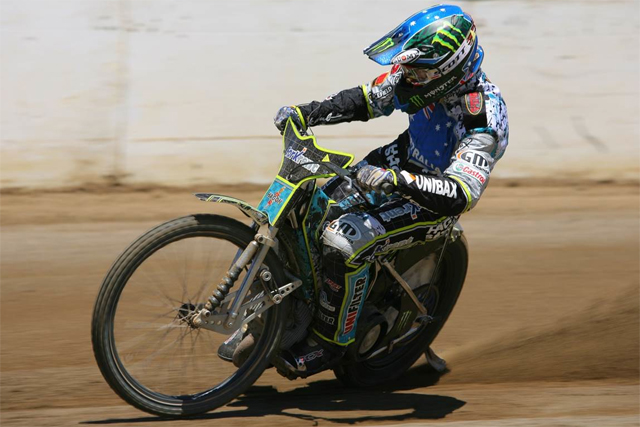 The return of speedway racing to the Gosford Showground arena next Friday night, December 27, has attracted a huge entry list of riders wanting to take on 2012 world champion Chris Holder who will make his much anticipated comeback to racing after a long layoff due to injury.

Holder suffered severe injuries in a crash during a British League match at Coventry, almost six months ago, and is only now ready for what will be his only meeting prior to next month‰Ûªs Australian Solo Championship series.

A recent shakedown run at Gosford left him with no ill-effects and Holder will head a classy line-up of talent contesting the inaugural $2,000-to-win Central Coast Harley Davidson Gold Bar meeting next Friday.

The evening program featuring the 20 heats plus two semis and a final of the Gold Bar, plus the senior sidecar action will commence at 6pm. Any hopes of easing back in to competition were dashed for Holder when riders from the three eastern seaboard states as well as one Danish rider were among the entries for the meeting.

Some of this country‰Ûªs brightest young prospects are certain to fully test out the 26 year old Holder who, ironically, will be the oldest rider in the line-up. The four finalists from the recent New South Wales Championship meeting are among those competing for the Gold Bar.

Seventeen year old Brady Kurtz became the youngest ever winner of the State title when he held off another 17 year old Jack Holder, Chris‰Ûªs younger brother, Rohan Tungate and his own brother Todd Kurtz. That State title meeting saw a few disappointments, and riders like deposed champion Sam Masters as well as Alex Davies and Mason Campton will all be out to lift in the Gosford classic.

The final seeded rider is Danish teenager Rasmus Jensen who is spending time with the Kurtz family after the two families first met at a World Junior Speedway event several years ago in Europe.

Todd Kurtz rode with Jensen in the British Premier League team Plymouth this year, while Brady Kurtz spent much of the European season based in Denmark and competing in their league competitions.

So long was the list of entries for the meeting that organisers have had to program a 12-heat qualifier which will culminate in the top four contesting a final with the winner taking the last berth available in the line-up for the Gold Bar.

These riders are mainly youngsters making their way in the sport and they are sure to turn on exciting action which will make it worthwhile to get to the Gosford Showground for the 4 pm start.

Also part of that afternoon session will be support sidecar races and the junior 250cc / 350cc riders who are on the verge of moving into senior competition.

The Gosford Showground will host further meetings on Thursday January 2 and Saturday January 25.