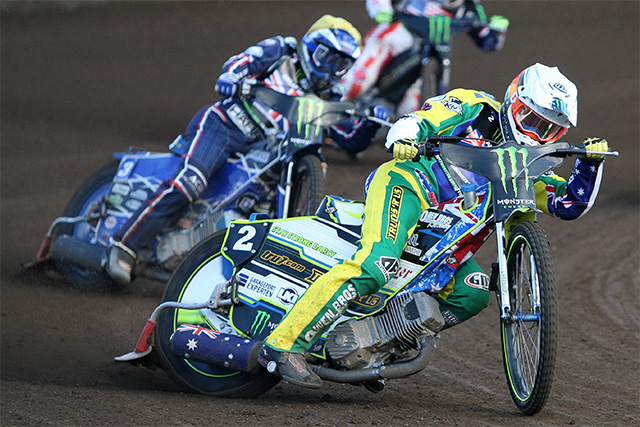 Australian skipper Chris Holder insists his side won‰Ûªt put any pressure on World Championship leader Jason Doyle to return to action ahead of the Monster Energy FIM Speedway World Cup Race Off at Leszno on Friday.

Four nations battle it out for just one more place in the Monster Energy SWC Final as Australia, Russia, USA and Latvia face off in one of world speedway‰Ûªs most fiercely fought meetings for the right to join hosts Poland, Great Britain and Sweden in Saturday‰Ûªs Final at the Alfred Smoczyk Stadium.

The Aussies had to make do with second place in Event 1 at King‰Ûªs Lynn last Saturday. They make one change to the line-up for the Race Off, with national champion Sam Masters replacing Nick Morris due to injury.

Doyle‰Ûªs rides were taken by reserve Max Fricke, but Holder hopes JD will be back to boost his side‰Ûªs chances after sitting out last Saturday to rest a broken foot. He‰Ûªll be putting no pressure on their No.1 to ride, though.

"We‰Ûªll just see how he goes and how he‰Ûªs feeling," Doyle said. "If he can do it, it would be awesome because he‰Ûªs the form guy in the world at the minute. It would be nice to have him with us. But at the same time, he has a long season to think about too.

‰ÛÏThere are plenty of options on the table, we just have to wait it out, see how it goes and if he‰Ûªs up to it, it‰Ûªs awesome. If he‰Ûªs not, everyone else is busting their backsides too.‰Û