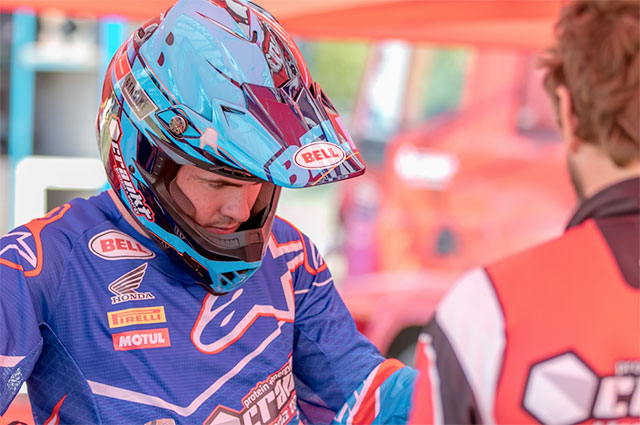 The Crankt Protein Honda Racing Team will return to a two rider line up just in time for Factory Honda‰Ûªs home round, when the fourth instalment of the 2016 Australian Supercross Championship is held at Avalon on the outskirts of Melbourne, this Saturday night.

Both SX1 riders Chris Alldredge and team regular Jay Wilson will line up with the support of the locals this weekend, and after Alldredge missed the third outing of the series due to injury, both riders will be heading into Avalon hoping to leave their mark on the 2016 championship.

Wilson, who currently sits in a consistent 8th place in the overall SX1 championship standings with two rounds remaining, says that he‰Ûªll be aiming for more holeshots, and improved results in the heat and main event this Saturday night.

‰ÛÏLast weekend at Wayville we managed to start up the front, which was the first time I‰Ûªd done that since stepping up to the SX1 class. Now that I know I can run the pace of the front guys, and lead a race, I‰Ûªll be looking to do that for 20 laps this weekend,‰Û 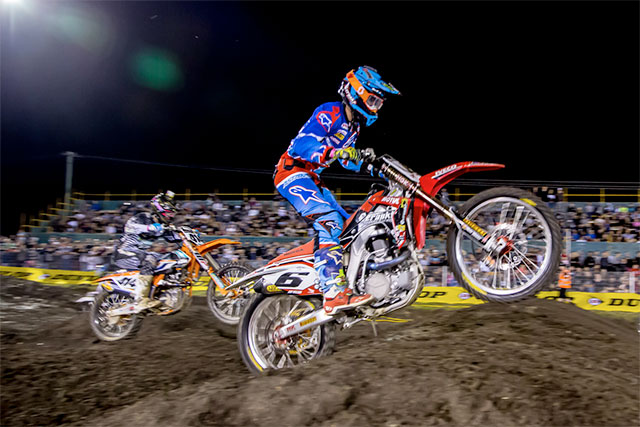 Jay Wilson. Photo: Aaryn Minerds
Chris Alldredge who suffered a shoulder injury at his first outing for the team at Toowoomba, will make his Australian Supercross comeback this Saturday, and shared that he‰Ûªs surprised at how comfortable he‰Ûªs feeling being back on the bike so soon.

‰ÛÏAfter Toowoomba, we made the call to sit out the next round and it was definitely the right decision. I‰Ûªve managed to ride this week and my shoulder is actually feeling pretty strong, so I‰Ûªm looking forward to getting out there and seeing what we can do,‰Û