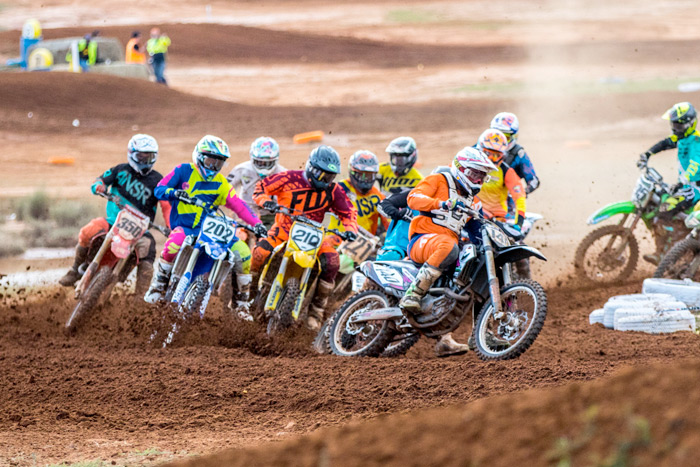 In 2016, South Australian Motocross (MX) will see some changes starting with the creation of the new SA MX Sports Management Panel.

All Motorcycling disciplines within the state are managed by an individual sports manager but with no-one stepping up to take the role on individually, a group approached the board of Motorcycling South Australia for approval to create a MX Management group to share the role of Sports Manager to assist in the growth and direction of the MX discipline.

In late 2015 a call for nominations was sent out for members to join this group.

Originally only 5 nominations were received, and the Management panel elected the following:

Nominations for the remaining positions will be released in the near future.

Nominees must be a member of a Motorcycling SA affiliated club to represent on this panel.

The panel in conjunction with Motorcycling SA said they are thrilled to be involved in the new direction of MX in South Australia, with new eyes and ideas overseeing the development of the sport.

"I am very excited to be a part of this Management Panel, I hope to be able to put in some of my experience from racing in the sport to being able to boost how it runs and operates." Chairman Shane Metcalfe commented. "It is going to be a challenge but I feel with the group of people on this panel we can make some good changes and hopefully build the profile of the MX community up to a new level moving forward."

With the 2016 South Australian Motocross Championship dates and venues set for the coming season, work has already commenced in the background to ensure the series is the best it‰Ûªs been in recent times.

With the series finishing up earlier this year it will enable our juniors to prepare for the Australian Junior National Championship which will be held at the Riverland JMCC in late September.

There is already some positive things being finalised and some announcements will be coming soon, so stay up to date by visiting www.motorcyclingsa.org.au or follow us on Facebook or Twitter.