Change to Australian Squad for TdN and Minders Announced 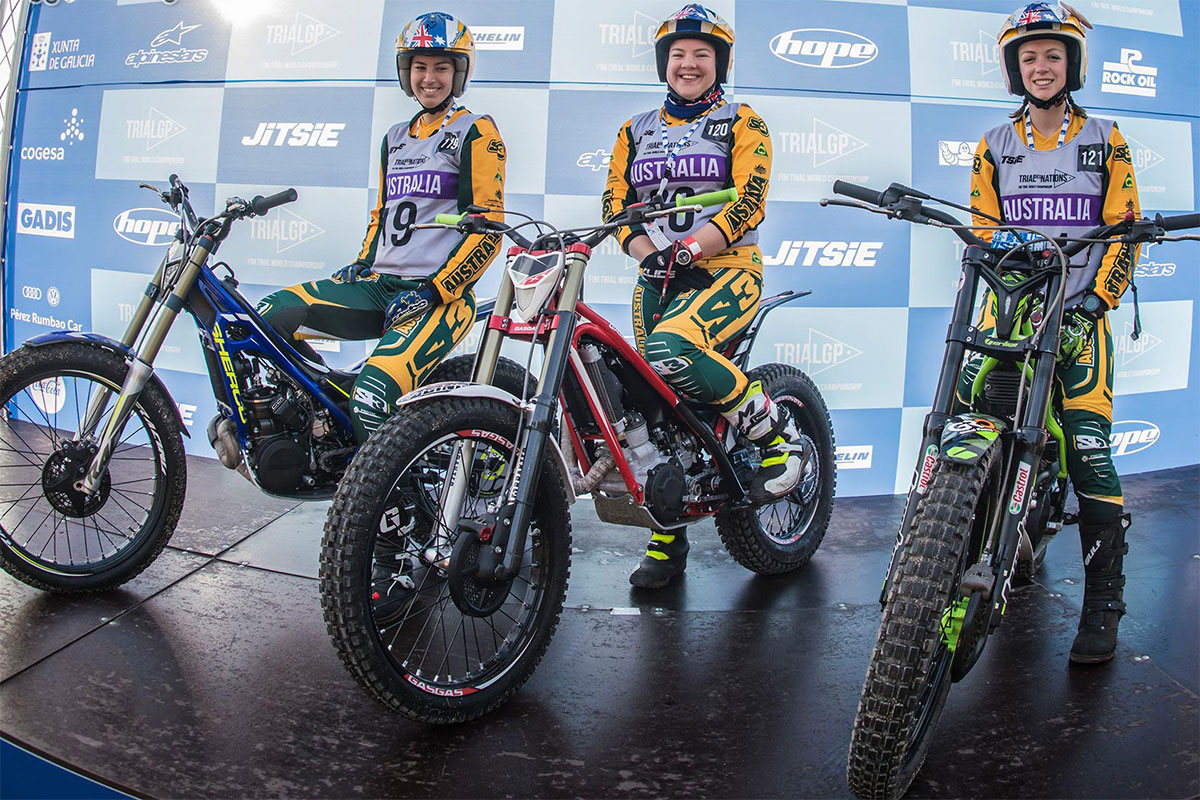 Australia‰Ûªs best trial competitors will take on the world, with up to 120 riders and over 25 countries set to converge on Sokolov for the TdN.
There has been a change to the 2018 Australian Trial des Nations (TdN) Women‰Ûªs Team with Michelle Coleman returning to the squad.

Sofie Kraft has withdrawn from the team, leaving the door open for Coleman to join the fold. Motorcycling Australia (MA) is also pleased to announce that Jacob Whittle and Sam Hull will be minders for this year‰Ûªs effort. The TdN will take place at Sokolov, Czech Republic on September 22-23.

Australia‰Ûªs best trial competitors will take on the world, with up to 120 riders and over 25 countries set to converge on Sokolov for the TdN. Women's Team addition, Coleman will join Kristie McKinnon and Jena Lupo for the Australian assault.

Coleman commented on her return to the TdN team; ‰ÛÏIt‰Ûªs been a few years since I‰Ûªve competed in the TdN, as I‰Ûªve been raising a family. I‰Ûªve always been riding but when the opportunity came up to compete again, I couldn‰Ûªt pass it up. In 2010, I was selected for the TdN team but I sustained a knee injury two days before flying out to the Czech Republic. It always felt like it was unfinished businesses to head back to the country and finish the job! When the opportunity came up, I felt like it was my calling to return.‰Û