Change is positive for Raceline Pirelli KTM ahead of Round 4 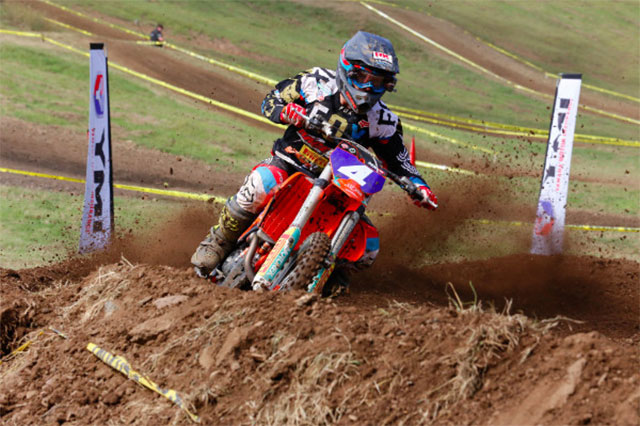 Raceline Pirelli KTM riders Morgan Fogarty and Jayden Rykers are putting in their final preparations, with the team making its way to Round 4 of the MX Nationals which takes place at Horsham this weekend.

After recording the best results of the season at Conondale two weeks ago, both Rykers and Fogarty are feeling positive and optimistic ahead of Round 4, the pair ready to fly the Raceline Pirelli KTM flag in both the MX2 and MXD classes in Victoria.

After securing the team‰Ûªs first podium for the year and the round three overall win just two weeks ago, MXD young gun Fogarty says that the last two weeks have been important in improving his program ahead of Horsham.

‰ÛÏI‰Ûªm feeling really good coming in to Horsham this weekend, I‰Ûªve been putting in the hard yards and for me I have just been riding heaps and working with the boss (Ross Beaton),‰Û