Championship Wraps Up This Weekend at Kurri Kurri 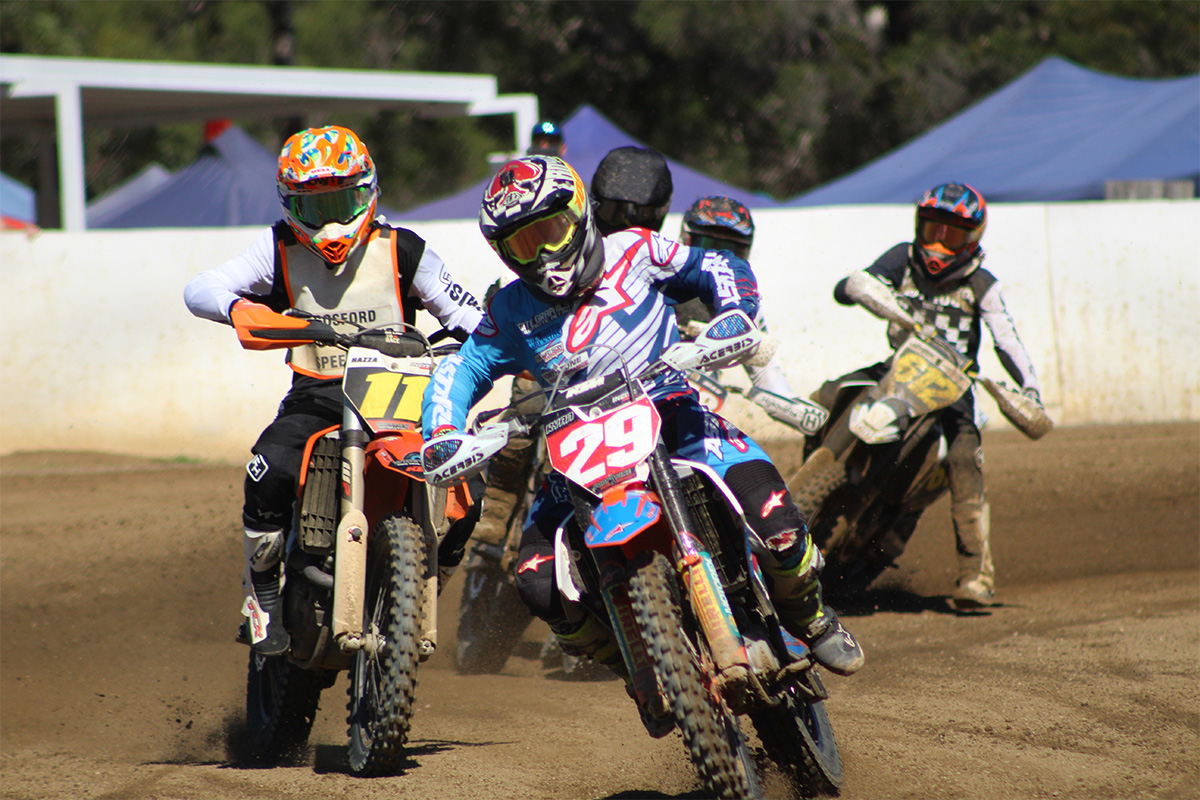 Ryan Smith setting the pace.
The chance to chase Australian Championship honours only comes around once a year in each discipline of motorcycle racing, but junior dirt track racers have had an even longer wait.

After the scheduled second day of the 2018 Australian Junior Dirt Track Championships on the June long weekend was washed out, riders will return this Sunday (August 12) to wrap up the championship.

Instead of 18 hours between the second and third rounds of competition, it will be nine weeks.

Points are already banked from those first two rounds so riders know what they must do depending on the format for the various championship classes.

Riders aged between seven and 16 will be racing with host club riders Ryan Smith, Harrison Ryan, Cameron Dunker and Max Stauffer all expected to be prominent.

The Championship meeting attracted riders travelling from as far afield as Adelaide, Melbourne and Brisbane and showcases the outstanding young talent coming through the sport.

The Kurri Kurri Junior Motorcycle Club track is at Dickson Road, Kurri Kurri with action getting underway at 10.00am.