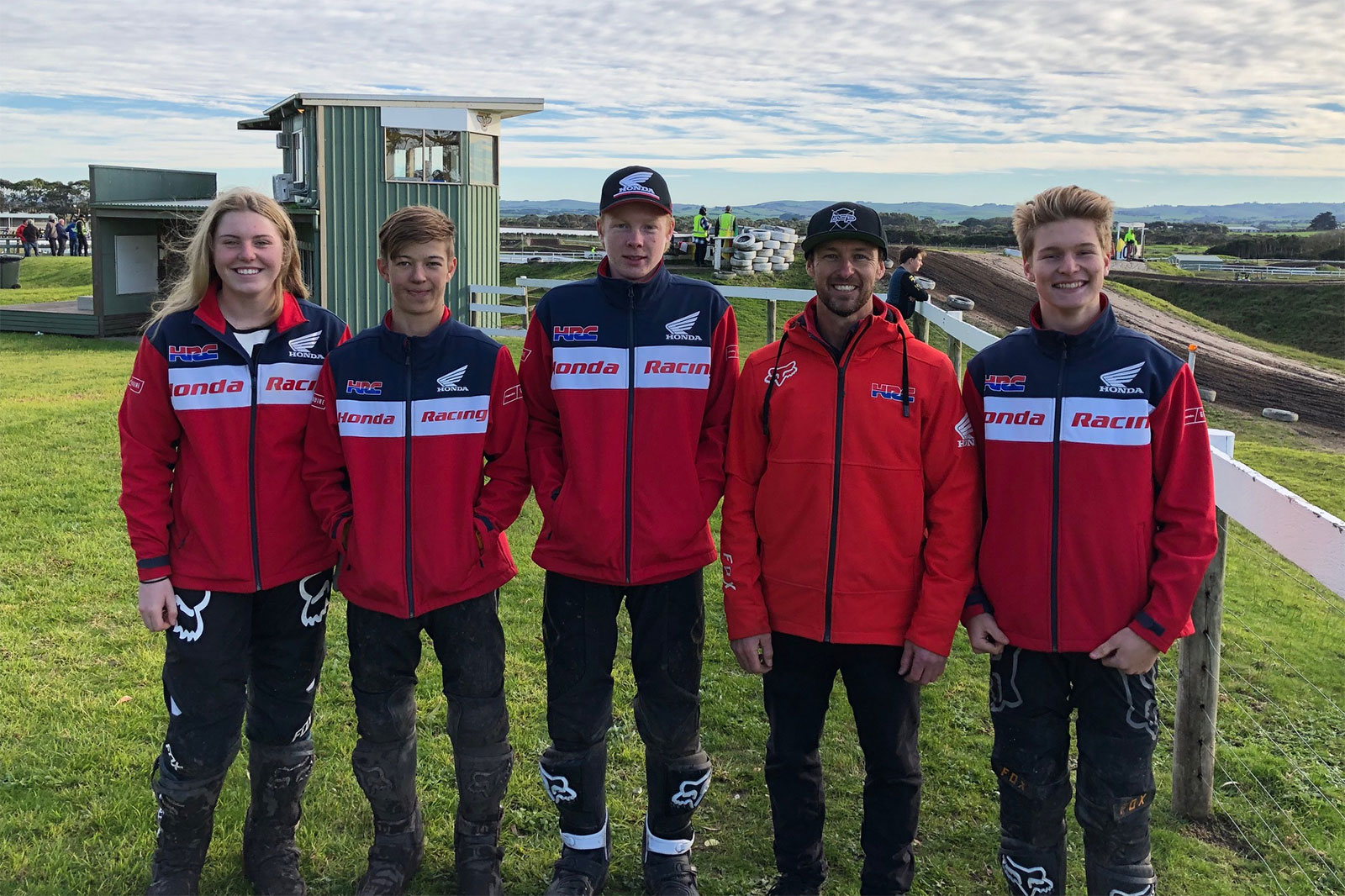 BCP Pro Circuit Honda Team from left: Madi Healey, Benny Novak, Sam Simpson, Lee Hogan (Team Manager) & Dominic Walker
The fourth and final round of the Victorian Junior MX Titles were held over the weekend at Wonthaggi in what turned out to be perfect race conditions.

The event which was originally planned to be run at the Ballarat Rovers MCC two weekends prior had been rained out and forced the rescheduled event to take place. It was a good decision to change the venue to Wonthaggi and track conditions could not have been better as championships were decided in multiple classes.

BCP Pro Circuit Honda Junior Development Team rider Benny Novak had a strong day on both the CRF250R and CRF150R.

On the smaller 150 Novak qualified fastest and went on to win the first moto by a large margin. Moto two of the 150cc class however saw Novak have a large crash on the first lap which left him to charge from last place. Eventually making his way all the way up to fifth place as the chequered flag came out. The final moto needed a win from Novak to take the overall on a points countback, with a late charge bringing the New South Welshman up to a close second place, giving him the runner up spot on the day. 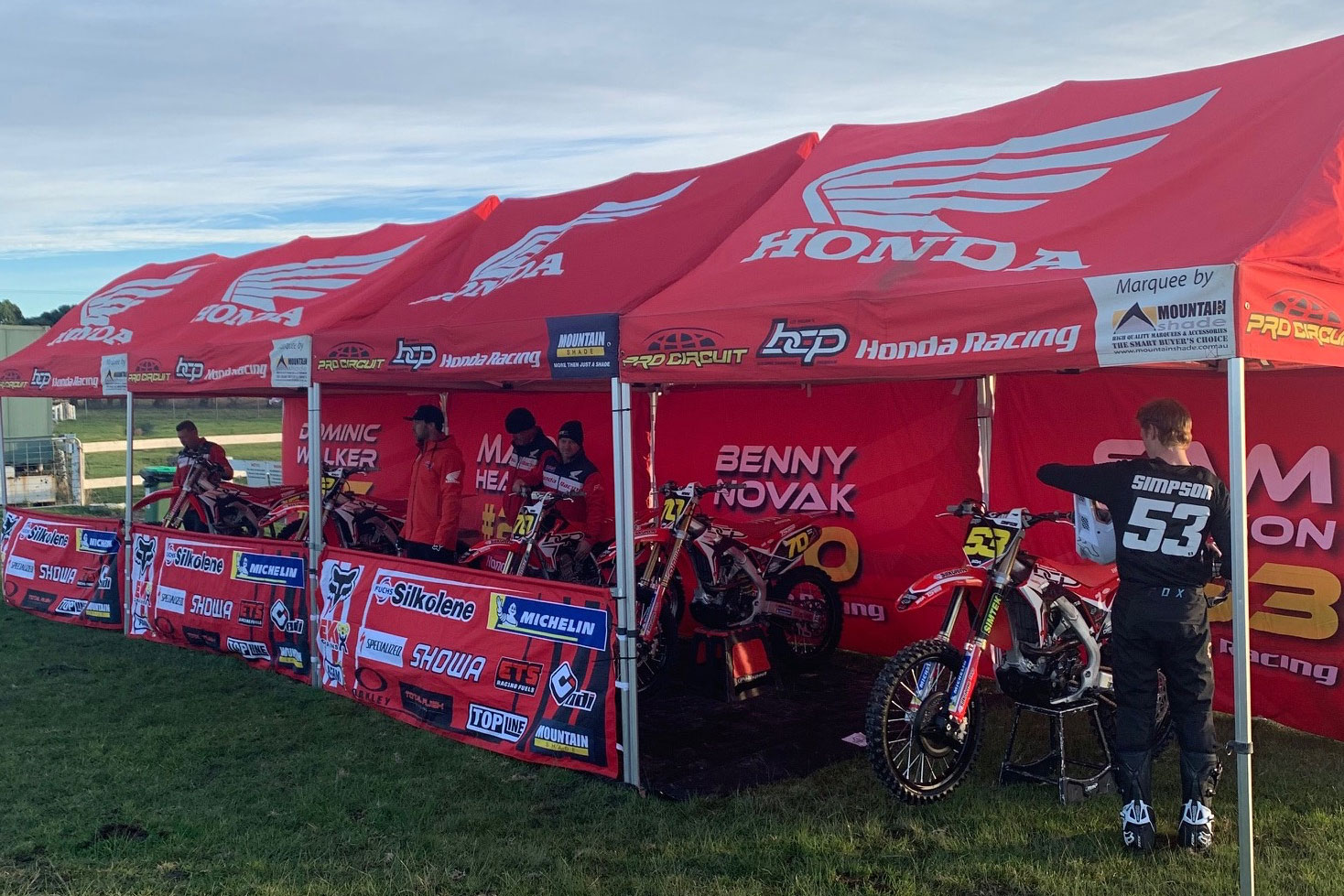 The Honda team set up has been a standout highlight of the pit area throughout the series thanks to Mountain Shade
In the 250cc A grade class Novak would finish with 3-4-4 moto scores, giving him fourth overall on the day and a solid third place in the championship for 2019.

Novak‰Ûªs team-mate Dominic Walker finished with 9-6-6 results on the day after a first lap crash in moto one, giving him 7th place on the day and 6th overall in the championship, while new recruit Sam Simpson went 6-7-7 on the day finishing 6th for the final round.

Recently crowned Victorian Champion Madi Healey lined up in the competitive A grade 250 class alongside her team mates and logged results of 12-14-12 against some of the fastest boys in the country.

The team will head up to Moree in NSW for this weekends Round of the MX Nationals where the junior riders will compete in the Rookies Cup. The final round will be held the following weekend at the iconic ‰Û÷Coolum‰Ûª circuit on the Sunshine Coast of Queensland. 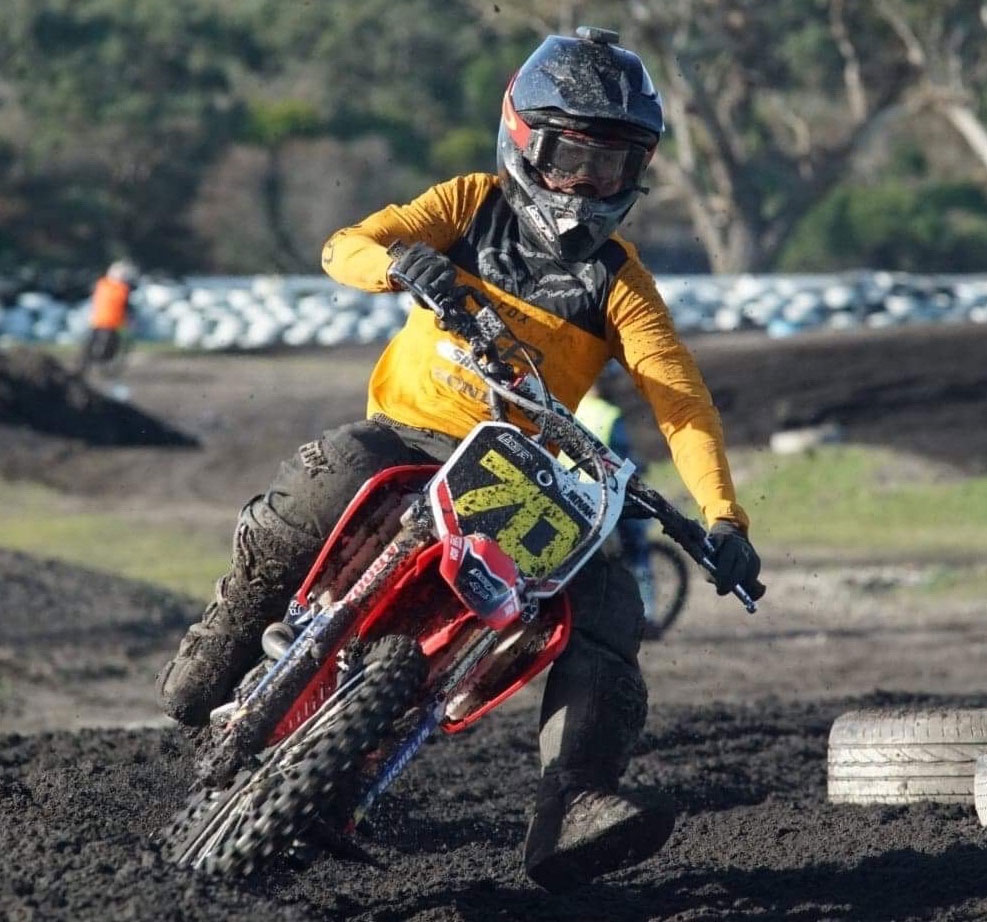 Benny Novak on his way to victory in moto 1 at Wonthaggi Photo: IHD Photography