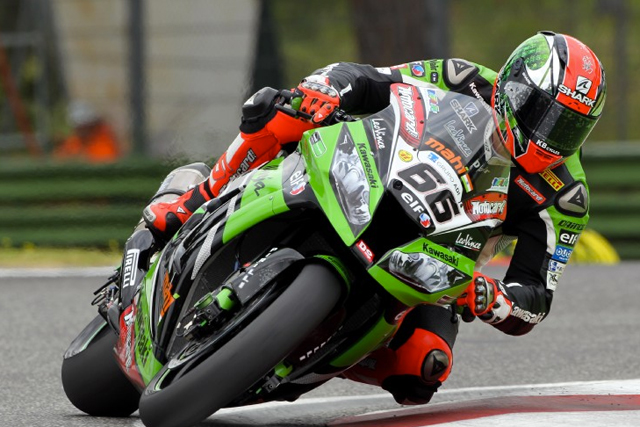 Tom Sykes and Loris Baz will lead the Ninja ZX-10R charge when the SBK championship heads to Moscow Raceway for the eighth round, with Sykes now in the lead of the championship for the first time.

The KRT team and riders did not take part in the official single day Imola tyre tests after the most recent round of the year in Italy, in which Sykes won both races and got his championship challenge back on track in emphatic fashion.

The team opted to recharge their batteries in readiness for another big push towards full points from Sykes and more top five and podium finishes for Baz.

Sykes and his Ninja ZX-10R have been able to operate at full pace since the start of the year and despite some misfortunes along the way in race conditions both bike and rider enter the Moscow round in an enviable leading position in the points table, six ahead of the next nearest challenger.

Sykes won both races at Imola - and the inaugural race at Moscow Raceway in 2012 - so he is understandably keen to get back into race action after a two weekends away from the track.

‰ÛÏLast year Moscow was new for everybody and I consider myself quite good at learning tracks pretty quickly." Sykes stated. "I have a massive belief in Kawasaki and the team so I knew we would make a good package for Moscow last year - and we won a race because of it.

"Like me almost all my rivals have knowledge of the Russian track now so it will be harder this year but it is a good circuit to compete at. We went down in history as winners of the first ever race there last year, which adds to the enjoyment of going back there.

"Overall it is a tight, twisty and technical track but it does provide for good racing," he added. 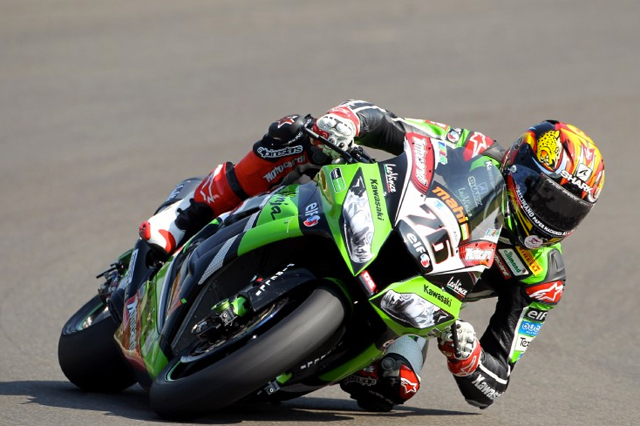 Loris Baz is feeling good heading in to the Russian round - Credit: Kawasaki Racing
For Loris Baz this race will signify his second time in Russia on the Ninja ZX-10R, although his results last year did not match his already proven potential to win or take podium places at other meetings.

‰ÛÏI am feeling good now after the Imola round." Baz commented. "We made a positive step in testing before the previous round but could not show it fully in Italy because of the pre-race crash I had.

"Now we are going to try to show our best pace when we get to the Moscow circuit. Last year it was not my favourite layout but I think we have improved quite a lot since the beginning of the year.

"I want to be with the top guys this weekend or at least very close to them. My feeling with the bike is really good and we just need a step to be with the guys at the very front. We have to try to be with them every weekend and we all know which direction we have to go in to improve some more.‰Û