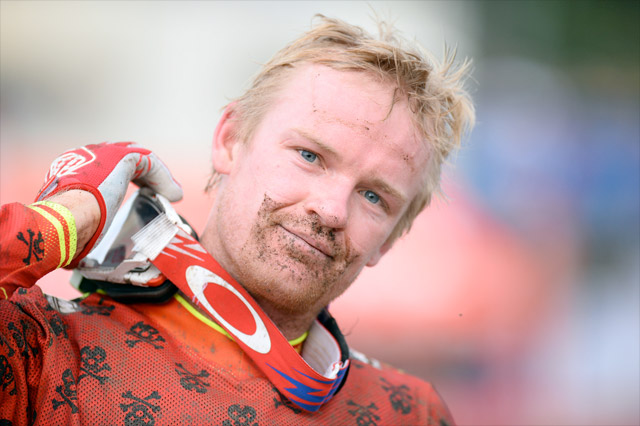 Excitement is high for the KTM Motocross Racing Team as it approaches this weekend's continuation of the Monster Energy MX Nationals series at Raymond Terrace, New South Wales, holding the top two positions in the MX1 championship.

With five rounds down and five yet to go, two enthralling contests are underway for KTM‰Ûªs premier class riders, Kirk Gibbs and Luke Styke.

Championship leader Gibbs stretched his lead out to a formidable 52 points when the series reached its halfway point at Coolum on Queensland's Sunshine Coast at the end of May.

The Queensland-based South Australian is looking more polished and more like champion material than ever before, however Gibbs is the first to remind anyone counting chickens that motocross is a risky game and anything can and often does happen.

‰ÛÏOnce we got back from Manji I got back into my routine." Gibbs said. "I had a big couple of weeks of work, won a local state race here, and then just kept on training hard.

"Finally I‰Ûªve just completed a week off the bike, and I think I needed that to really get excited about going into the second half of the season.

"It worked. I've been itching to get back on the bike and I'm going to head out tomorrow for the first ride. I'm really looking forward to it.

"The last couple of years at Raymond Terrace I have struggled, but this year I feel like I'm ready to turn that around.‰Û