Anthony West Gets Call Up To Pedercini Racing Team 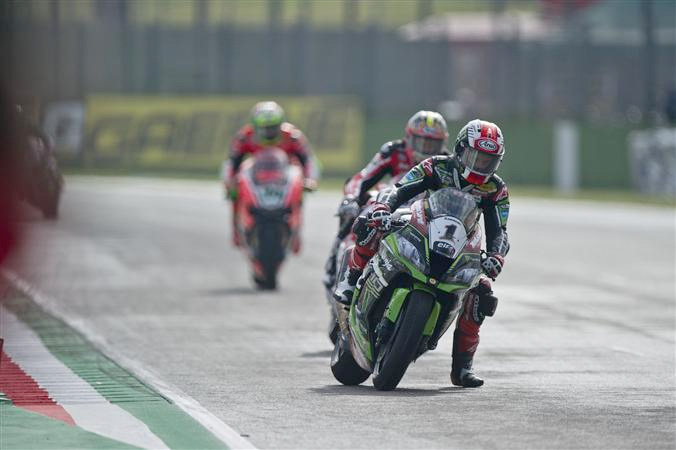 The forthcoming sixth round of the 2016 FIM Superbike World Championship at Sepang in Malaysia will be held at a familiar venue for KRT riders Jonathan Rea and Tom Sykes, not least as it was the launch venue for the 2016 showroom model Kawasaki Ninja ZX-10R.

This coming weekend they will be racing their new model Ninja ZX-10Rs on new asphalt after a comprehensive resurfacing programme at the 5.543km circuit.

After five rounds of the now 13-round WorldSBK championship have been completed KRT riders sit first and third overall, with reigning champion Jonathan Rea enjoying a 35 point series lead and his team-mate Tom Sykes sitting 32 points from second place. In the Manufacturers‰Ûª Championship the new Ninja has taken Kawasaki 34 points clear of the opposition after just ten individual races.

Each KRT rider has already stood atop the podium in 2016, with Rea having won five of the ten races held so far and Sykes having taken a win at Buriram in Thailand.

The last time Tom and Jonathan were at Sepang was for the world launch of the 2016 Ninja ZX-10R, which was undertaken with great help and co-operation from the KRT squad. Both official riders were present at the Sepang new model launch, as well as their crew chiefs ‰ÛÒ Marcel Duinker for Tom and Pere Riba for Jonathan.

‰ÛÏWe have some good memories of Sepang from last year." Rea reflected. "We were able to be really strong, especially when it came to tyre life. So I am exited to go back there.

"We are still developing new ideas. In race two at Imola, although we had some small issues, we found a lot of positives. I think for Sepang we will have really good information. I have also watched the race from last year a few times. The most exciting part about this weekend is to go somewhere with a lot of heat. Aside from the first two flyaway races the weather has been so inconsistent.

"I enjoy working in the heat and the consistent temperatures will be better for everybody. That should also make the tyre choice much more straightforward and we can work better on our race set-up. I am just looking forward to working again to help take the new Ninja forward.‰Û