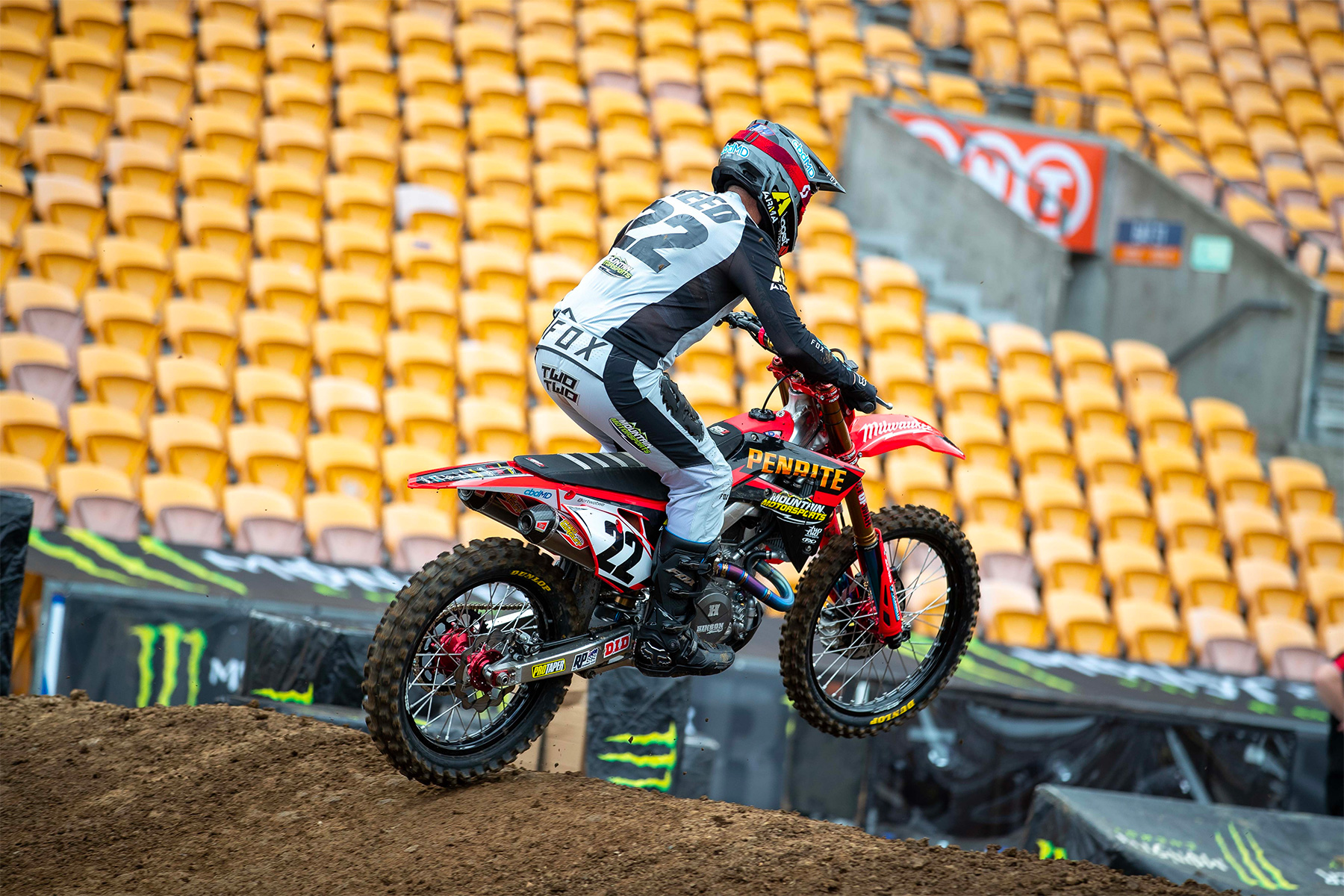 Chad Reed.
Chad Reed is looking to the final round of the Australian Supercross Championship in Melbourne on the 30th November as his chance for redemption after a rough night in Auckland.

A crash early in the evening took its toll on Reed, resulting in calling it a night to ensure full health for the final round of the Championship.

After sustaining rib injuries at the ‰Û÷Supercross de Paris‰Ûª before heading to race in Auckland New Zealand, Reed wasn‰Ûªt concerned it would affect his performance, having raced professionally for two decades through copious amounts of injuries.

The World Champion was determined to soldier on; ‰ÛÏI lined up for practice and qualifying no problems. I wasn‰Ûªt at my best but I didn‰Ûªt fly all the way to New Zealand to be a spectator. I was ready to race the complete night program.‰Û