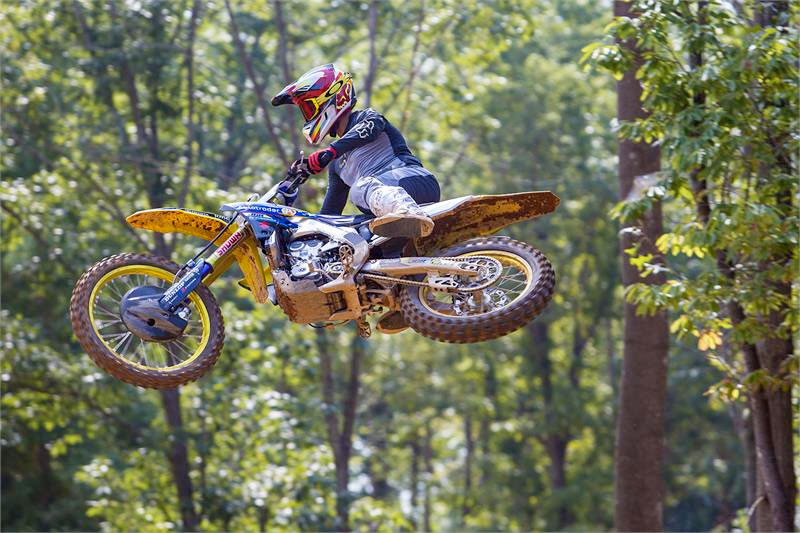 Reed, who achieved his greatest success outdoors on a Suzuki while capturing the 2009 AMA 450 Pro Motocross Championship, had those powerful memories renewed recently when the Australian had the chance to ride a stock 2018 Suzuki RM-Z450 during a press event in California.

Highly impressed by the RM-Z450, Reed reached out to Autotrader/ Yoshimura/ Suzuki Factory Racing Team Manager Jeremy Albrecht and asked about testing the race bike at JGRMX‰Ûªs headquarters in North Carolina and the positive testing experience opened an opportunity for Reed to line up for the Ironman National.

‰ÛÏThe opportunity came up last week for me to test the Autotrader/ Yoshimura/ Suzuki RM-Z450. I immediately felt comfortable with the bike and team. Although I had not planned to be in ‰Û÷race shape‰Ûª for another six weeks, it‰Ûªs an opportunity to get out and do what I absolutely love the most, which is race," Reed explained.

"I haven‰Ûªt raced a National in three years, but I have those nervous and excited race feelings to be getting back out there. I‰Ûªm stoked to help the team and sponsors while a few of their riders are out with injuries. I feel like a kid again getting to ride a factory bike and go racing with a highly motivated crew. I hope to see lots of ‰Û÷22‰Ûª fans this weekend!‰Û