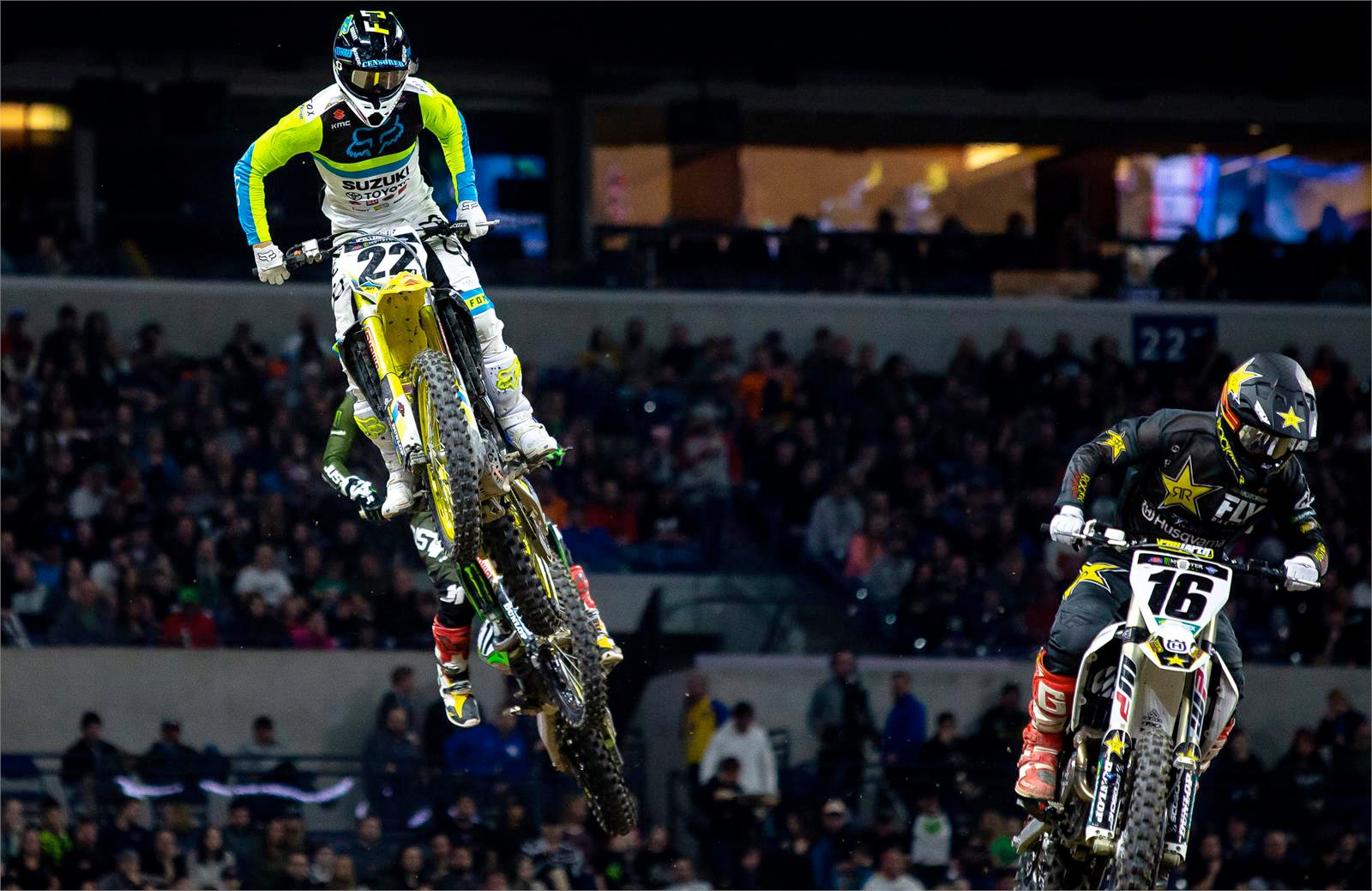 Chad Reed will sit out the remaining five rounds of the season after suffering multiple injuries at round 12 of the championship.
Australian Chad Reed has been forced out of the remainder of the 2019 Monster Energy AMA Supercross Championship following injuries received in a nasty crash at round 12 in Seattle over the weekend.

The JGRMX Yoshimura Suzuki Factory Racing rider got loose off a jump at the start of the main event which caused a chain reaction that resulted in a pile up that also took out Honda's Justin Brayton.

Overnight Reed let fans know his condition and confirmed the crash has resulted in the 32-year-old having to sit out the remaining five rounds.

"Yesterday was fun," Reed stated on his Instagram account, "Finally a halfway technical track; The whoops were so freaking awesome loved every pass, unfortunately a mistake in the main was costly. 8 broken ribs, broken scapula and a collapsed lung. I‰Ûªm bummed my year comes to an end with five to go.