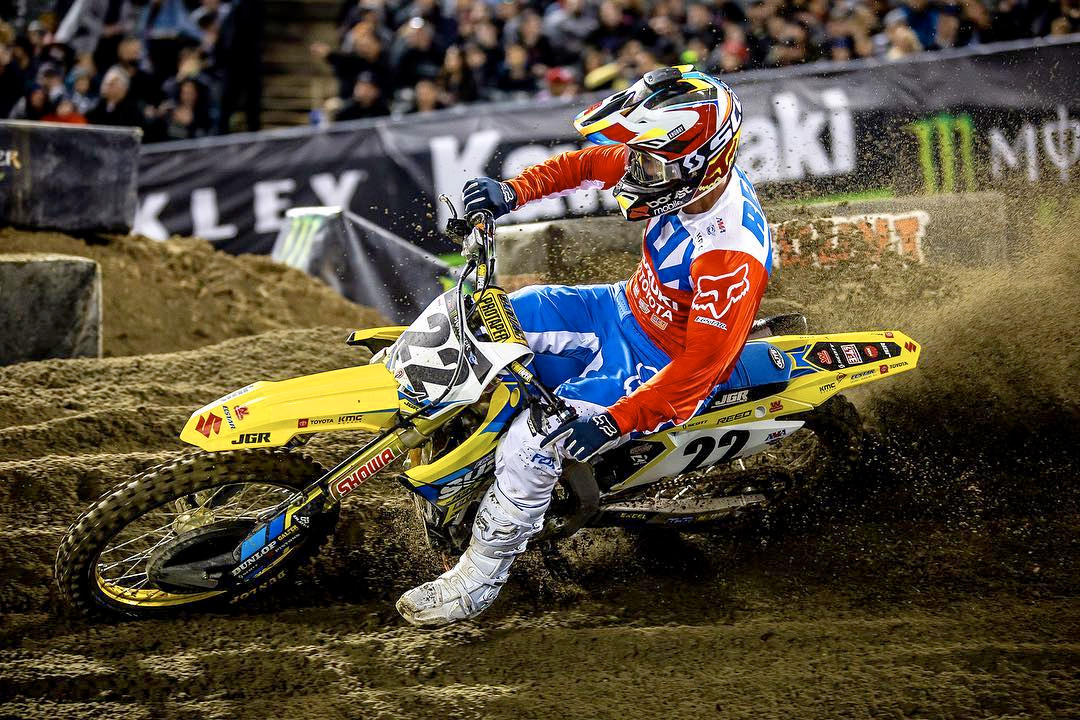 Chad Reed's night was better than his result showed at Oakland, crashing into Aaron Plessinger's downed bike halted his move through the field.
Chad Reed battled to a ninth-place finish at Oakland-Alameda County Coliseum in Oakland, California, the fourth round of the 2019 Monster Energy Supercross Championship.

The JGRMX/Yoshimura/Suzuki Factory Racing rider rode with high intensity in Oakland, logging the seventh-fastest lap time in the main event. While inching his way to the front, Aaron Plessinger crashed which caused Reed to fall. He remounted and clawed his way back to ninth. Reed‰Ûªs perseverance moved him up to 11th in the 450 points standings.

‰ÛÏI really liked the Oakland track layout. There were nice whoops and ruts. Unfortunately, I again struggled with one-lap speed, but I felt like I would be okay for the heat race and main event," Reed said.

"I had a decent start in the heat race and finished fourth. I was really enjoying the main event and began to find a rhythm. I was going to try and make some moves forward. Then I landed on Plessinger‰Ûªs bike when he crashed in a blind spot. I fought back to ninth. I‰Ûªm entering a new week with confidence. I have the pieces, but I need to start out the day better and carry that into the night show.

"We‰Ûªre heading to one of my favorite races of the series this weekend. San Diego has always been a solid hunting ground for me," the Australian concluded.

"Chad Reed rode really well in the main event," Albrecht said. "He had a good day overall. He would have finished just outside the top five, but [Aaron] Plessinger‰Ûªs bike was in the middle of the track and he landed on it and crashed. Chad was very fast. The starts were better for everyone, which is what we were focusing on improving this past week.‰Û