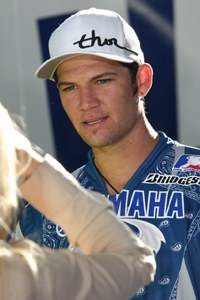 Australian AMA Supercross Champion Chad Reed has put Motocross/Supercross back in the Australian main stream media headlines once again, this time for his bulging bank balance.

With earnings of $6.5 million for the 2004 season, Reed out paced stars such as Swimmer Ian Thorpe, boxer Kostya Tszyu but was well of the pace when it came to Greg Norman's $230 million

Reed's next outing will be at Anaheim in California for the opening round of the AMA Supercross Championship where he will defend his current title.