Chad Reed Feels The Grind On Return To MXGP Circuit 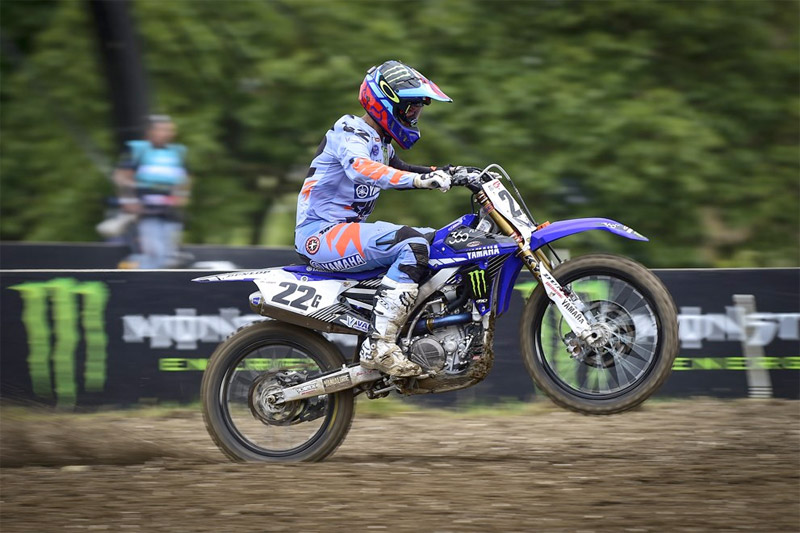 Chad Reed has admitted that was a bit of a shock to the system returing to the grind of two days of motocross action at the Weekends MXGP of Great Britain that was held at Matterley Basin on Saturday and Sunday the 18th and 19th of June.

Racing as a Wild Card for the Monster Energy Yamaha Racing squad, the Australian raced his first European Grand Prix in more than 15 years, finishing 14th in race one and 16th in race two.

The former AMA Supercross and American Motocross Champion was challenged not so much by the speed of the world outdoor motocross championship but more so the duration of the event, but was able to find his footing at Matterley Basin to finish 13th overall in front of thousands of British racing fans.

"I think my physical fitness is totally fine, but the muscle memory for 35 minutes of pounding, especially from this track, is lacking." Reed commented after the weekends event. "The riding, the feeling on the bike and the pace was fine, but the grind in two days of motocross is a lot different than what we do in one day in Supercross."

"Hopefully this will shock the body and make next week a bit easier. But honestly the pace doesn't seem too gnarly, and my feeling on the bike is the best I have had outdoors in a long time," Reed concluded.

Reed will once again line up this weekend at the 12th round of the MXGP championship for his second and final apperance of the 2016 season as the series heads to Lombardia in Italy as the riders set themselves to tackle the Mantova circuit.