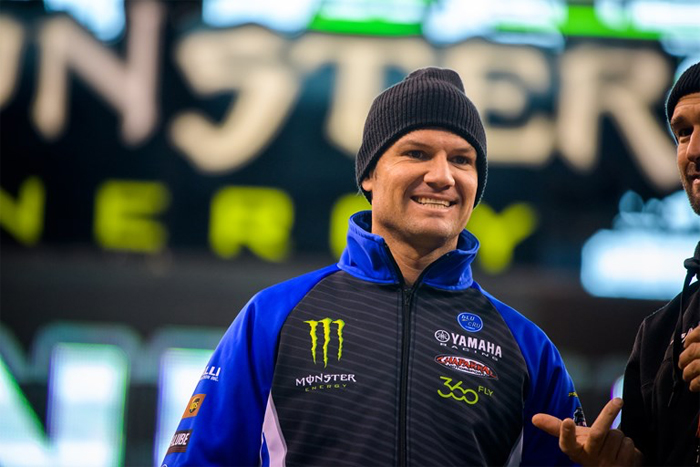 Australian born, American Supercross Champion Chad Reed will return to Europe in June for two weekends of MXGP Motocross action, crossing over from America to line up on a Yamaha YZ450F at Matterley Basin in the UK on June 18-19 and at Mantova in Italy on June 25-26.

"I'm excited to come back and race in Europe." Reed enthused. "Over the years I've been here for Motocross of Nations, so I know what to expect, and of course I watch the MXGP rounds every week to see who's winning.

"But these guys are riding at full gas in the middle of their season, and my Supercross season just ended in May, so I think we're going to have a couple of great races together in the UK and Italy," Reed said.

Reed, 34, has 44 AMA Supercross and Motocross career victories and two Supercross Championship titles in 2003 and 2008. With multiple indoor and outdoor titles to his name, Reed recently finished the 2016 Supercross Championship fifth overall in the 450SX class, taking 14 top 10 finishes. The popular Motocross superstar last raced full-time in Europe in 2001, where he finished second overall to MickaÌÇl Pichon in the 250cc series.

"A lot has changed in 15 years." Reed added. "What used to be just three classes and a single-moto format is now two days and five classes. It's going to be nice to come back and see old faces and old friends, but the pace is going to be high and from a racing point of view I'm a competitive guy and I want to do well."

Reed will enter both MXGP events as a wild card with factory support from Yamaha Motor Europe, and make a full round of promotional and sponsor appearances for fans and media at Matterley Basin and Mantova. Stay tuned for details on a #ChatWithChad Facebook Live session with Chad Reed on Friday June 17.