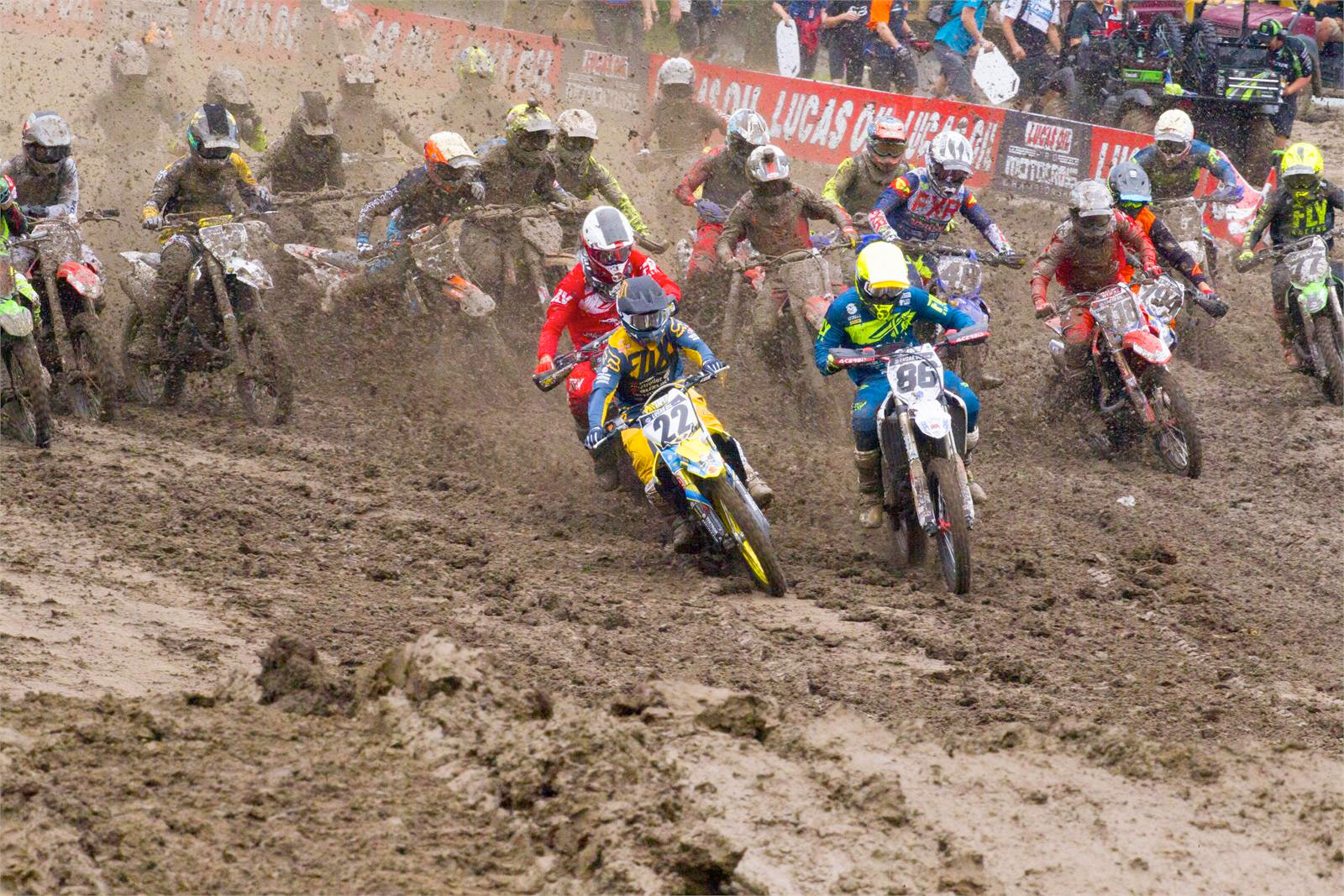 Reed gave himself a good chance in moto two with a clear holeshot. Photo: BrownDogWilson
Chad Reed made a successful return to motocross last weekend at the Ironman National in Crawfordsville, Indiana, for the final round of the 2018 Lucas Oil Pro Motocross Championship.

Mother Nature wreaked havoc on race day, dumping several inches of rain in the morning. The conditions didn‰Ûªt prevent former National Champion Reed from rising to the occasion in his fill-in ride on the the Autotrader/ Yoshimura/ Suzuki Factory Racing Team Suzuki RM-Z450.

Reed tested the Suzuki RM-Z450 at JGRMX prior to the Unadilla National and was impressed with the bike. With Weston Peick out due to hand surgery, Reed stepped up and volunteered to race the Ironman National. In his first National in over three years, the Australian exceeded expectations as he is inclined to do.

My number-one goal was to smile and enjoy a day of racing my dirt bike for one of the best teams in the paddock. The day was a success on all levels

After qualifying seventh, he was as high as third place in the first moto before the sloppy track slowed his advance. Reed crossed the finish line in fifth and lined-up to the far inside on the gate for the second moto.

The veteran nailed the start and led the field through the first turn, but crashed on the first lap, then recovered to cross the finish line eighth in the moto for eighth overall on the day. 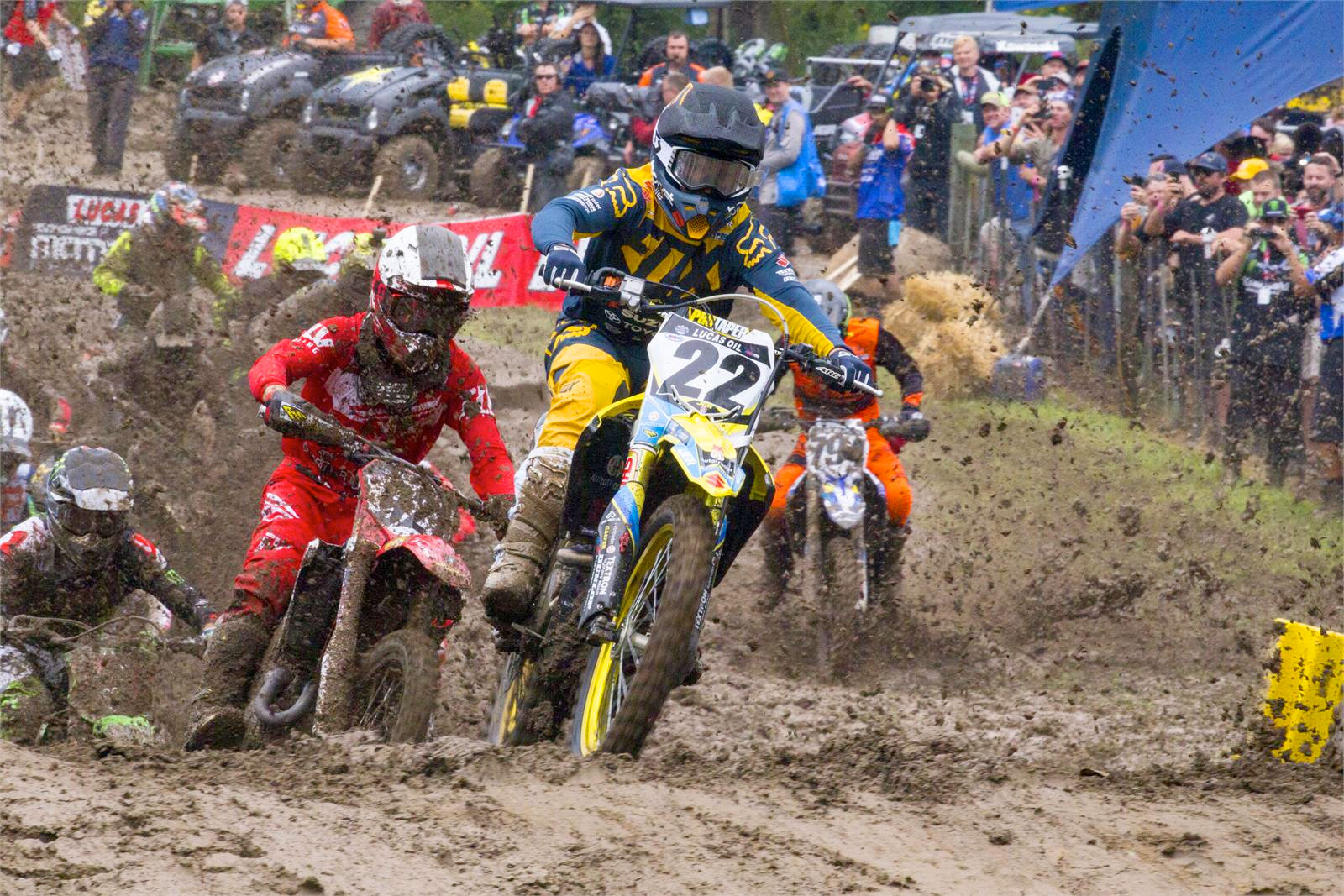 Reed went 7-8 for eight overall in his first AMA Pro National in three years. Photo: BrownDogWilson
‰ÛÏMy immediate feeling on the Suzuki RM-Z450 brought back so many positive feelings," Reed confided. "It instantly changed my thoughts on motocross. I have been working on my off-bike strength and fitness over the past month, so I knew I could handle some suffering.

"Riding fitness is so unique to our sport, so I was really quite nervous and unsure in that area. Not having raced a National in three years, my number-one goal was to smile and enjoy a day of racing my dirt bike for one of the best teams in the paddock. The day was a success on all levels.‰Û 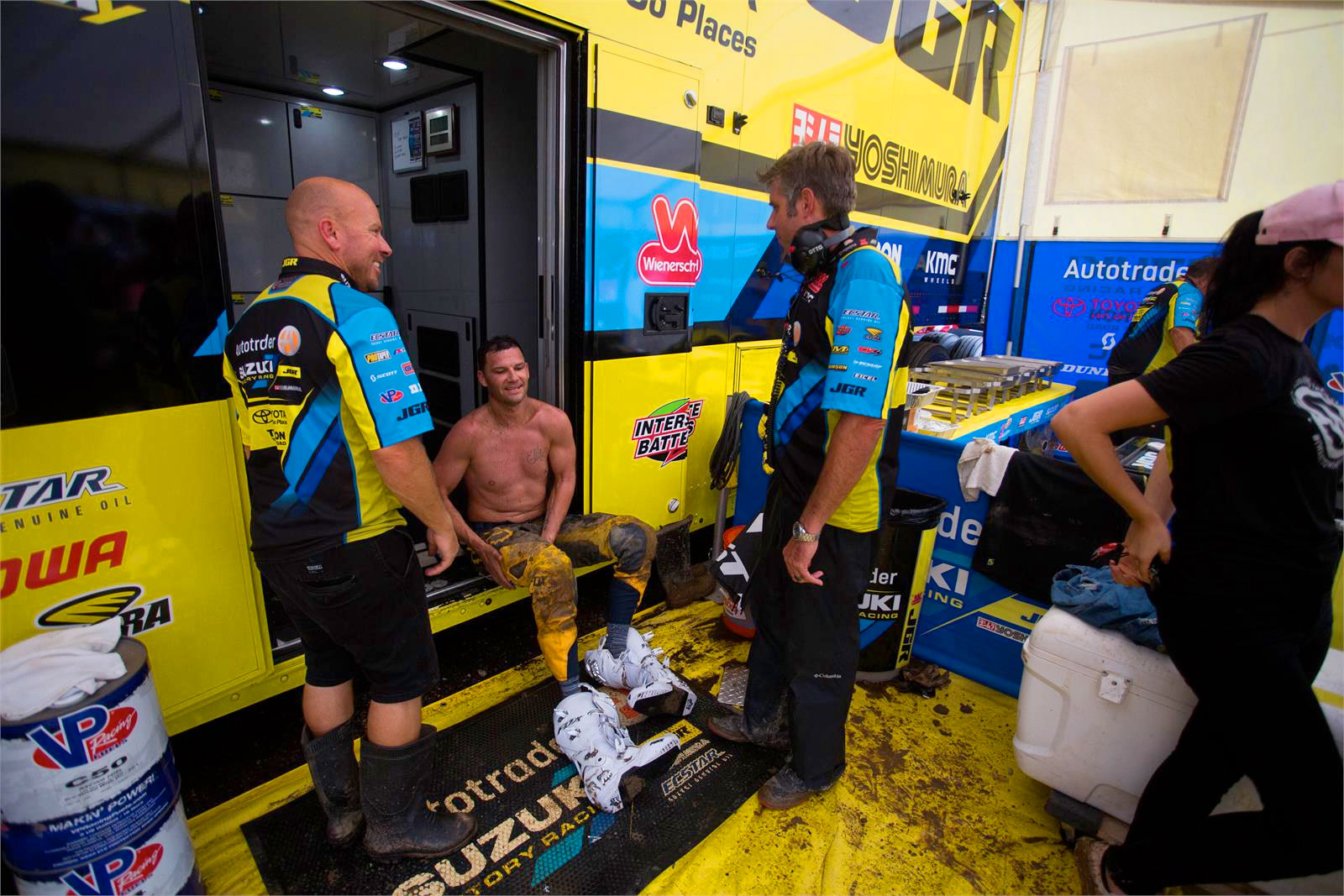 At the end of the day Reed declared the his return to motocross was fun and he was happy with his results, fitness and the day overall. Photo: BrownDogWilson