Chad Reed Declares A2 a Good Night Despite Mechanical Gremlin 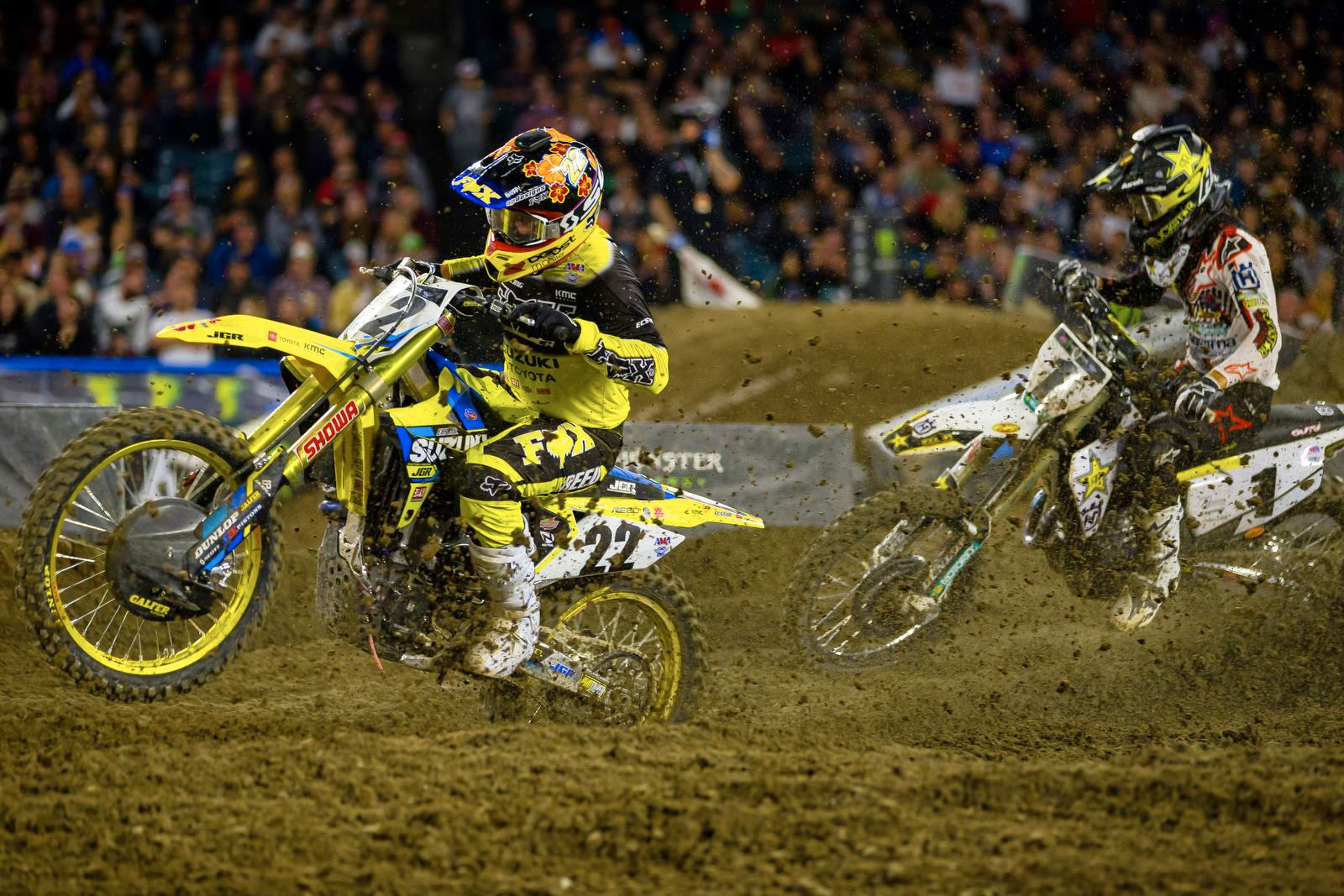 Chad Reed declared A2 a good night despite missing the second moto after some stripped threads on a clutch cover caused an oil leak. Photo: AMA Supercross
Chad Reed had the full bag on Saturday night at round three of the AMA Monster Energy Supercross Championship, the first of three Triple Crown events, at Angel Stadium in Anaheim, California.

At 36 years of age, the JGRMX/Yoshimura/Suzuki Factory Racing Team rider continues to defy the calendar. Racing competition nearly half his age, Reed still has the drive and skill to succeed.

The Australian fought to a 10th place finish in the first race. Unfortunately, a part malfunction kept Reed out of the second race of the night. He rebounded by nearly grabbing the holeshot in the third race, running up front, and finishing fifth place. Reed‰Ûªs 10-22-5 scores earned him 13th overall. He is 12th in the standings.

‰ÛÏIt was a good night of racing," Reed said. "I felt race ready, even though my qualifying times were not where I would have liked them to be. I was a little too kind about making my way forward in the first main. Unfortunately, we had a technical issue in the second race. In race three I felt like I needed to pull one of my customary Suzuki starts out of the old bag. From there I really felt like I rode my best all weekend. Moving forward I want to focus on believing in myself more and getting great starts more often.‰Û