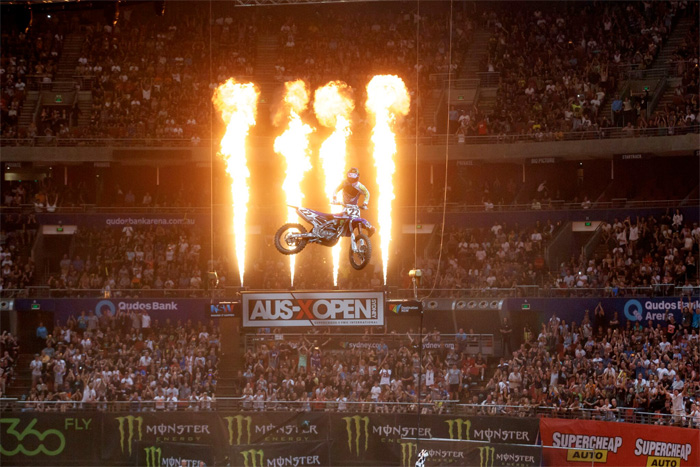 Australia‰Ûªs most successful dirt bike rider of all time and two time World Supercross Champion - Chad Reed, is confirmed to be making his way back down under to compete in the now iconic AUS-X Open Supercross event this November 11 and 12, inside Sydney‰Ûªs Qudos Bank Arena.

At 35 years old, Reed is now the oldest competitor on the international Supercross scene and without a signed contract for 2018, many speculate that the AUS-X Open Sydney could be his last ever Supercross race.

Ironically, Qudos Bank Arena is the very same venue where Reed propelled his name into the global limelight 16 years ago, when he edged out young American phenom ‰ÛÒ Travis Pastrana, for the win.

Following 17 years of professional racing, Reed entertains that Sydney could well be the final race of his hall-of-fame career; good reason not to miss the opportunity to see him in person.

‰ÛÏCurrently, I don‰Ûªt have a contract for the 2018 season. My intention is to continue racing, but if it‰Ûªs not meant to be, I couldn‰Ûªt think a better place to end my career than the AUS-X Open amongst my friends, family and fans,‰Û