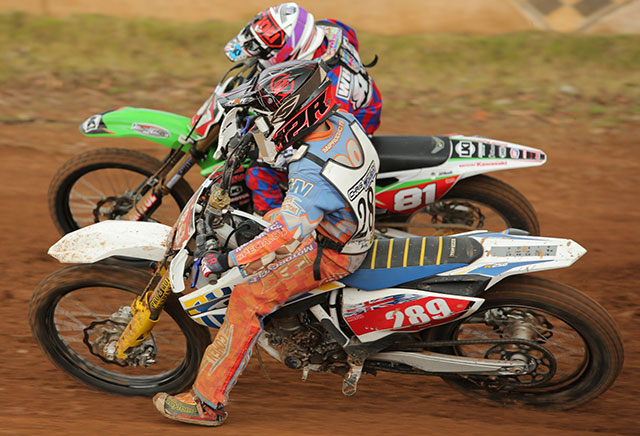 It‰Ûªs on again this weekend ‰ÛÒ probably the biggest motorsport event on the Central Coast this year in terms of the number of competitors and its prestige.

The senior class has invariably been won by previous, or future, Australian champions and even a future world champion.

Competition in the senior class should again be red-hot this weekend with host club rider David Smith defending his hard-earned 2015 victory. The most successful rider in the history of the event, Jace Castles from Brisbane is back seeking a fourth win, while Sean McLellan will be out to add to his distinction of being the first rider to win both the junior and senior class.

Another former junior winner Jarred Brook from Brisbane has been the standout in racing so far this year and warrants favourtism for the event, and 16 year old Boyd from Kurri cannot be ignored after impressive form in a handful of meetings since moving in to the senior ranks.

The Junior Cup should be just as competitive with Singleton rider Billy van Eerde striving to become the first to ever win the event twice.

His toughest rival should be Kurri rider Mackenzie Childs, while the likes of Kye Andrews, Caleb Porter, Connor Ryan, Riley Hubbard and Bailey Davis should also be prominent.

Riders from Victoria and Queensland as well as many country clubs are included in the line-ups for the various age divisions.

Entry fee for spectators this weekend will be $10 per vehicle payable at the gate to the St Johns First Aid.

For more information about this weekend check out the club‰Ûªs website www.ccjuniormotorcycleclub.org.au