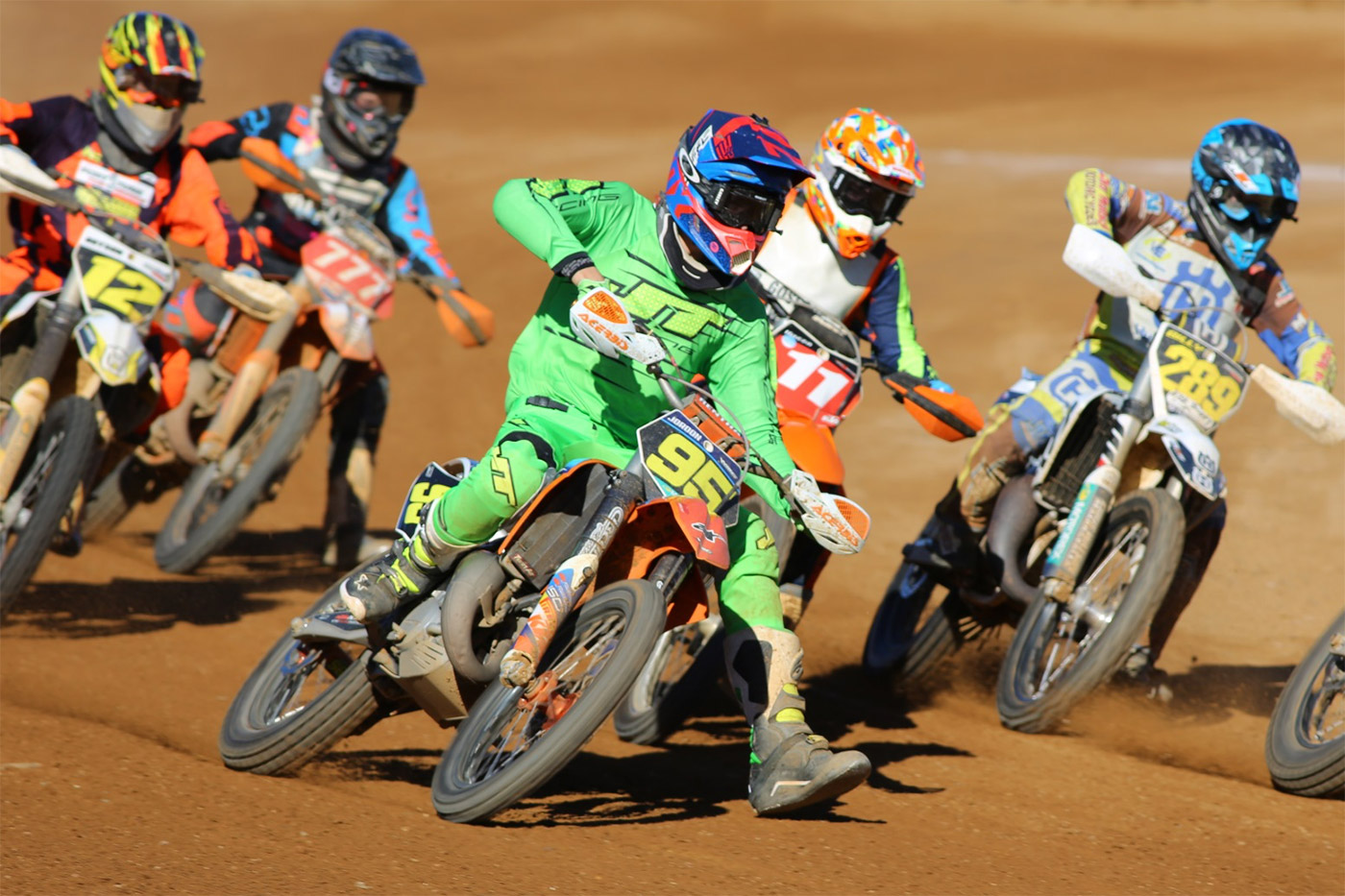 Jordan Ussher in 2017 when he won the Junior Cup, He will try to win the Senior Cup this weekend, Photo: David Lamont
The 2019 Honda / The Construction Team Central Coast Cup dirt track motorcycle meeting is on this weekend (May 25 and 26) at the Allen Park track at Somersby.

Since its inception in 2005 the Central Coast Cup meeting has established itself as one of the major non-championships meetings on the dirt track calendar with one reason for the on-going significance of the meeting being the honour roll of winners in both the senior and junior (13 to Under 16s) classes.

The senior class has been won by previous, or future, Australian champions and even a future world champion, but the one name that could stands supreme after this weekend is host club rider David Smith who is striving to win for a fourth time.

His toughest opposition will surely come from Kurri Kurri Junior Club rider Connor Ryan who was the standout at meetings at Canberra and his home track earlier in the year.

David‰Ûªs brother Peter Smith, the not related Nathan Smith, and a sprinkling of youngsters like Jake Farnsworth and Blake Wilby are also expected to be prominent.

Former Junior Cup winner Jordan Ussher will be out to become only the third rider to win at both junior and senior level. There will be a new name on the Junior honour roll, with two contenders standing out as favourites.

Kurri Kurri Junior Club rider Harry Ryan is nearing the end of a highly successful spell in the junior ranks but will surely have to overcome 13 year old Tom Drane of Forbes if he is to claim honours.

The younger age brackets will have to wait to be able to chase Central Coast Cup honours but their racing invariably provides plenty of close, hard-fought racing which augers well for the future of the sport.

Many of the junior riders who have travelled from interstate and all over New South Wales will use this weekend as a shakedown for two major meetings later in the year.

Entry fee for spectators this weekend will be $5 per vehicle payable at the gate as a tax deductible donation to the St Johns First Aid.

Proceedings get under way with State MP Liesl Tesch officially opening the meeting, prior to practice, at 9.30am on Saturday with the first round of competition to follow, while racing gets underway at 10 am on Sunday.