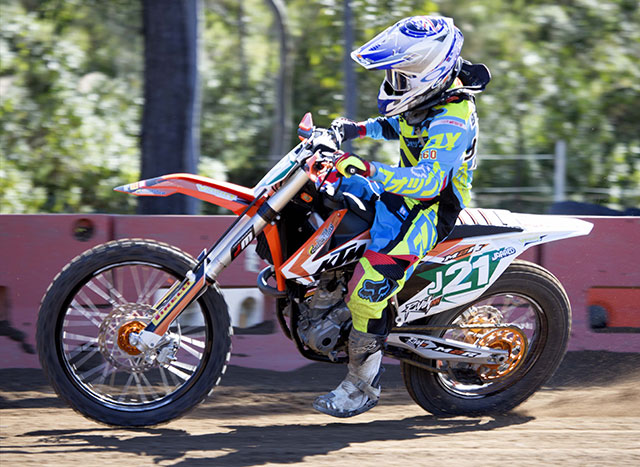 It‰Ûªs on again this weekend ‰ÛÒ probably the biggest motorsport event on the Central Coast this year in terms of the number of competitors and its prestige.

Probably the best ever line-up for the Senior Cup is among the big entry list that will assemble in the pits for action on both Saturday and Sunday, May 27 and 28.

The senior class has invariably been won by previous, or future, Australian champions and even a future world champion.

Host club rider David Smith will be attempting to build on his back-to-back victories in 2015 and 2016 and he will be joined by two other previous winners - the inaugural winner from 2005 Luke Gough and Sean McLellan who will be out to add to his distinction of being the first rider to win both cups, winning the junior in 2010 and senior in 2013.

Standing in the way of that trio is a classy line-up, including four Australian champions seeking to win the Central Coast Cup for a first time, three of them from Queensland.

A former Junior Cup winner Jarred Brook from Brisbane, Townsville rider Damien Koppe and Robbie Menzies from the Gold Coast, will line up together with the vastly experienced Michael Kirkness.

Add in Townsville rider Kayden Downing, who won last month‰Ûªs Casey Stoner Cup at Kurri Kurri, host club riders Peter Smith and Harry Scott, and three very talented additions to the senior ranks over the past year in Boyd Hills, Mackenzie Childs and Connor Ryan and even qualifying for the final will be tough.

In the Junior Cup Singleton rider Billy van Eerde already has a unique record as the only ever dual winner and he will be striving to leave a record unlikely to be matched if he wins for a third time.

Entry fee for spectators this weekend will be $10 per vehicle payable at the gate as a tax deductible donation to the St Johns First Aid.

Practice starts at 9.30am on Saturday with the first round of competition to follow, while racing gets underway at 10 am on Sunday.