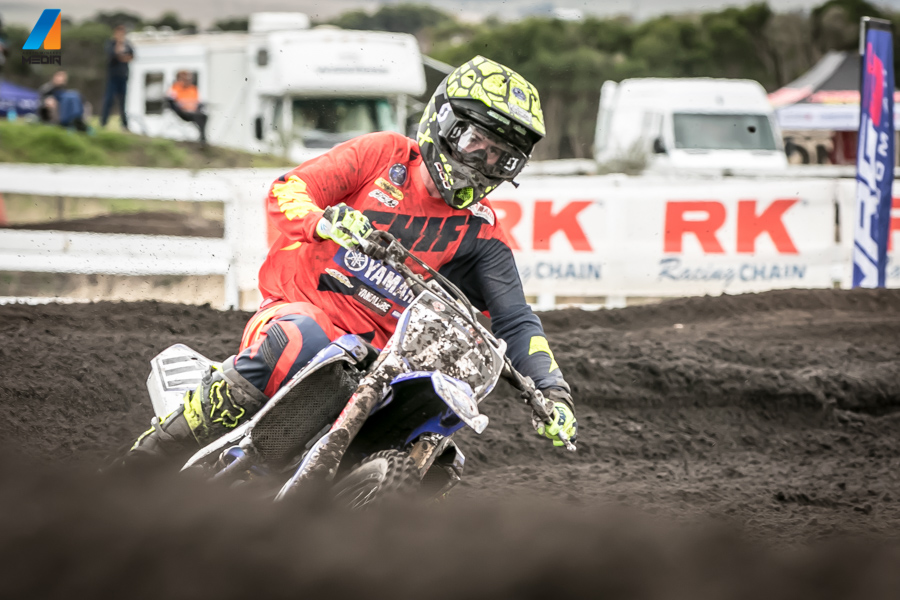 CDR Yamaha‰Ûªs Dylan Long has elected to sit out the up-coming rounds of the MX Nationals as he recovers from a wrist injury sustained at the beginning of the year.

Long, who broke his scaphoid in his wrist over the Christmas period, has been racing the first two rounds of the championship in considerable pain but has made the wise decision to let his wrist heal properly before returning to racing.

‰ÛÏAfter the Appin round I went to see my doctor regarding my wrist and while structurally it is fine and the scaphoid has healed well, the ligament damage around the area still needs time to recover and with the week to week riding, training and racing we are in at the moment, any recovery has been slowed and halted by the continual use." Long explained.

‰ÛÏIf I continued to ride, I would only continue to damage the ligament and tissue around the bone and therefore prolong the injury.

‰ÛÏI‰Ûªm gutted that I‰Ûªm in this situation but myself and the CDR Yamaha team both agree I need to take the time off, let me wrist heal properly before returning to racing."

Long has toughed it out at the opening two rounds and sits just outside the top 10 in points despite racing with his injury. The injury was always a race against time to make round one but it was clear that he wasn‰Ûªt at 100% but the best plan for the talented Victorian racer is to take the time to get his body 100% before returning to race.

‰ÛÏDylan is extremely disappointed by this but it is the right step to take and we need to ensure his wrist is right before his return,‰Û