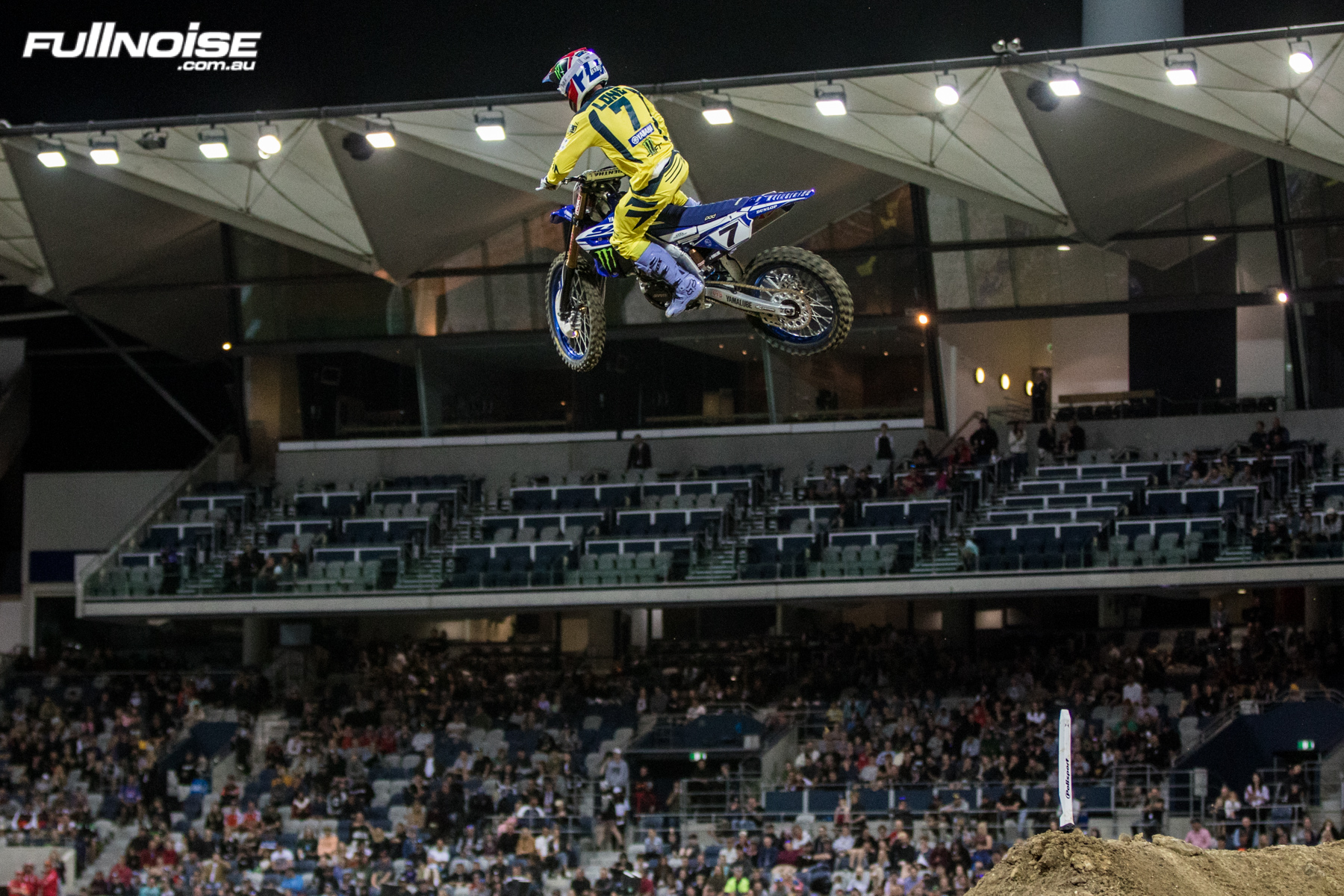 CDR Yamaha Monster Energy Team's Dylan Long finished fifth at round three and now sits 5th overall in the SX1 championship standings. Photo: Aaryn Minerds
Dylan Long holds down fifth place in the Australian Supercross Championship after round three action was wrapped up in front of 11,800 fans on Saturday Night at GMBHA in Geelong.

Long, now the loan-ranger in the CDR Yamaha Monster Energy Team, following injuries to Dean Ferris and then fill-in rider Nathan Crawford, produced another consistent night of racing to claim fifth on the night and move to fifth in the championship with two rounds to go.

Under the triple final format that sees the SX1 (450cc) riders hit the track in quick succession over three, twelve lap races, Long finished with 8-5-4 results on the night and continued to improve each race.

Race one he suffered from a poor start and struggled to get through the mayhem but with better starts in each of the next two races, Long was able to produce the speed and skill he has and was right in the thick of the battle.

The final race saw him in fourth and hot on the heels of the top three for the entire race, just unable to make a pass on the experienced riders in front of him.

‰ÛÏThings started off a little ordinary but by the end I was on the pace and battling inside the top five, which is where I think I should be,‰Û 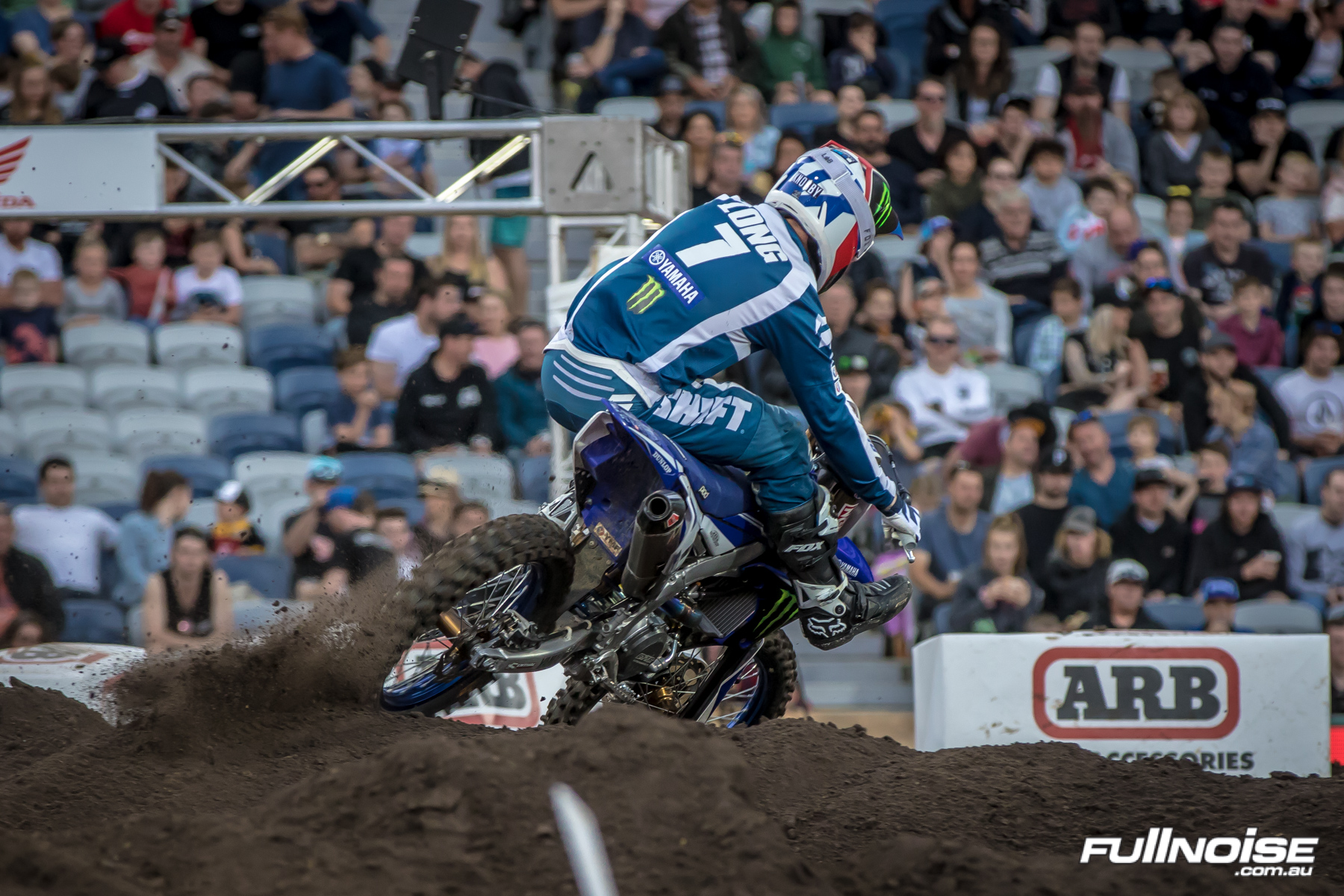 Long finished with 8-5-4 results on the night and continued to improve each race. Photo: Aaryn Minerds