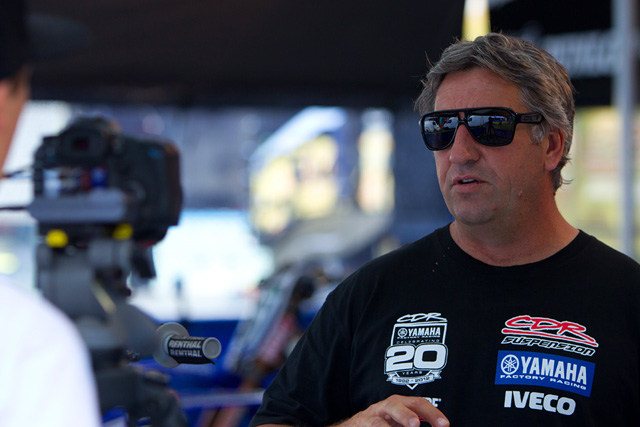 The CDR Yamaha team laid down some solid foundations for their 2012 championship aspirations with a strong showing at the opening round of the Monster MX Nationals held at the picturesque Conondale circuit, on the Sunshine Coast.

Team owner, Craig Dack left the Conondale circuit in an upbeat mode and feels his riders, Josh Coppins and Lawson Bopping have laid a solid platform at the opening round as the team set sails into its twentieth season.

"Second and sixth at the opening round is a good start and far better than where we were 12 months ago yet still went on for a championship 1-2. Dack Commented.

"Josh continues to put in each and every race and is ultra professional in the way he handles everything while Lawson showed he has the speed to mix it up the front and that we just need to take a closer look at his race day requirements to get the most from his body." he added. 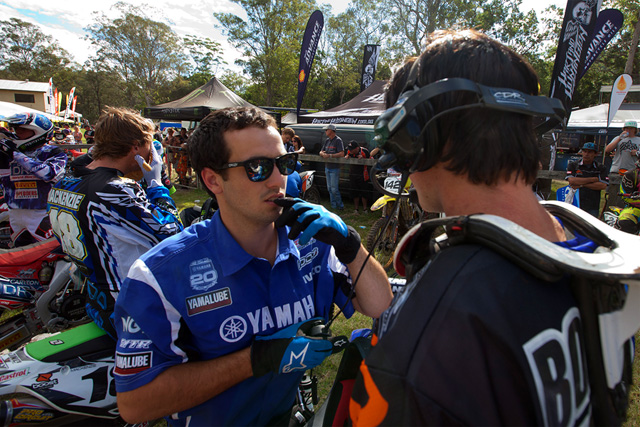 Lawson Bopping receives some last minute team instructions via the headset as he lines up for his MX1 moto. - Credit: Garry Morrow
After spending the first part of last season doing a lot of in season testing to find a good base setting on the YZ450, the CDR looks to have come into the 2012 season with the bikes right on the money from the outset.

"I felt our bikes worked well and that was cemented when the riders said they wanted no changes for the upcoming round. It was a positive start for the team and we now have a good base to contend for the 2012 championship," Dack concluded. 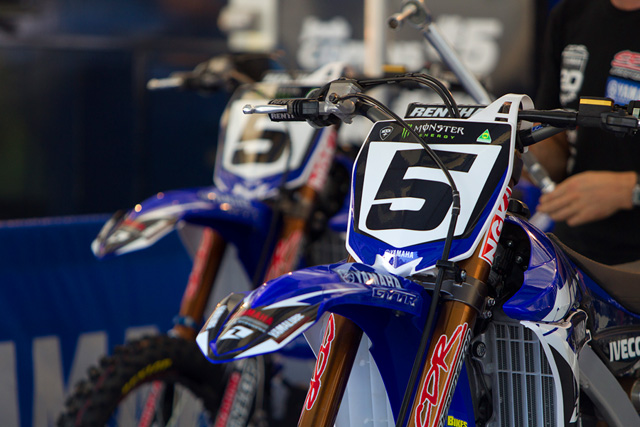