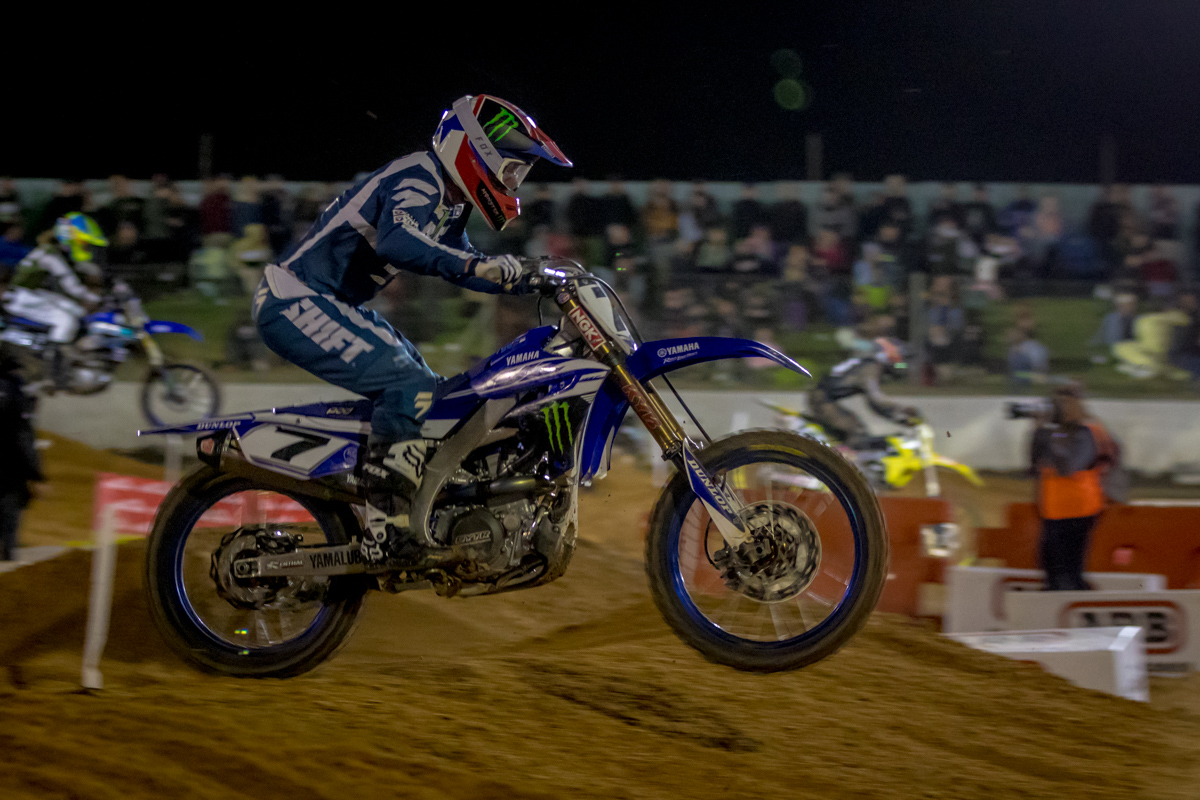 CDR Yamaha Monster Energy Team‰Ûªs Dylan Long turned in his best performance of the Australian Supercross season, taking fourth place at round four of the championship, held at Gillman Speedway in Adelaide.

Long was in good form on the weekend and looked great on track on his YZ450F as he contested the premier SX1 division. With steady as you good rides so far this year, Long showed real endeavour at Adelaide that he was determined to mix it up with the established stars of the class and finished a very respectable fourth overall in a better night for him and the team.

Long raced to 6-4-2 results on the night in a much-improved night for the talented Victorian racer. His start was ordinary in the opening triple final format, but he fought back well to make it to sixth by the end of the 10-lap affair.

Race two and three saw Long start much closer to the front and he hung with the leaders throughout the racing. His fourth on the night now sees him in fifth in the overall championship with three riders fighting over the final podium spot in the series.

‰ÛÏTonight was better from me and I felt really competitive in all three races. This format mixes up the points so much, so you have to keep plugging away every race and you never know how it ends up. Tonight, I was fourth, but only three points from the second so that‰Ûªs good progress and hopefully I can keep that rolling into the final round in Sydney in a few weeks‰Ûª time,‰Û