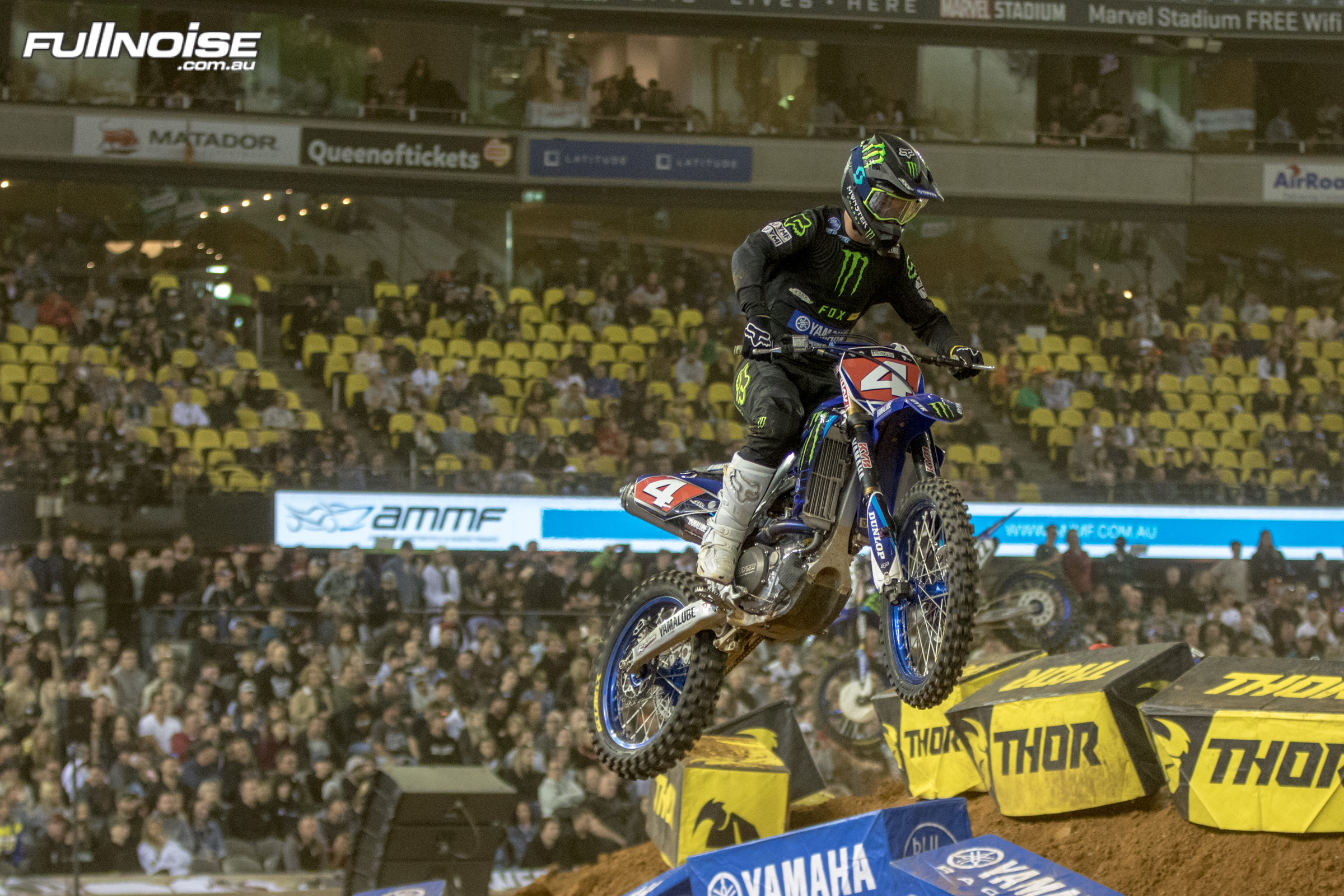 Clout looked racy all day posting the fastest laps in qualifying and in Superpole, but when the three back to back main events rolled on, his luck had deserted him.
The CDR Yamaha Monster Energy Team‰Ûªs Luke Clout, Dan Reardon and Josh Hill all managed to climb on the podium at the final round of the 2019 Australian Supercross Championship.

In front of nearly 35,000 fans at Marvel Stadium in Melbourne, US guest Josh Hill made his first trip to the podium in 2019 taking a third place on the night, while Luke Clout and Dan Reardon claimed an impressive two ‰ÛÒ three finish in the premier SX1 (450cc) championship, despite both having a challenging final round.

Luke Clout carried the championship leaders red plate into the final round with a slender one point lead over Justin Brayton. Clout looked racy all day posting the fastest laps in qualifying and in Superpole, but when the three back to back main events rolled on, his luck had deserted him. 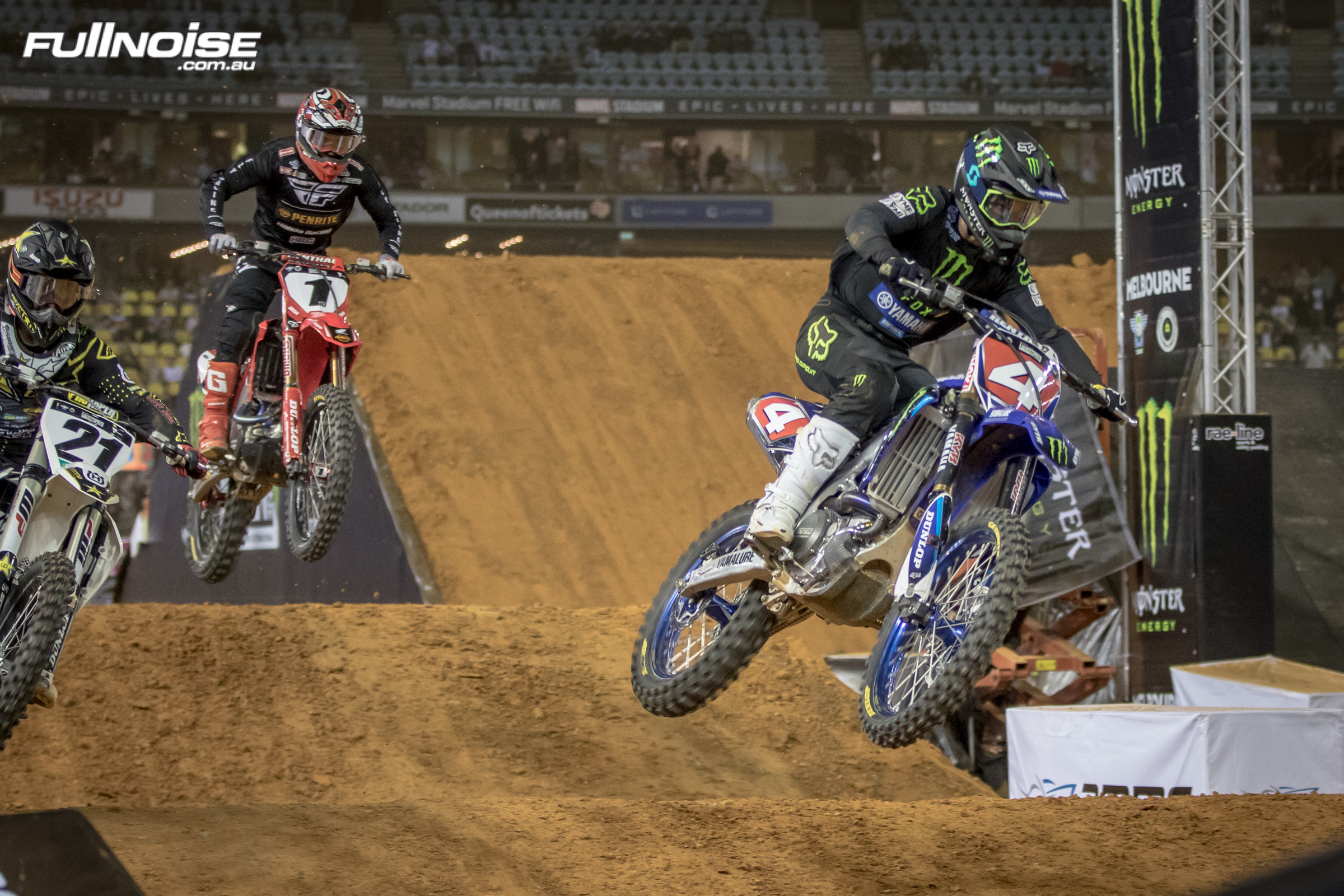 It was a tough night for Clout but to his credit he continued to swing for the fences all day and he has no doubt improved considerably in the 2019 season.
On the hard pack and slippery surface, Clout came home with 10-3-7 results and was marred by crashes in two out of the three races. Race one he was up front early but pushed the front too hard in a turn and went down while challenging Brayton for position. He then went down again just half a lap later as he got tangled with another downed rider.

Race two got his night back on track with a solid third place but again in race three he sampled more of the Marvel dirt as he went down early in the race.

It was a tough night for Clout but to his credit he continued to swing for the fences all day and he has no doubt improved considerably in the 2019 season.

‰ÛÏLook, it‰Ûªs a bit of a disappointing way to finish the championship but overall, I still see it as a very positive series for me and one that I made gains on as a rider,‰Û 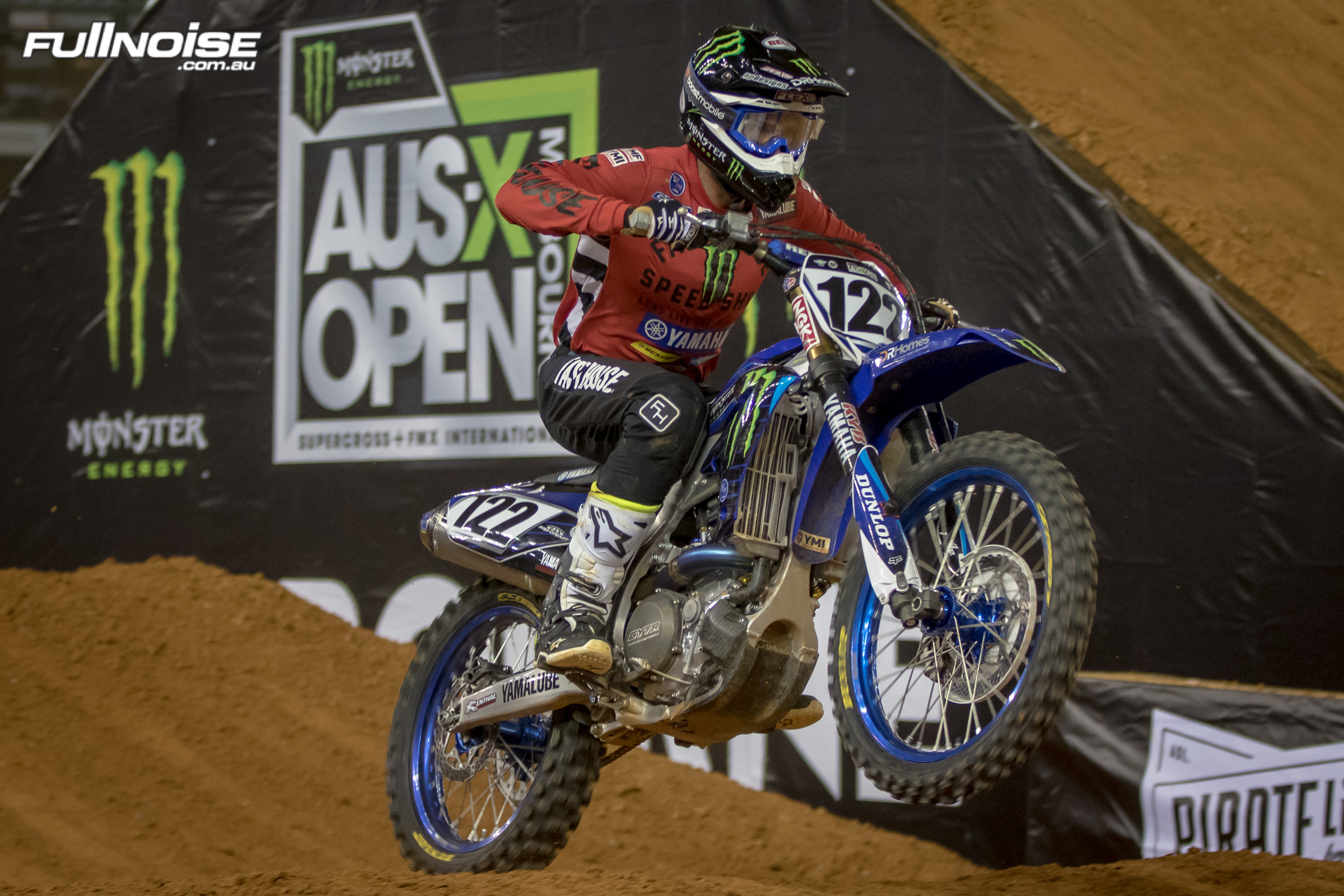 Reardon finished the final round in sixth after a rough start to his day.
Dan Reardon finished up third in the SX1 championship after another solid season and matched his 2018 result. Reardon is the older statesmen of the sport in Australia but still finds a way to keep himself competitive and fast in a sport that requires aggression and balls-out speed.

Reardon finished the final round in sixth after a rough start to his day. He crashed in his heat race and left himself a little battered and bruised. He had to transfer through to the main event via the LCQ but once on the start line it was business as usual for the Queenslander.

He came home in sixth on the night with consistent finishes of 5-5-6 in the three sprint races. He wasn‰Ûªt able to get great starts and as a result, was always working hard to come through the pack in each and every moto.

‰ÛÏI made things difficult for myself when I crashed in the heat race. Instead of having an early pick of the start gate with a direct transfer spot, I had 17th pick of the gate and as a result wasn‰Ûªt in a good position in the first turn on every start.

‰ÛÏI would love to have done better here tonight as it was a big stage for our sport in a venue like this and with the biggest crowd we have had for supercross, but still happy to finish third in the championship and be racing at this level.

‰ÛÏLast year I finished the season with an injury in Auckland that took months to rehab. It took a lot of work to come back and get full strength back in my foot and ankle, but I am glad I did it as I still love racing supercross.

‰ÛÏIt was also great to hook up with the CDR Yamaha Monster Energy Team again and re-ignite a successful working relationship. We won in 2015 and here we are four years later still going for championships,‰Û 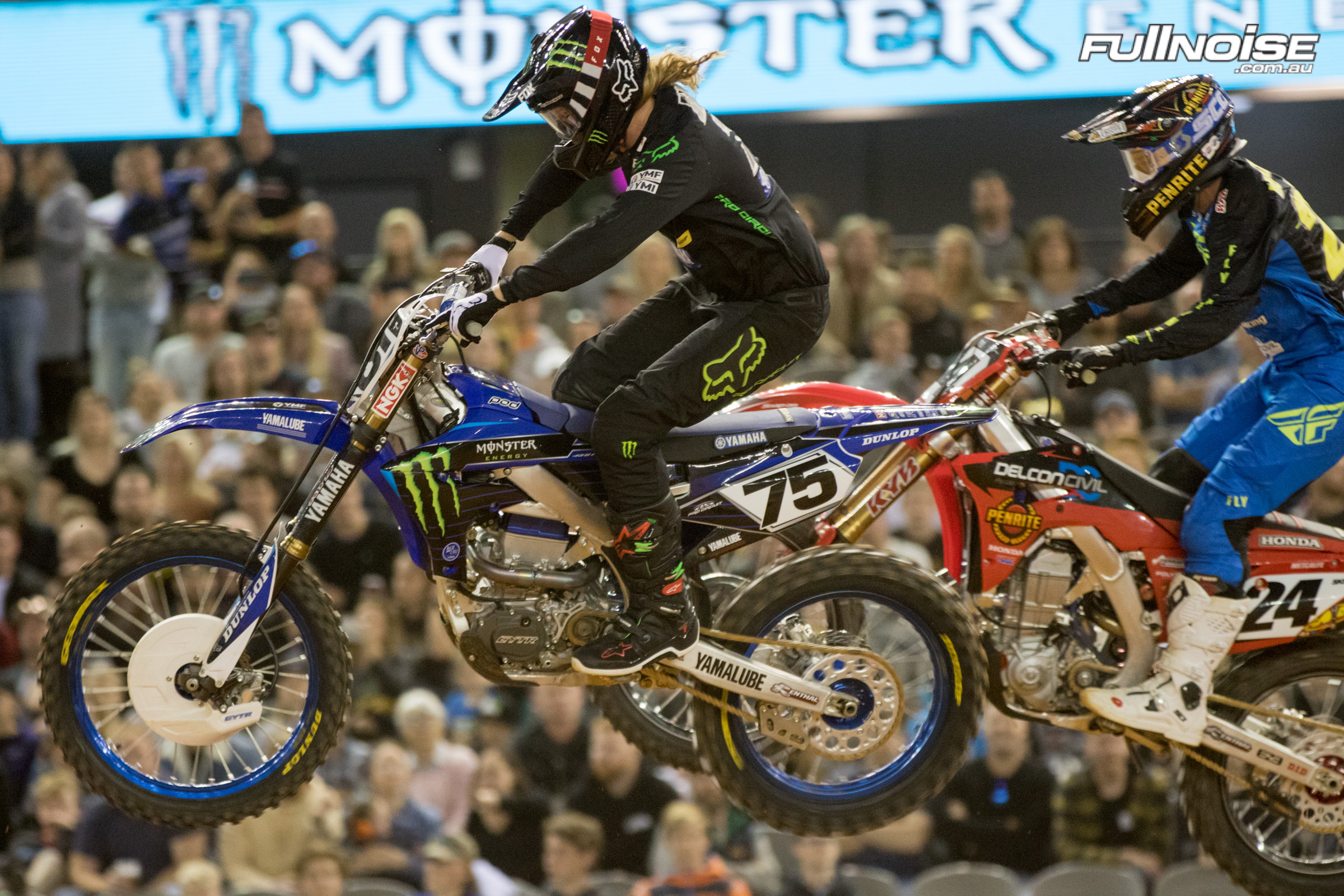 Hill charged to 3-4-2 results in a hectic night of racing and more than rose to the occasion.
And, with his three race stint here in Australia as a guest of Monster Energy and CDR Yamaha, Josh Hill broke through for his first podium in 2019. Hill has been a great asset to both the series and the team during his time in Australia as his easy going and friendly nature have gelled well with the Australian media, fans and motorcycle industry.

Hill charged to 3-4-2 results in a hectic night of racing and more than rose to the occasion. He was up the front in all thee races and challenging the likes of Justin Brayton and Jason Anderson. In only his three round appearances, Hill made his way to eighth in the championship.

‰ÛÏI had such a great time here in Australia and can‰Ûªt thank everyone from Monster and Yamaha for their support and enthusiasm in having my race down here,‰Û