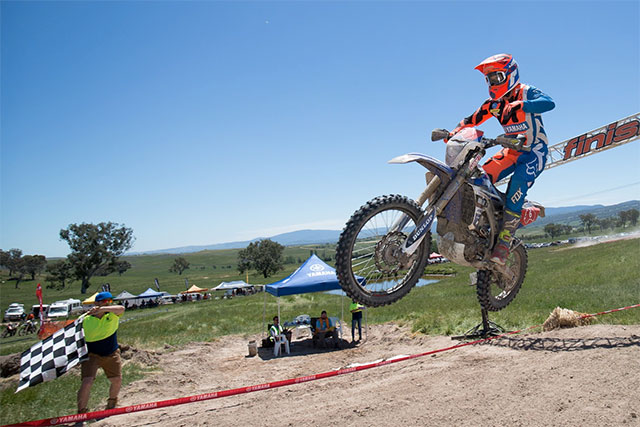 Hollis, who announced his retirement on the eve of the final day of racing, wound back the clock and turned on a performance on the final day that will long be remember in off road racing. Hollis stunned everyone when he leapt out front on his WR450F in the final moto and charged away like a rider half his age.

He never let up on his competition and took the win in the final moto and jumped himself from third to second in the final standings, leap frogging his close friend, Daniel Milner.

It was an outstanding week of racing by the 32 year old racer who clearly showed he can still mix it with the best riders in the world.

‰ÛÏI wanted to finish my career on a high and my goal was to finish in the top three so to be able to achieve that in an event like this is a good feeling,‰Û 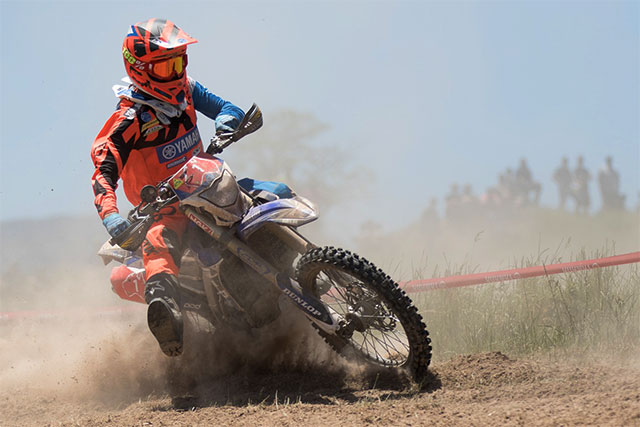 Daniel Milner working hard in the dirt and dust to take third outright. John Pearson
It was a roller coaster week for Daniel Milner who returned to Australia for the event. The four time winner was looking for five in a row when he took the lead after day one but then he made some mistakes during day two and slipped back a position. He battled hard on day three to close the gap down to just six seconds entering the final day but things didn‰Ûªt go his way in the final moto and he fell to third place in the outright standings.

‰ÛÏOverall, the first three days were pretty good and I put myself in a position to win this year but it wasn‰Ûªt to be. I fell in the final moto and the dust was pretty bad making it difficult to pass and I just didn‰Ûªt get it done.

‰ÛÏI have no excuses and I congratulate Mathias and Chris on a great week of racing. All of us were pretty close and they were both riding well. I wanted to make it five in a row but I didn‰Ûªt so I will be back next year to start a new streak,‰Û