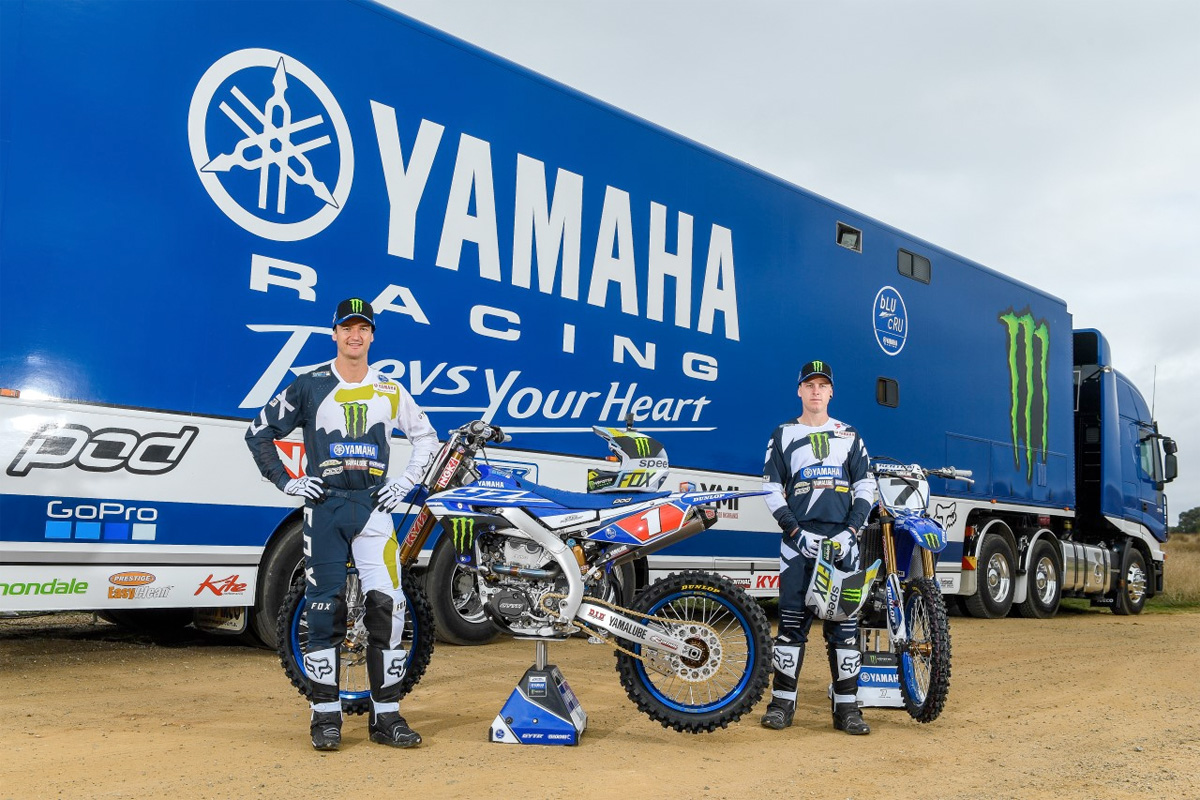 In line with new arrangement, the CDR Yamaha Monster Energy team can reveal a new racing livery on their factory YZ450F‰Ûªs of Dean Ferris and Dylan Long.

In an association that will run through the 2018 and 2019 racing seasons and including the MX Nationals, The Australian Supercross Championships plus other selected events, The CDR Yamaha Monster Energy Team will debut the new look at the opening round of the MX Nationals at Newry in Victoria on April 15.

CDR Yamaha have been on the crest of the wave, winning eight of the past 11 MX Nationals crowns in the premier MX1 division and continue to set the bench mark of professional motocross racing in Australia after being in the racing business for 26 years. The addition of Monster Energy as major team partner will only strengthen the position of both companies in their respective markets and ensure on-going success both on and off the track.

With two time and reigning MX Nationals champion, Dean Ferris, back at the controls of the potent YZ450F and showing ominous form in pre- season events and talented young gun Dylan Long on the brink of unleashing his obvious natural skill, The CDR Yamaha Monster Energy Team are poised for a hugely successful season.

‰ÛÏWe are excited to reveal Monster Energy as a major partner with CDR Yamaha for the next two seasons,‰Û