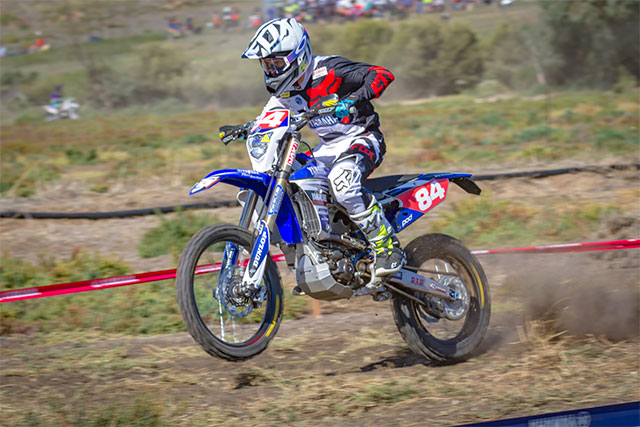 With tough, tight racing on the grass sprint format tracks today, competitors kicked their bikes into gear in the hope to redeem championship points and take the top step on the podium at Round 5 of the 2016 Yamaha Australian Off-Road Championship at Murray Bridge, South Australia.

With fine weather and a flat track, The Yamaha AORC produced some close racing as over 300 competitors took on the tough terrains today. The record entry numbers bringing in spectators from all over the country to witness the E1, E2, E3, EJ, Vets, Womens‰Ûª and Masters National Championship classes maneuver over the obstacles and fight through the trees.

The E1, E2, E3 and Transmoto 19 and Under classes competed on the Grovescaff test today.

E1 competitor and KTM mounted Jack Simpson showed his knowledge and talent on the Grovescaff grass track, much like a Motocross track from Simpson‰Ûªs background. The young rising Off-Road star concluded the day with a time of 1:05:43.063 and took out the E1 win ahead of Husqvarna Enduro Racing Team‰Ûªs Glenn Kearney. Despite his battle with young Simpson today, Husqvarna mounted Kearney couldn‰Ûªt quite catch the KTM star, only a fraction off his pace, concluding the day with a 1:05:43.803 time. The top four all finished with in the same minute of each other, however it was Riley Graham who rounded out the top three today with a finishing time of 1:05:53.123.

‰ÛÏI started off really well this morning, the first test was perfect, but unfortunately in the second test I stalled the bike and came off which made my time poor so I was battling all day to get back up to the pointy end,‰Û