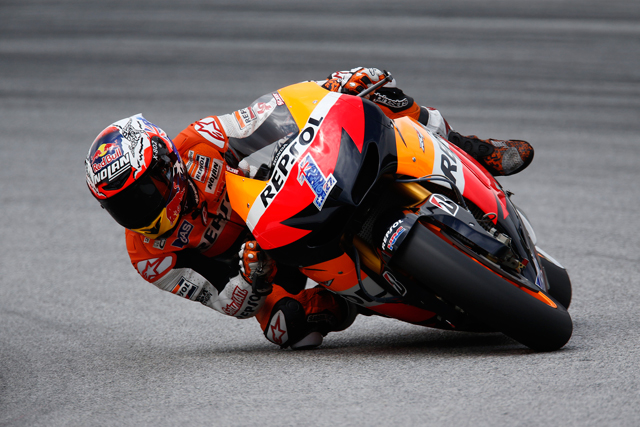 One year after retiring from MotoGP, Australian hero Casey Stoner will return to the Phillip Island Grand Prix Circuit to join fellow Aussie World Champions Wayne Gardner and Mick Doohan for a lap of honour at the 2013 Tissot Australian Motorcycle Grand Prix.

There are only three riders who have been recognised with their own stretch of bitumen at the renowned Phillip Island track and it is fitting that all three will ride together in a once-in-a-lifetime display for fans at next month‰Ûªs MotoGP event.

Stoner has completed hundreds of laps around the 4.445km circuit on race weekends but 2013 will be something different for the two-time World Champion.

‰ÛÏThe 2012 Australian Motorcycle Grand Prix was a fairytale ending to my MotoGP career,‰Û