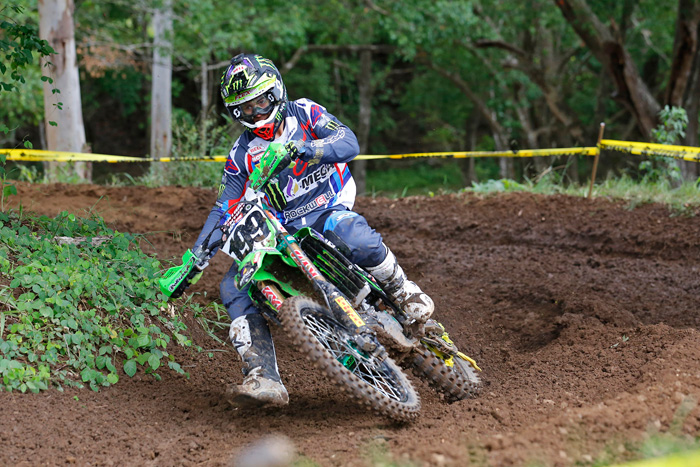 MEGA Bulk Fuels Monster Energy Kawasaki Racing Team rookie Nathan Crawford continued his rise to the top at the Conondale round of the 2017 MX Nationals on Sunday with a career-best third place race result in the premier MX1 class.

After qualifying in eighth, then crossing the line in ninth in the opening race, the 19-year-old shot his 2017 KX450F off the line of the second moto and concentrated on both trying to put distance between himself and third place. He forged ahead for most of the race in second position before a pass late in the race relegated him back to third, and fourth overall for the day.

Crawford was elated to have posted his best MX1 race result in front of his family and friends; a result that has seen him climb the championship rankings to sixth overall.

‰ÛÏWe‰Ûªre just making steps in the right direction and that‰Ûªs our goal as a team, to better ourselves every time we hit the track,‰Û