Callum Spriggs Moves In On SuperSport Lead With Second At Winton 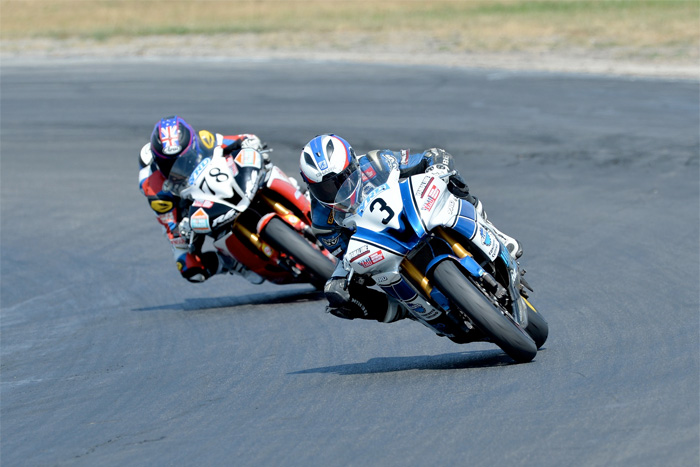 Callum Spriggs, on board his YRD / All Site Concreting Cutting / Yamaha R6, has closed to one point of the Australasian Supersport (600cc) championship lead after a stirring performance at the penultimate round of the championship, at Winton, Victoria, over the weekend.

Queensland based Spriggs finished second on the day to fellow YRD and Yamaha R6 mounted Michael Blair, but more importantly, he clawed back five valuable points on series leader, Brayden Elliot, and the pair are now set for a shootout to determine the 2015 champion at the final round at Sydney Motorsport Park in early December.

Spriggs was a model of consistency all weekend, taking home three second place finishes and the 66 points along with it to finish second for the round. While Spriggs was unable to get that elusive race win on Sunday, he was always at the pointy end of the field and less than .7 of a second separated him from victory in races two and three in some extremely tight racing.

After winning rounds four and five and his second place finish at Winton, Spriggs has plenty of momentum on his side and he is storming home in the championship after challenging start to the year.

While Spriggs has his sights set on championship success, it was Michael Blair on his Blairbuild / YRD Yamaha R6 that took the round win, his second for the year, with his 1-1-3 results. His impressive day at Winton now sees him set comfortably in third place for the championship, 39 points behind the championship leaders.

‰ÛÏLike the Superbike class, the Supersport championship is also going down to the wire,‰Û